Male victims of domestic abuse continue to suffer in solitude 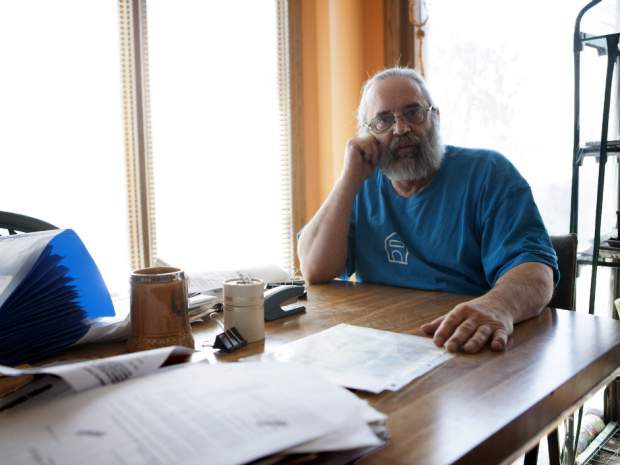 Male victims of domestic abuse continue to suffer in solitude

Last week, on the eve of becoming homeless as his house passed into its new owner’s hands, Earl Silverman of northeast Calgary hanged himself in his garage.

Silverman briefly hit the news a month ago, when he closed his Men’s Alternate Safe House (MASH), the only privately funded shelter for male victims of domestic violence in Canada, for lack of funds. For three years, MASH had temporarily housed about 20 men and a few children.

As I wrote in a March 27 column, “This story did not light up the switchboards, metaphorically speaking, of the media and government ministries.” The fact that men suffering from abuse now had exactly nowhere in Canada to turn for publicly funded shelter was the catalyst for a cavernous collective yawn — and exactly one letter to the Post editor, scolding men for their failure to become activists in their own behalf as women did.

The letter-writer had a point; men do tend to suffer in solitude rather than join forces to ask for help. As a result, abused are now where abused women were in the 1970s, before government swung into action to help. The problem of male abuse by their intimate partners has been “outed,” but there is no public system to deal with it.

So it would have been nice if somebody had written in to deplore the disparity in treatment between female and male victims of domestic abuse. For the silence on the letters page spoke volumes on the stubbornly persisting public perception that only women are victims of domestic violence, or that when men suffer abuse, they provoked it or deserve it.

The well-documented fact is that 25% of domestic violence is perpetrated by women against men who did not provoke it. Arrest statistics don’t reflect that reality, since men are routinely arrested in domestic disputes, no matter who provoked or did the most damage.

Explaining why he started MASH, Earl said: “When I went into the community looking for some support services [to deal with my wife’s abuse], I couldn’t find any. There were a lot for women, and the only programs for men were for anger management. As a victim, I was re-victimized by having these services telling me that I wasn’t a victim, but a perpetrator.”

Earl Silverman’s suicidal despair may have had some of its roots in personal psychological issues unconnected to a system that overtly excluded him. Warm and outgoing by nature, he smoked and drank too much. But then most suicides are due to a combination of internal and external factors. Some of the young girls who have recentlycommitted suicide were known to be psychologically fragile; contributing factors like “slut-shaming” seem to be what pushed them over the edge. They have certainly had our full attention and sympathy.

According to a friend, “[Earl] believed very much in fairness and justice and he was just staggered, constantly, that …something so simple and so logical as gender rights and equality would be so impossible to access for so many people.” His four-page suicide note urged changes in the system. In other words, his suicide was in part an act of political martyrdom.

It’s an easy fix to honour Earl’s last wish: Acknowledge the reality that men suffer from their intimate partners’ violence almost as frequently as women do, and almost as consequentially. Offer funded shelter and counselling to both men and women who need it. And while we’re at it, offer funded anger management to women who need it — there are many — as well as to men. We will then see male suicide rates go down. It’s that simple. If we care.