The concern is that the judge has suggested the need for there to be proven facts underlying other alternate explanations, and that reverses the burden of proof. 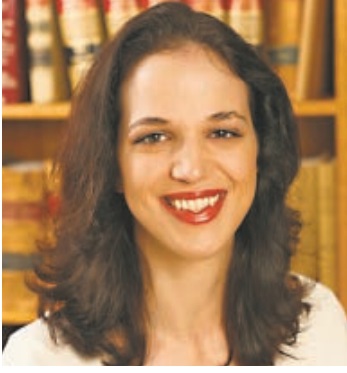 The Ontario Court of Appeal has set aside convictions in a marijuana grow-op case after determining that the trial judge erred in finding that “proven facts” must underlie scenarios suggesting the innocence of the accused.

In 2012, Justice Peter Hryn of the Ontario Court of Justice convicted Thu Van Bui of charges related to producing and trafficking marijuana, as well as firearm offences.

During the trial, police testified that they had found a sizable grow operation in a house owned by Bui and his wife, and arrested Bui when he arrived at the house with a key in his pocket.

A search of the sparsely furnished property turned up utility bills addressed to the couple, items of men’s and women’s clothing, and seven prescription pill bottles in the names of six different individuals.

One of the bottles had Bui’s name on it, for a prescription issued to him in 2006. As well, police found a loaded semi-automatic handgun and ammunition hidden under the mattress in the only bed in the house.

Justice Hryn determined that the key issue was whether Bui, who had owned the property for five years, had knowledge and control of the items in the house.

Noting that the evidence in the case was circumstantial, the judge cited the rule in Hodge’s Case that “conclusions alternative to the guilt of the accused must be rational conclusions based on inferences drawn from proven facts.”

In finding Bui guilty of all charges, Justice Hryn ruled, “There are no proven facts upon which I can infer that some imagined person other than the accused, controlled the marijuana grow operation in the accused’s house without the accused’s knowledge. Such a conclusion would be speculative, and not a rational conclusion.

The Crown has proven the accused’s guilt beyond a reasonable doubt.” In a unanimous finding, Ontario Court of Appeal Justices Robert Sharpe, Janet Simmons and Gladys Pardu allowed Bui’s appeal on grounds that the trial judge’s position regarding the proven facts was an error that led him to shift the onus of proof to the defence.

Noting that the Supreme Court of Canada made it clear that the rule in Hodge’s Case is not “an inexorable rule of law in Canada” in its decision in R. v. Cooper [1978] 1 S.C.R. 860, Justice Simmons added, “Further, the rule’s reference to requiring ‘proven facts’ to ground alternative explanations is problematic because there is no obligation on an accused to prove any facts.

“Although I acknowledge that the Crown’s case that the appellant was at least a participant in the grow operation was strong, the trial judge’s erroneous approach to assessing the evidence could well have tainted his assessment of this issue.” The court ordered a new trial on the grow operation charges, but entered acquittals on the firearm charges related to the handgun after finding that the judge’s conviction on those counts was an unreasonable verdict.

Justice Simmons pointed to a lack of evidence linking the accused to the weapon, as well as the possibility, based on the pill bottles and clothing, that someone else may have been in the house and hidden the gun in the bed without the knowledge of the accused.

Despite Supreme Court of Canada rulings in Cooper, and more recently in R. v. Griffin [2009] S.C.J. No. 28, indicating that there is no special rule for the standard of proof in circumstantial evidence cases, the concept continues to be resurrected, said Lisa Dufraimont, an associate law professor at Queen’s University.

“Really what we have is that the rule in Hodge’s Case —a rule that the Supreme Court of Canada has repeatedly distanced itself from and essentially said doesn’t apply in Canada —keeps reaching from beyond the grave and affecting the reasoning of judges, and that’s what happened in this case.”

Regardless of the type of evidence in a case, it needs to be clear that the standard of proof beyond a reasonable doubt has been applied, she added. “It’s not that the court is saying that (guilt is) not an available conclusion in this case,” said Dufraimont. “The concern is that the judge has suggested the need for there to be proven facts underlying other alternate explanations, and that reverses the burden of proof.”

That reversal of the burden of proof clearly doomed the trial judge’s finding, agreed Scott Cowan, a criminal lawyer based in Goderich, Ont. “If he had said, ‘I find the defence’s position to be fanciful and speculative in the face of a strong Crown case, and I’m satisfied beyond a reasonable doubt,’ I think his conviction would stand. “It’s a nice little case to remind us about the burden of proof.”