JPs found guilty of judicial misconduct are getting their legal bills paid for by the public purse.

Since 2009, five justices of the peace found guilty by their regulatory body, for charges including sexual harrassment, have had their legal fees compensated to the tune of more than $200,000. From left to right are: Paul Welsh and Errol Massiah. Not seen: Tom Foulds.

Taxpayers are picking up the legal bills of justices of the peace disciplined for offences including sexual harassment, falling asleep in court and demonstrating a “pervasive” lack of understanding of basic law.
Since 2009, five Ontario justices of the peace (JPs) had their legal fees paid by taxpayers, totalling $220,000, the Star has found. Four were found guilty of judicial misconduct, while the fifth resigned before a hearing took place.
Three were suspended by the Justices of the Peace Review Council, which has ruled on judicial complaints since 2007.
Toronto constitutional lawyer Rocco Galati says taxpayers should never have to pick up the legal bill of a disciplined JP.
“If they are acting outside the scope of the law and it’s a clear breach of their office then they should pay — no question,” Galati said.
“If you are disciplined as a doctor or a lawyer, nobody pays your fees.”
JP Errol Massiah was suspended for 10 days in 2012 after the council found he had sexually harassed female court staff.
The public forked out $123,000 for his legal fees.
Massiah is now facing another public hearing over similar allegations at a different courthouse, where he has been accused of leering at, touching or making sexual remarks to court clerks, prosecutors and defendants.
“Mrs. H, looking gooood,” he allegedly said to a female provincial prosecutor while looking her up and down as she walked into the courthouse, according to the notice of hearing. On a separate occasion, he allegedly leaned toward her, with his mouth close to her ear and said: “Oooh, lady in red.”
Massiah is also accused of inviting female court staff into his chambers while he was bare-chested or taking his shirt on or off. His case is ongoing.
A second JP, Solange Guberman, resigned before a panel could rule on the litany of allegations against her.
They included a “pervasive” lack of understanding of basic law, falling asleep in court, screaming at staff and calling them “stupid,” relying on police officers and prosecutors for advice and speaking French when she was aware not all parties in the court could understand.
Her legal tab of $36,000 was billed to the taxpayer.
Lawyer Doug Hunt, who presented the case against Massiah in his first hearing, said the compensation of legal fees for JPs was “an important issue that obviously needs to be looked at.”
“The government does not pay the legal costs of citizens who are acquitted, let alone someone who is found guilty,” he said.
But, Hunt said it is important JPs have access to resources to defend themselves against allegations brought forward by the government. 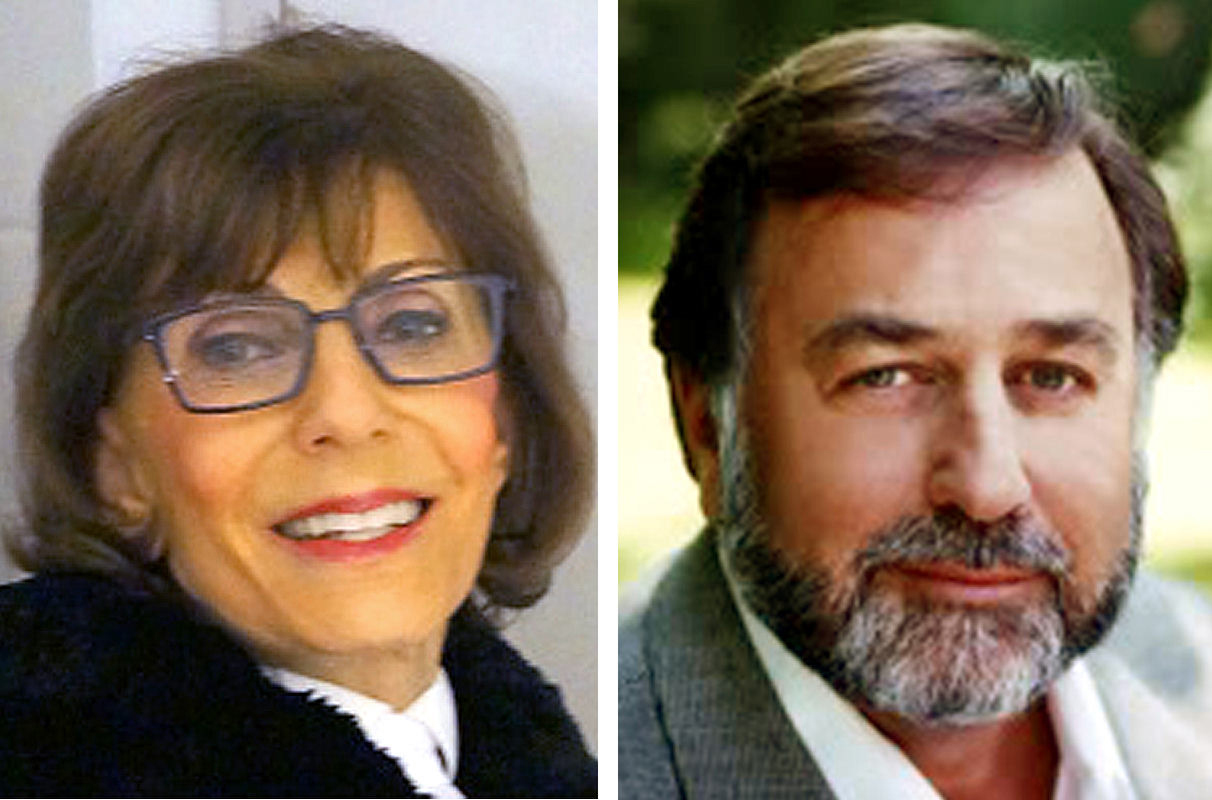 Justices of the peace found guilty of judicial misconduct are getting their legal fees paid for by the public purse. Since 2009, five justices of the peace found guilty by their regulatory body, for charges including sexual harrassment, have had their legal fees compensated to the tune of more than $200,000. From left to right are: Solange Guberman and Paul Kowarsky.

Under the Constitution, JPs are guaranteed judicial independence, Ontario judicial registrar Marilyn King said.
“Recognizing the nature of judicial independence, higher courts have held that judicial officers should be entitled to receive reimbursement of costs for legal representation where the allegations are dismissed, and in some circumstances where there is a finding of judicial misconduct,” she told the Star.
Galati, who recently blocked a judicial appointment to the Supreme Court, says that justification is “misguided.”
“Judicial misconduct and paying to defend judicial misconduct has nothing to do with judicial independence,” he said.
Judicial independence is about giving judges the freedom on the bench to make decisions without legislative influence — “not free to run amok and then expect the taxpayer to pay for their misconduct,” Galati said.
Ian Greene, York University judicial administration expert, agreed.
“Being independent means you try your best to decide impartially, it does not mean you have the right to be involved in sexual harassment,” he told the Star.
Ontario has about 400 JPs who preside over relatively minor provincial offence matters, such as bail hearings and issuing search warrants.
Every year about 50 complaints are lodged against JPs, but the vast majority are dismissed because they relate to a disagreement with judicial decision-making, King said.
A legislation change in 2007 gave the council power to conduct hearings against JPs and to ask the Attorney General to cover their legal costs. A spokesman for the AG told the Star on Thursday that the government paid the full recommended amount to all five disciplined JPs.
In 2013, Tom Foulds was suspended without pay for a week after attempting to influence an investigation by public health inspectors into a Toronto restaurant owned by one of his friends. The public paid $3,000 for his legal fees.
In Foulds’ hearing, the review discussed whether a guilty JP should have their legal costs covered.
The panel found that in cases where JPs were found guilty, their “costs might still be warranted, but on a lower scale.” The decision is based on factors that include the severity of the misconduct and complexity of the hearing.
Since then, two other JPs who admitted misconduct were made to pay their own fees.
Last week, JP Santino Spadafora, who was facing allegations of misconduct and fraud, escaped a disciplinary hearing by retiring from his post.
His allegedly inappropriate expense claims, totaling $16,400, “showed a pattern of repeatedly providing misleading and untrue facts,” the council said. The alleged fraud prompted criminal charges, which were later dropped.
Spadafora, 60, was due to face the allegations at a formal conduct hearing on Nov. 24, but he chose to retire— which meant the council no longer had jurisdiction over him, his lawyer, Mark Sandler, said.
Sandler requested the council compensate Spadafora’s legal costs. The decision is still pending.
The guilty JPs
The five JPs found guilty of judicial misconduct who have had their legal fees paid by the public purse: