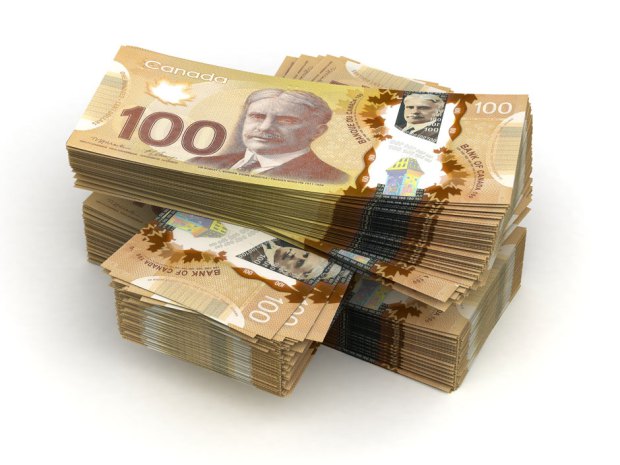 Free money not just the stuff of fiction.

People are often skeptical at the mention of “free money.” Pop culture has taught us that there’s always a catch. When the Joker dumped $20-million in cash on a crowd of parade goers in Tim Burton’s Batman, that windfall came with a side of hot air balloons spewing poisonous gas.

But here are five examples of when you may be passing up free money and we promise, this isn’t just a load of hot air.

“There’s usually a period of time that you have to be employed before you opt in. The problem is that nobody reminds you to opt in,” says Scott Plaskett, a certified financial advisor and CEO of Ironshield Financial Planning. “Or maybe they’ve opted-in but they never took a look at the investments and their money is just sitting in cash.”

Contact your human resources department to inquire about your employer’s benefits.

Setting up a Registered Education Savings Plan for your child and then not taking advantage of the government grants. According to an RBC survey, two-thirds of parents have already set up RESPs for their children but they are not making the maximum contributions. You can receive up to $500 a year in federal government grants when you contribute the $2,500 annual maximum (the federal government matches 20% of the first $2,500 contributed each year for eligible children) to a lifetime limit of $7,200. Set aside some time to put a financial plan in place. “We make time for what’s important to us,” Mr. Plaskett says.

“Low-income seniors are entitled to receive the Guaranteed Income Supplement if their income falls below approximately $18,000,” says Lise Andreana, a certified financial planner and author of Financial Care for your Aging Parent. “People don’t know they’re entitled to it and don’t apply for it.”

Inquire with federal and local jurisdictions for applicable grants.

Not researching the bursaries and scholarships that may apply to you as a student. Individuals, companies, charities and other groups offer free money through scholarships based on a variety of criteria (grades, volunteer work, athletics, financial need, etc.) If you’re still in high school, consult your guidance counsellor for leads or check online on sites such as ScholarshipsCanada.com and StudentAwards.com.

Forgetting to use your loyalty points. You have to spend money to get rewards; but if you don’t use those rewards, you’re wasting opportunities. Check if your points expire. For example, Aeroplan Miles expire if you haven’t earned or redeemed at least one mile in a 12-month period. As for Air Miles, starting Dec. 31, 2011, all reward miles have to be redeemed within five years. (Any miles earned before 2011 have to be redeemed by Dec. 31, 2016.)

Billions of Dollars of Free Money is handed out by the Ontario Government for its Fascist Terror campaign of Gender Superiority.

Ontario is riddled with Extreme Feminist man haters who are appointed to the Judiciary after spending a decade or more as lawyers for Ontario's Cartel of Criminal private corporations called The Children's Aid Societies of Ontario.

They could be called "The Mother's Aid Society" as they spend most of Ontario's Billions of Dollars on providing Free Legal Services for the most violent of females, women who engage in sadistic unprovoked violence against men.

The worst of the worst of these examples of professional State Funded Terrorists is Marguerite Isobel Lewis who personally Fabricates Evidence that male victims of unprovoked domestic violence actually admit to being pedophile.

Thats right, the worst , the most vile examples of humanity who work for the Criminal Cartel of Children's Aid Societies actually Personally Fabricate Evidence that Father's make admissions when NO admissions are made.

These falsely claimed admissions are accepted by the worst most vile examples of the Judiciary who turn a Blind eye to the most violent of Females and reward their Violence with Custody.

That results in billions of Dollars of Child Support, all tax free to reward Violent women.

If you think that's bad, there are some men, males, who work to Fabricate Evidence to NOT charge violent women.

Take Det. Peter Van Der Zander of the Ottawa Police, this professional fabricator of Evidence makes $120,000 a year for Fabricating Evidence NOT to charge violent women to remove children from Male Victims of the worst examples of Domestic Terrorism.

November is Wife Assault Month, but in Ontario there is apparently no such thing as Husband Assault month, that goes on every day, thanks the Ontario Government's Promotion of Violence against Fathers.

For that we can thank our collection of Dead Beat Man Hating Judges who Rubber Stamp any CAS or mother's request that results in 99% of custody or child protection cases resulting in Fathers NOT being given custody.

Across Canada around 75% of children grow up without a father, thanks to Terrorists like Marguerite Isobel Lewis who personally fabricate evidence with the Blessing and encouragement of Ontario's Dead Beat Man Hating Judiciary.