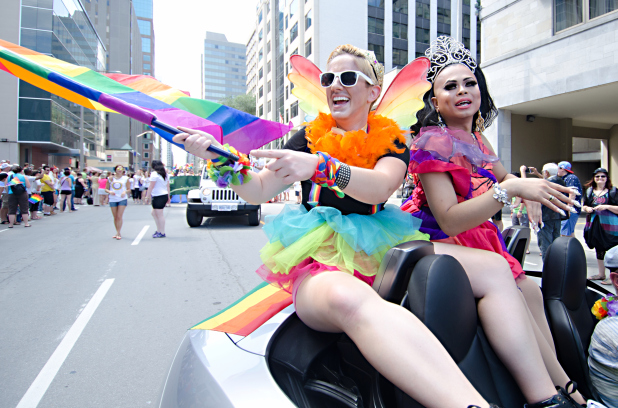 Two groups are vying to take over the beleaguered Capital Pride festival, after the organization officially dissolves on Wednesday night.

The group’s last annual general meeting is likely to be a heated one, as board members will face tough questions on the organization’s bankruptcy, alleged accounting irregularities and the future of the festival that’s due to celebrate its 30th anniversary next year.

Current chair Jodie McNamara has already been facing criticisms online about creating a “secret committee” to take over Capital Pride. But she maintains that’s not the case – her group has simply not publicized it. According to a post on her Facebook wall, she has about 20 people in her group from about 14 different LGBTQ groups.

Whatever happens, the Capital Pride membership of 100 people will be asked to help decide the festival’s fate at the AGM with a vote on which proposed successor the comunity should go with said McNamara. Although she conceded that the vote would not be binding and anyone could throw a pride festival, such a festival would be meaningless without buy in from the community.

A Daily Xtra story said McNamara’s pulling together a committee was a conflict of interest, but McNamara told Metro she was in a “unique position.”

“No one else was doing it, so I did it,” she said. “I didn’t do it as chair of Capital Pride. I did it as a community member and the organization had nothing to do with it.”

McNamara also reportedly told Daily Xtra that Capital Pride has a “significant offer” from a potential sponsor, which would help pay for the parade and a fair.

Another group hoping to take over Capital Pride is being led by Francois Zarraga, who said he has “had enough” of the current organization.

While he said the alleged financial irregularities are the key problems plaguing Capital Pride, he also takes issue with the group’s failure to include Gatineau. He would not give details on his plans, but said he envisions Pride on both sides of the river, complete with a full French translation. His group – which he said has just three members, but is growing – has been in the works for about a year.

“We cannot have the same people in the committee ever again,” he said in a Facebook message.

Event producer Sebastien Provost said a $23,700 cheque for alcohol bounced. Guillaume Tassé, who supplied portable washrooms, lighting and sound systems, among other items said he was still waiting for a $42,000 cheque at the time the group declared bankruptcy.

The Capital Pride AGM will be on Wednesday at City Hall starting at 6 p.m. It’s open to the public.

In a notice about the AGM, McNamara said the Capital Pride board of directors would not take questions from the floor about bankruptcy, for legal reasons. However, there will be a report and a lawyer available to answer general questions.

– With files from Sean McKibbon

When it comes to supporters of Gay Pride, The Children's Aid Society of
Ottawa takes the cake.


The Children's Aid Society is entitled to believe in diversity however they discriminate against heterosexual males, especially fathers.


Across Ontario, the Criminal Cartel of Children's Aid Societies seeks out and employs those with a pathological hatred of fathers.


Marguerite Isobel Lewis goes to extraordinary lengths in her war on  fathers.


father, even telling him that he deserved absolute cruelty. Marguerite Lewis gave personal evidence , a complete fabrication, that the father made admissions when no admissions were made.

She then fabricated that the mother's admission to assaulting the children was not an assault but discipline, a classic lie told in numerous cases where Child Protection Workers Fabricate evidence for mothers. She did that in front of a Corrupt Judge Timothy Minnema who used to work for Ontario's Criminal Cartel of the Children's Aid Societies at Kingston before he became a Judge, a rubber stamp for the CAS, and even personally fabricates evidence against fathers not to mention turn a deliberate blind eye to CAS lawyers when they blatantly fabricate evidence in front of him.


Ottawa has another pathological man hater, CAS lawyer Tracey Engelking, who obstructs justice by going to her special judges who give her "Ex Parte Orders" to place children with the most violent of mothers, without notice to the father.

Its called Obstruction of Justice.

Its also Deliberate Child Abuse by a lawyer, entrusted by society to


Promotion of hatred is also a criminal offence. The persons mentioned here are effectively promoting hatred towards fathers and in particular, promoting murder and violence by women towards men. These are some of the scariest most dangerous people you will meet in Ottawa if you are father or a child who has a father especially if they happen to be the victims of female violence.


When you march on Gay Pride Day, watch out for two Professional Criminals
and Child Abusers, Marguerite Lewis, Tracey Engelking and other Ottawa
Criminals like Justice Jennifer Monique Metivier, Justice Jennifer Belishen
who used to work at the Children's Aid Society of Ottawa.


Before you rush to "Flag" this post, be advised that the Ottawa Police
Sgt. John Gibbons did an investigation and after reviewing the evidence
concluded with respect to Marguerite Lewis that "She lied to the judge, its
perjury".


Later, Tracey Engelking spoke with Sgt. John Gibbons and he dropped the
investigation.


The corrupt Judge who gave Tracey Engleking her "Exparte" illegal order,
that was "obstruction of Justice" was none other than Justice Monique
Metivier, who promptly "Retired" to avoid action by the Judicial Council.