When is a bank robbery not a robbery? When the teller isn’t scared, judge rules 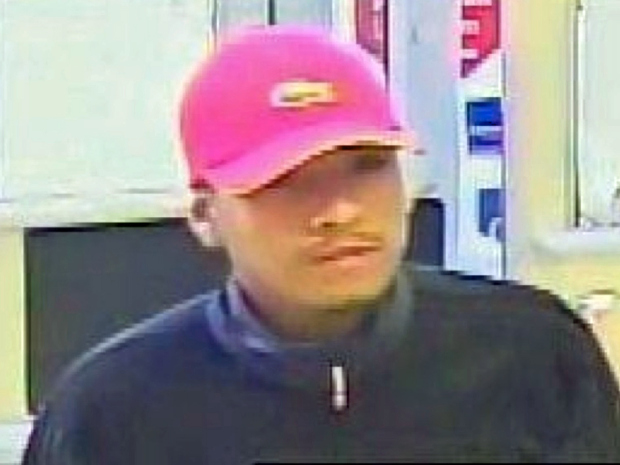 A man who walked into a bank, gave a teller a note saying “This is a robbery” and then demanded money, took $600 cash from the teller, and left the bank with it, has been cleared of a robbery charge by a judge who ruled what he did is not, in fact, a robbery.

The judge found a bank robbery is only a bank robbery if the teller is scared, and in this case the teller felt something closer to sympathy or pity, because the hold-up note mentioned the man’s sick mother. What this man did, according to the new ruling, was the far less serious crime of theft under $5,000, to which he pleaded guilty.

“When someone walks into a bank and hands a teller a note demanding money, it is usually considered to be a robbery,” the judge wrote. “But in the unique circumstances of this case, it was just a theft.”

The teller had a “thick skin,” the judge found. “While others might have reasonably been frightened, she did not experience any fear at all… There was no robbery.”

As the teller was about to serve him, he stepped back, spoke in Spanish to someone on his cell phone, then he handed over the note, which read: “This is a robbery, give me the money, my mother is sick.”

“The teller initially hesitated because she could not believe what was happening,” the judge wrote. “In a calm voice, [Mr. Oliveiros Ortega] said: ‘Give me the money.'”

When the teller handed over the $600, he asked for more, but the teller refused. He asked her to put the money in an envelope. She did, and he left.

In her testimony, the teller said she felt no fear at all, neither for herself nor anyone else, and handed over the money, according to the judge, “because he asked for it and also because she felt sorry for him, given that he looked so young and his mother was sick.”

The judge noted that another teller heard some of the exchange and did not feel afraid either.

In the Crown’s view, the teller’s state of mind was irrelevant, and it only needed to prove Mr. Ortega’s conduct was objectively threatening, or that a reasonable person would be scared. It argued that requiring the teller to be scared “frustrates the operation of the provision.”

‘This is a robbery, give me the money, my mother is sick’"

Justice Gary Trotter was not persuaded. He pointed out the word “robbery” and its past tense “robbed” have many meanings in common parlance, from break and enter to financial fraud. “More colloquially, and beyond the realm of the criminal law, the term ‘robbed’ is sometimes used to describe great misfortune in other circumstances, including sporting events,” the judge wrote.

Robbery is defined in the criminal code like this: “Every one commits robbery who steals, and for the purpose of extorting whatever is stolen or to prevent or overcome resistance to the stealing, uses violence or threats of violence to a person or property.”

Legal precedents say threats can be explicit or implied, and implied threats must involve a “reasonable apprehension of physical harm.”

So, because no one apprehended physical harm, the defence view won the day, on the grounds that the victim’s subjective fear is a necessary part of the crime of robbery, and without it, there is no “threat.”

Mr. Oliveiros Ortega’s lawyer, Anthony DeMarco, initially refused to answer any questions about the case, because it is not “sensational.”

“It is not something that needs to be written about in my opinion,” he said, and abruptly hung up. Later, he said the decision “is on all fours with accepted Canadian law on the issue of robbery. On the facts presented by the Crown, there was no robbery. There was a theft, and he duly pleaded guilty to that theft. The subjective element that the decision turned on, that requirement, is in keeping with appellate court law in Canada, and is in keeping with the standard jury charge [on robbery.] If a jury had been there, the jury would have been told they have to look for the subjective element.”

He declined to say whether Mr. Oliveiros Ortega’s mother actually was sick, and said the question was inappropriate.

Journalists in Canada need to attend 161 Elgin Street Ottawa and hear the lawyers gossiping in the hallways about the incredible corruption that exists in the Ottawa Judiciary.

Recently, I heard no less than 3 groups of lawyers in the space of about 100 feet, all talking about Ottawa Lawyer Marguerite Isobel Lewis who personally fabricates evidence in the court room on behalf of Ottawa's Criminal Organization called the Children's Aid Society of Ottawa.

Ottawa Judges are largely selected because they used to work just like Marguerite Isobel Lewis, as lawyers for this well known Government Funded Criminal Organization and then, act as sargents at arms, rubber stamping, cases to the point that these criminals get what they order from their own Fassccist Judges who believe in Ontario's Fassccist Program of Gender Cleansing that results in 99% of children being placed in the care of mothers.