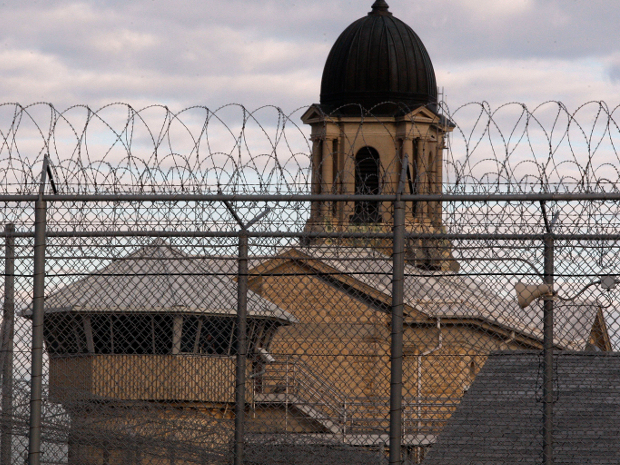 The Stony Mountain Institution outside of Winnipeg.

It is widely recognized that rehabilitation is not a priority in the federal system. Far too many offenders spend their time in prison without accessing the programs they need. The result, according to a reliable source, is on-going violence and despair on the inside and an increased risk of individuals re-offending when released. Denunciation and imprisonment satisfy society’s desire to punish offenders and reinforce shared values by deterring crime. However, there is little evidence to support the general deterrence argument — that is, that the more severe the punishment, the greater the deterrent effect. Research simply does not support that proposition.
Emile Therien, board member, John Howard Society of Canada, Ottawa chapter, Ottawa.

It is great that homicide rates are dropping, and the criminologists and the sociologists have some interesting theories to explain the trend. But could it be that our medical services are also becoming more successful at saving lives? In combat situations, there have been vast improvements in survival rates, due to the use of helicopters to rapidly evacuate the wounded and improvements in equipment and procedures available in field hospitals.

In a civilian context, the speed at which an assault victim is evacuated has been improved by the use of cell phones and 911 systems, as well as the rapid response of EMS teams (I have had three personal experiences with Calgary EMS this year). So maybe a greater percentage of the homicide attempts these days are being thwarted by excellent emergency medical responses, driving down the actual homicide numbers.
Gerry Ennis, Calgary.

‘Do the right thing’

Re: Auditor, Ombud Fight Over Roles, Dec. 3.
Ontario Ombudsman Andre Marin is a lawyer. Auditor-General Bonnie Lysyk is a chartered accountant. Obviously, they have different professional backgrounds, experience and expertise. Neither can competently fulfill the other’s role. Thus, they should be focused on righting wrongs in government by exercising mutual co-operation with mutual respect and by avoiding turf war in their separate, but complimentary, pursuits.

God knows Canadians suffer enough from the incompetence of many elected politicians with sketchy resumes and questionable motives for seeking office. Surely two, well-educated, well-compensated professionals can respect their separate, if similar, obligations to taxpayers and do the right thing … together.
Warren Adamson, Mississauga, Ont.

IF the conservatives truly believed in economic management they would not throw the highest numbers in jail without taking some advice from those with experience in the criminal justice system.

The courts in turn invent their own "Rubber Stamps" to tell them what is politically correct, and to hell with the facts.

Ontario now has an ingrained corrupt judicial selection process that hires the least suitable and the very personalities who will abuse power in a quid pro quo to repay the government for anointing them to the bench.

They get their crazy success by having corrupt Judges like
MONIQUE METIVIER who "rubber stamps" exparte requests for "custody orders" to act in contempt of the legislation.

Ontario is riddled with Government Funded Criminals who cost tax payers Billions of dollars for their own benefit.