RCMP blames email mix-up for sending details of a woman’s complaint of sexual assault to a Toronto Star reporter Wednesday. 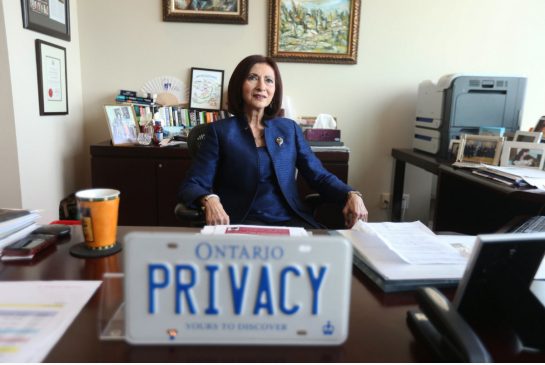 OTTAWA—In a serious breach of privacy, the RCMP accidentally sent details of a woman’s complaint of a sexual assault to a Toronto Star reporter.

The woman’s note to the RCMP details an attack that happened decades ago but is potentially related to an ongoing police investigation. It was inadvertently forwarded to the Star Wednesday morning.

Told of the mix-up by the Star, the woman was dismayed to learn that her complaint to the Royal Canadian Mounted Police had been revealed.

“I did believe it was a confidential email,” the woman told the Star.

The mistaken disclosure made her question whether she should have come forward at all. “I wonder if I should have sent anything,” she said in a telephone interview Wednesday.

The Star is not identifying the woman. Nor is it revealing details of the assault to protect her identity.

She reached out to the RCMP Tuesday night to outline circumstances around a sexual assault that happened several decades ago. She told police that she was threatened with death during the attack and feels lucky to be alive.

She said that she had never previously reported the assault but told the police she believes it could be related to a current investigation. It appears she used an on-line form on the RCMP website to provide details of the incident to the police.

On Wednesday morning, the RCMP “webmaster” forwarded her complaint to a Star reporter with the subject line “tip” and name of the ongoing investigation. The information sent to the Star included the woman’s name, work email address and telephone number.

The RCMP blamed “autofill” for automatically — but mistakenly — filling in the name of a reporter on the email, instead of the police division it was intended for.

The woman told the Star she is understanding of the error. “I have to admit in my lifetime I have probably sent the wrong email to the wrong person on occasion,” she said.

RCMP Cpl. David Falls said the police force had apologized to the woman and explained what had occurred.

Falls, a spokesperson for the RCMP, said the force would also be reviewing how it processes emails received in its national email account.

“Any time you have personally identifiable information, especially of a sensitive nature, you have to have additional measures of protection. You can’t leave it to chance,” she told the Star in an interview.

She said information like the complaint that went astray can’t be treated like typical office correspondence and instead demands extra safeguard to ensure it’s not misdirected.

“If you’re the RCMP charged with protecting people and their information, then additional measures have to be invoked,” said Cavoukian, now the executive director of the Privacy and Big Data Institute at Ryerson University.

And she said the RCMP can’t write it off as a simple, human mistake.

“Even though nothing was intentional, that’s not the point. Errors happen, lives get ruined,” she said.

“When we talk about privacy by design, it’s all about embedding security and privacy protective measures to prevent privacy harms from arising, such as this one.

“It’s all about being proactive, not leaving it to chance, not enabling those kind of automated responses to take place.

She said she was surprised that the RCMP’s media contacts were part of their general email list, making such an error possible.

“Surely you would have media segregated to a different area,” she said.

She worries that unless email protocols are strengthened, this mistake could happen again.

Another feminist view of the police when it appears out of a very large number of cases, a very rare case a mistake occurred and an email was sent to the Toronto Star who behaved responsibly.

The Ottawa Police however have a different standard. They Fabricate their own evidence NOT to charge violent women while charging male victims of domestic violence even when they are members of other police forces.