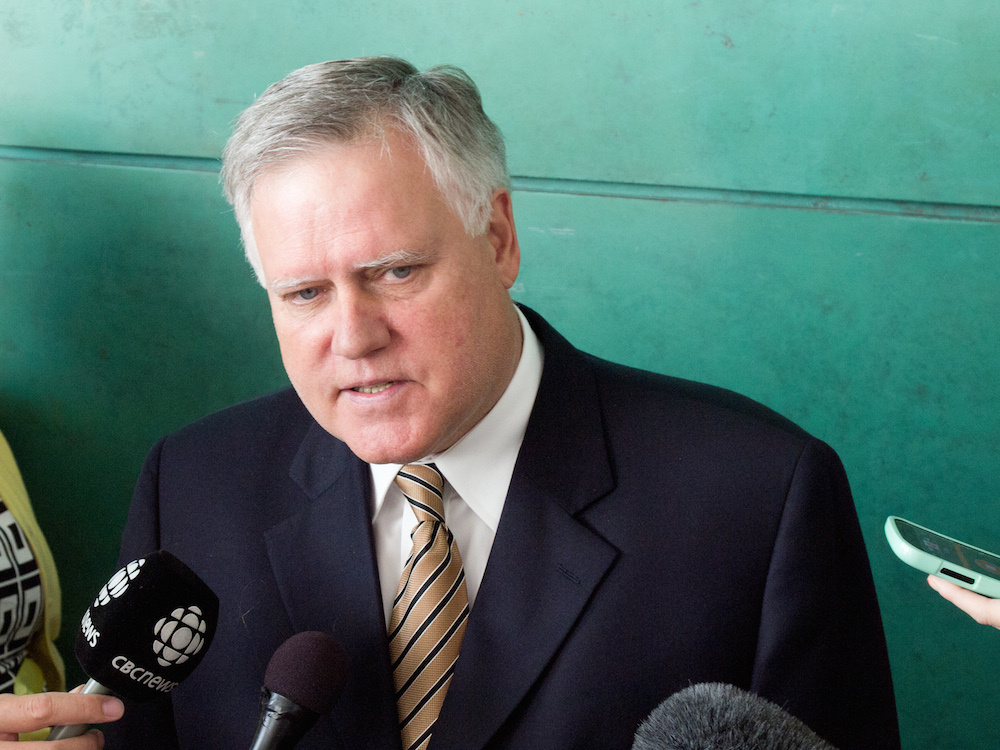 While there was lots to like about the first council meeting of the term held Wednesday, not every decision made by council was laudable. In particular, the decision to raise the disclosure threshold from $30 to $100 was misguided, to put it kindly.

When council adopted the gift registry in May 2013, councillors at the time voted to make the disclosure limit quite low — $30, one of the lowest in the country. What that means is that councillors could accept anything valued at $30 or lower without worrying about disclosing it. In the words of Coun. David Chernushenko, the $30 threshold covered “a coffee, a sandwich, a ball cap.”

Councillors were still able to accept gifts worth more than $30, but they’d just have to disclose them on the city’s online gift registry. At the time, the city’s Integrity Commissioner appeared thrilled about the $30 level. (Councillors have to register gifts of event tickets as well, but that falls under a different part of the policy. And at no time are councillors allowed to accept gifts of any value from anyone with an active file on the lobby registry.)

Suddenly, however, the $30 limit is apparently too low. According to the integrity commissioner, the $30 threshold is capturing thank-you type items that it was never intended to capture: jersey valued at $85; a china vase valued at $65; an engraved, ceremonial shovel valued at $100. Because of this, Marleau was recommending that the threshold be raised from $30 all the way up to $150, which most councillors liked just fine.

“The trend in both the corporate world and in public life (is) against gift-giving as a practice,” Marleau told council.

So if there are so few gifts being given and received, why did we have to raise the limit? It’s hard to believe, as some councillors like Coun. Rick Chiarelli have claimed, that it’s such an “administrative effort” to register what amounts to a couple of gifts per quarter.

Although that’s not as ludicrous as Chiarelli’s other suggestion that the gift registry rules are causing “angst among community groups who many want to give protocol gifts and don’t want to be insulted.” (I can’t imagine any community group, which is usually dependent on both volunteers and donations to operate, that wouldn’t be thrilled to find out that they shouldn’t give councillors ANY sort of gifts. Wouldn’t that be a relief to them? I doubt the men’s club at the church where Chiarelli spoke would have been “insulted” if the councillor graciously returned the $50-Chapters gift card they gave him.)

Perhaps the real reason that the number of gifts on the registry is down is that councillors didn’t accept certain gifts because they were worried about how it might look when disclosed — a lunch here, a dinner there, a golf tournament on occasion. If so, then the gift registry was working exactly as it was supposed to. Just not the way many councillors wanted it to.

In the end, council voted in favour of the “compromise” gift registry disclosure level of $100. Better than nothing, I suppose, but still a shame that the level was raised at all.

And the mystery persists about how Marleau could argue on one hand that a $30 disclosure level was capturing too many gifts, but that the number of gifts was way down. It just doesn’t make sense.

When it comes to "Gifts" perhaps City Hall should ponder the fact that the City of Ottawa spends hundreds of millions of dollars as a result of the Ontario Governments Billion Dollar funding of the Criminal Cartel called the Children's Aid Societies of Ontario.

In Ottawa, both the Ottawa Police and their partners in crime, the Children's Aid Society spend around 75% of their budgets promoting Domestic Violence towards children and fathers.

That puts the victims out of work, destroys their ability to earn an income, most end up on social assistance and or many of the perpetrators end up with unlimited legal and police assistance in fabricating evidence and or creating endless costs to society that also destroys the lives of children most of whom never see their father again.

Ottawa CAS Lawyers like Marguerite Lewis and Tracey Engelking are two of the typical causes of Child abuse and Domestic Violence.

Our Judiciary in Ottawa are the supposedly where the buck stops however, they act akin to the those who operated concentration camps during ww2, devoid of conscience, a collection of criminal psychopaths who are hell bent on promoting violence towards children and fathers as part of the Ontario Governments Gender Superiority Program.

City Hall is akin to the CAS. The CAS get their judges anointed as Judges. As does City Hall.
The present Attorney General used to work for the City of Ottawa as do a string of other professional Rubber Stamps.

While Ontario operates with such a corrupt mentality, taxpayers will be forced to fork out billions of dollars for the State Funded Criminals like Marguerite Lewis and Tracey Engelking.

Then of course there is the corrupt Crown Attorney Tara Dobec who stays charges against violent female offenders and Det. Peter Van Der Zander who fabricates Evidence NOT to charge women who try to strangle to death the fathers of their children.

Ottawa is a cess pool of Crime by those in Authority in Ottawa.

Its' enough to make you want to puke.

Don't ever expect justice in Ottawa.