When does lying to a woman for sex become rape? 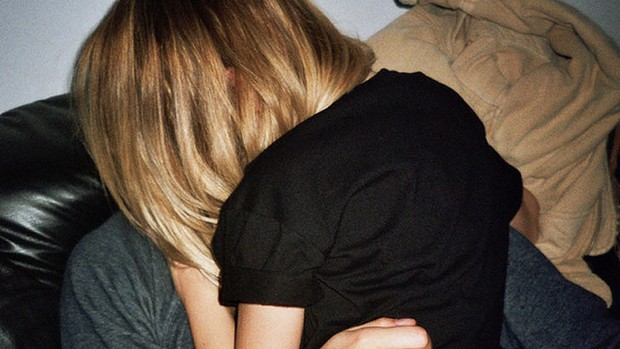 Imagine this: A famous film producer tells an aspiring actress that if she sleeps with him, he will transform her career. There's no subtle hinting – he tells her straight out that if she has sex with him just once, he will give her the starring role in his new movie alongside an A-list star.

She agrees. But as soon as it's over, she finds out that he was lying. He isn't the producer she thought he was; he's a creep who made it all up.

This man tricked her for sex – but did he rape her?

According to one American lawmaker, he did. Assemblyman Troy Singleton would say that it is a clear case of 'rape by fraud' – something he is trying to make illegal in New Jersey.

He wants the state's definition of rape to include 'sexual assault by deceit', which he defines as "an act of sexual penetration to which a person has given consent because the actor has misrepresented the purpose of the act or has represented he is someone he is not."

Singleton's point is that in most negotiations in life, if one party is found to be guilty of deception, any agreement between the two of them is then invalid. The consent no longer exists. So, why shouldn't that apply to sexual transactions?

Fiona Elvines, of national charity Rape Crisis, explains: "It shows that consent is contextual. It's about making someone say yes to something they would otherwise say no to. You could compare it to grooming - just telling someone things that are manipulating them to make a decision they wouldn't otherwise make."

She defends the hypothetical case of the actress and the producer: "I wouldn't want to say that the sex was consensual. It's being used in an exchange capacity, and the terms weren't met. You cancel out the sexual contract.

"If you need to trick someone into having sex with you, you're a perpetrator."

Aren't we a nation of sexual liars?

It is a bold thought, but don't most people at some point overplay their hand in pursuit of carnal pleasure? If we think of sex in this way, every rom com suddenly loses its light-hearted fluffiness and becomes a serious portrayal of 'rape-by-fraud'.

Every single one of us might have unwittingly frauded someone into bed, and thus be guilty of rape. It's so extreme that it sounds implausible. Forget the idea of it ever becoming a law – is 'rape by fraud' even possible?

Elvines says it is. She quotes examples of someone who has sex with somebody without telling them they have a sexually transmitted infection (STI), and the person who claims he is wearing a condom but secretly isn't - as Julian Assange was accused of doing.

These cases are easier to accept as serious fraud – under English law you could prosecute for them, though they wouldn't fall under rape. Their potentially dangerous consequences do make a solid argument for the idea of 'rape by fraud' – if the victim had known that information, chances are they wouldn't have agreed to sex. There wouldn't have been any consent.

The only problem is that if you accept these awful acts as rape, then where do you stop? STI deception is serious, but what if a man tells a woman he loves her to get her into bed but doesn't mean it? What if he pretends he's a billionaire but is actually unemployed?

"It's the line at which deception is made," says Nicole Westmarland, professor of criminology at Durham University. "You could say that about face cream that promises to make you beautiful. That's deception but it's the degree of deception? It's about what degree you go to. I think it would be dangerous ground. It's not nice, but is it rape?"

How far do you go?

Elvines thinks that we don't need to draw a line at all – she says that when it comes to consent there isn't even a grey area: "It is very black and white. You can only consent based on the information you're provided with. Nothing's trivial if it's what someone's basing their decision of consent on. It's not really our place to say what should impact on your decision.

"Consent is about freedom and capacity, which is normally interpreted as mental capacity and related to drugs and alcohol. But how much information you're provided with can also affect your capacity."

Her view is currently not part of the Government definition of rape, or even a societal one. That's just not how we think of rape. What she's describing is something many of us have probably experienced, but chalked up to a bad experience.

But - it would be dangerous to ignore her point. Decades ago, we as a society struggled with the idea of consent. We didn't think that a husband could ever rape his wife. We didn't believe someone could be too intoxicated to give consent. Those ideas were revolutionary to us and difficult to stomach at the time.

What if 'rape by fraud' is the next reality we need to get our minds around when it comes to consent, and we're just ignoring it the way we did sexual assault and harassment for so long?

We need to face up to it

Clare McGlynn, professor of law at Durham University, thinks it is a serious problem but only in very specific situations. She raises the recent controversy of undercover police officers who had sex with women on duty: "It is not clear that English law would cover the sexual activities in these cases as sexual offences, and the undercover officers have not been prosecuted.

"I do think they should have been charged and prosecuted for these activities. The women would clearly not have consented to sex had they known the men were undercover police officers. I think there is a level of deception in these cases which raises them above the 'I love you' sort of deception [where someone pretends to in love to convince someone else to have sex with them]."

This isn't just the stuff of Shakespeare, where 'bed swapping' and sex through deceit was the norm. It clearly happens in today's world, and it's not just the cases where people embellish details of their lives to impress others.

We do need to think about 'rape by fraud' and we shouldn't ignore it. But what we shouldn't do is rush to follow New Jersey and propose it as a new British law. We already have so many issues with our current understanding of rape, and widespread ignorance on sexual assault means that we have difficultly getting rape convictions.

Don't call it 'rape by fraud'

It's why we shouldn't call it 'rape by fraud' either.We live in an era where'rape culture' is part of university campuses, people make jokes that trivialise the crime and they believe in "blurred lines". If we call this sexual deception rape, then we're changing the meaning of a crime that many people already struggle to understand.

This sexual fraud is something we should discuss and face up to, but we need a new name for it. By linking it directly to the rape we think of today - where someone is forced into sex and does not give consent in the moment - we're confusing an already complicated issue.

It encourages ignorant people to make the inevitable comments of: "So now these feminists think that lying is rape?! These women are probably reporting rape because they thought they were sleeping with rich men, who turned out to be unemployed."

Those atittudes take us backwards, but we need to move forwards. If we call this type of deceit 'rape by fraud' then we're devaluaing what rape is. To some, we'd be downgrading the serious crime of rape.

The better option would be to broaden our understanding of consent and the responsibilities sex comes with. Deceiving someone as a way of getting them into bed needs to be a separate offence to rape, if we need to criminalise it all - because as Westmarland says: "Calling everything that's not nice about sex 'rape' is a dangerous path to go down."

Rape of course only has a Gender Lens applied to it.

Women are not deemed to rape men and when they do, its more likely than

not to have far more serious repercussions.

without his consent. Most of the time she tells a pile of lies to get him to have sex with her.

"I know my body and I can't get pregnant now.

and most of the time, the women who do this have serious personality disorders

Welcome to the Fascist World of Gender Superiority.