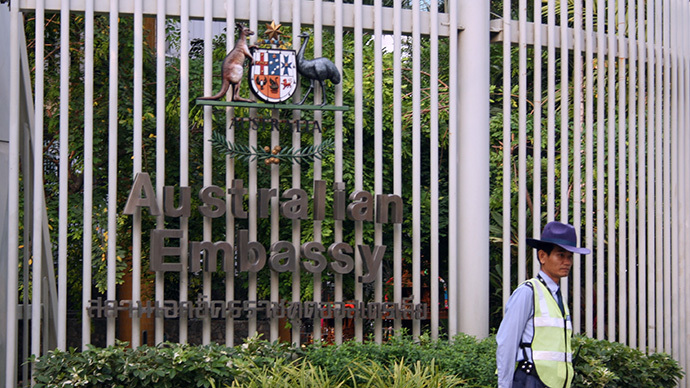 Australian embassies have had it with reckless travelers and their bizarre requests for assistance. From evicting roof-dwelling polecats to paying for jet ski repairs, the embassies have heard it all.

Foreign Minister Julie Bishop warned Australians on Wednesday that they cannot rely on the embassy to bail them out of trouble whenever need be. The new policy will provide minimal consular services to travelers who willfully or negligently get themselves into scrapes. Bishop also said the ministry was considering instating a fee for consular assistance, reports AP.

Bishop explained that many tourists misunderstand the point of consular services and seek embassy help solving private matters. The minister unscored the need for “self-reliance and personal responsibility” among travelers.

"There are people we would describe colloquially as serial pests who are constantly bouncing back into the embassy because they've run out of money or they've got some sort of other personal problem and they often come to the embassy and the consular teams expecting us to solve their problems for them," Bishop said.

The minister said that some of the requests fielded by embassies are so outlandish, they’ll “bring tears to your eyes.” 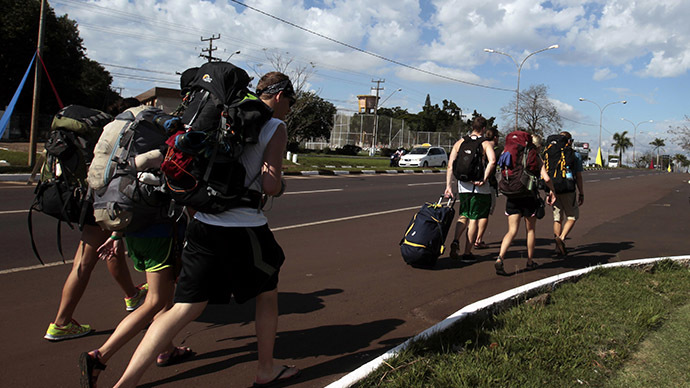 Among some of the stranger requests, foreign ministry officials report the case of one traveler who asked that embassy help remove a polecat from her roof.

Ministry official, Anita Downey, recalled one man who waltzed into an embassy in Bangkok, with a prostitute in tow, and asked embassy personnel for a loan to pay for services rendered. Officials say such cases are not uncommon in the Thai capital—home to Australia’s busiest embassy.

Some 1,300 Australians receive assistance from Australian embassies around the globe daily, and officials have said that the number of strange requests has been on the rise in recent years. Bishop reassured travelers that those genuinely needing help would receive it. The new assistance guidelines are meant to help embassy staff, who Bishop admitted sometimes approved unusual requests because it was easier than challenging the disgruntled travelers.

This is propaganda by the Australian Government as a "Cop Out" to justify their failure to act on behalf of Australian Citizens who are being treated unfairly in foreign countries.

The Australian Department of Foreign Affairs is increasingly looking to NOT have any expenses that might be occured by actually having to do live up to their responsibilites.

Australian High Commissions and Embasies are full of Deliquent Irresponsible Gutless Cowardly Burocrats who really don't give a dam about even the most serious of cases of Australian Citizens being treated unfairly in other countries.

Julie Bishop recently failed to become invovled when a four year old Australian child was incarcerated unfairly, improperly and without any due process by Ontario's Billion Dollar Criminal Cartel of Children's Aids Society who are referred to by Ontario lawyers as "The Gestapo".

Julia Bishop does not give a dam when a Fascist Government of Ontario engages in the most outragious examples of Child Abuse and terrorism even when presented with incontrovertible evidence of Police Fabrication of Evidence, and Judicial Misconduct that included issuing orders without hearings exparte that rival that of the Gestapo of Nazi Germany.

Fascism is alive and well in the world today and Australia does not give a dam when its child citizens are treated unfairly.

If you are an Australian, don't ever ever expect to get any assistance should be treated unfairly in any State Sponsored State controlled draconian acts that defy any concept of due process.

You omit to mention their obligation to express a concern to a foreign government in the event that an Australian Citizen is being treated unfairly in another jurisdiction. Example, A FOUR year old Australian Child Citizen can be incarcerated by the Criminal Organization called the Children's Aid Society of Ottawa and the Australian Government does not give a dam. When a Government incarcerates a child, without legal representation, cancells and or prevents any legal representation, and has Judges issue Illegal Exparte Orders without any due process, don't expect the Australian Government to give a dam about the most deserving of Citizens , children, who are subject to Illegal actions of the Ontario Government that spends Billions of promoting Child Abuse. Don't expect any assistance from the professional burocrats of the Australian High Commission of Ottawa Canada. Julie Bishop needs a wake up call. Ottawa Mens Centre Ottawa Mens Centre