Calgary man accused of killing common-law wife, who vanished in 2012, after police find remains in house 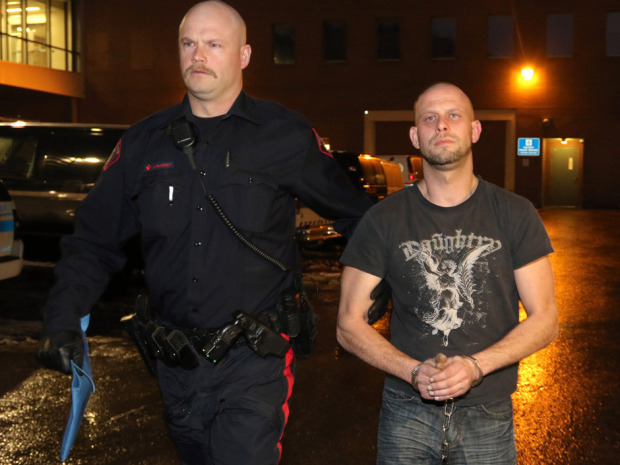 Allan Shyback is taken into custody in Calgary on Saturday, charged with second murder.

A Calgary man has been charged with second-degree murder and indignity to a body in connection with the death of his common-law wife, who disappeared in 2012, after police found what’s believed to be human remains at their Ogden duplex on Friday night.

Allan Shyback, 38, of Calgary, was arrested out of town at an undisclosed location. He was charged Saturday in the death of Lisa Michelle Mitchell, 31, and is expected to appear in court Monday. 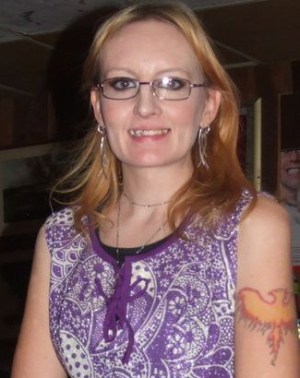 Sgt. John Hebert, with the Calgary Police Service’s missing persons team, said Mitchell’s family became concerned after not hearing from her for “an uncharacteristic amount of time,” and reported her missing to the Turner Valley RCMP on Nov. 17, 2012.

The investigation was turned over to the Calgary Police Service on Jan. 9, 2013, which led officers to execute a search warrant Friday at the Ogden home.

Hebert said investigators discovered what’s believed to be human remains within the house. Members with the forensic crime scene unit continued to search the home Saturday.

“There were a number of people we examined for this investigation. Through that investigation, we reduced the suspects down to the person we currently have in custody,” Hebert said, adding the man has a history with police but it was for “nothing significant.”

A second man was arrested at the Ogden home for unrelated matters on an outstanding warrant.

Hebert would not say when it’s believed Mitchell was killed, adding it’s up to the medical examiner’s office to make that determination. An autopsy is scheduled for Monday.

He also declined to speak to a possible motive.

Hebert said Mitchell’s two children, a daughter and son, 5 and 7, lived at the residence but are “safe and sound.” He added officers made sure the children would not be at home at the time of the search. One of the children was fathered by the accused man.

“The kids are one of primary concerns,” Hebert said. “They are being taken care of at this time. But obviously, they are going to need additional resources later on.”

The kids are one of primary concerns

When asked how it was possible for three people to live in a home containing what’s believed to be human remains, Hebert said: “There are some circumstances within the house that it will be revealed during the court process that will answer that question.”

Police were aware of a minor domestic history between the couple but there were never any charges laid, Hebert said.

For much of Saturday, police remained at the scene, with cruisers parked at the front and back of the home. Yellow police tape encircled the property, and also blocked both entrances to the back alley. Hebert said the scene will likely be held for a number of days. 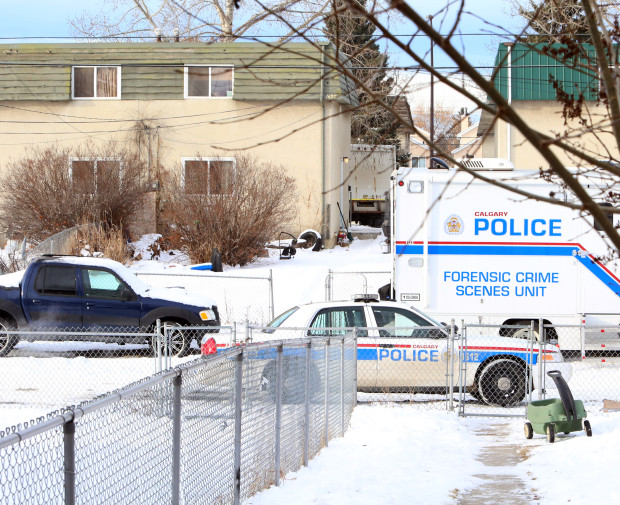 “I think it’s fair to say she was aware of the potential for this to have occurred. I think she took the news with a measure of grace considering what the news was,” he said.

Napane Penny lives across from the Ogden home under investigation. He says it’s not unusual to see domestic disturbances unfolding on the street and says he’s made child welfare calls for various neighbours in the past.

When he arrived home from an appointment Friday around 5 p.m., he thought the white cube van outside his neighbour’s house was there because someone was being evicted. Even the police presence seemed pretty typical.

“We just kind of ignored it,” he told reporters. “We didn’t think much of it. Then we found out that there’s probably something more going on with the (police vehicles) in the back.”

He started paying closer attention when he saw the forensic crime scene unit truck pull up, followed by the medical examiner. He said he noticed investigators entering the home, then emerging with a small package, which he feared was a body.

It’s scary because it hits close to home. I’ve got little kids too

He said the residents — a couple with their two children — generally kept to themselves, and the blinds were usually closed.

Frances Brown, whose backyard faces the backyard of the home being searched, said she knew of a man and two children who lived in the home but never saw any other adult residents.

Brown said she met the man — whom she only knew as “Al” — about a year ago, when she alerted him to the broken tail-light on his vehicle. Over the year, they’d see each other and exchange pleasantries. He came over now and then, including for her husband’s birthday in the summer, and he had told them his ex was in British Columbia, she said.

“I was worried and walked over to the police to ask, ‘Are they OK?’” she said, but no officers would tell her what was going on. “I saw them taking stuff out of the house into a truck, but it was too far (to see what those items were).”

Leah Sanoffsky, who also lives across the back alley, said she also only ever saw a man and two children at the home.

She said she was worried when she saw the heavy police presence at the residence, noting the young children who lived in the home and adding: “It’s scary because it hits close to home. I’ve got little kids too.”

If Allan Shyback was a woman and the murder occurred in Ottawa, "she" could have been interviewed by Det. Peter Van Der Zander would has a history of Fabricating Evidence NOT to charge the most violent of criminals.

If Allan Shyback was a woman, "She" could claim, without any evidence to corroborate the allegations that "She" was provoked, that "she" just had a "Reflex Action" .

If Allan Shyback was a woman, Ottawa Police Supervisors Staff Sgt. Isobelle Granger and Sgt. Norm "price is right" Friel,  would have investigated the actions of Van Der Zander and concluded nothing was wrong and that the extreme violence would NOT be investigated by them or any other officers.

If Allan Shyback was a woman, he would not have need to kill "her spouse", he would have simply called the Ottawa Police and or the Children's Aid Society to have Fabricated Criminal Charges laid to take him out of the picture.

If Allan Shyback was a woman, "She" could have hired an on duty policy officer as a Hit man to kill "him" and the Supreme Court of Canada would ridicule the police for having the audacity to charge the poor woman because "She said" she was a victim of abuse, with of course no corroborating evidence and contrary to the substantive evidence that she was a perpetrator and not a victim.