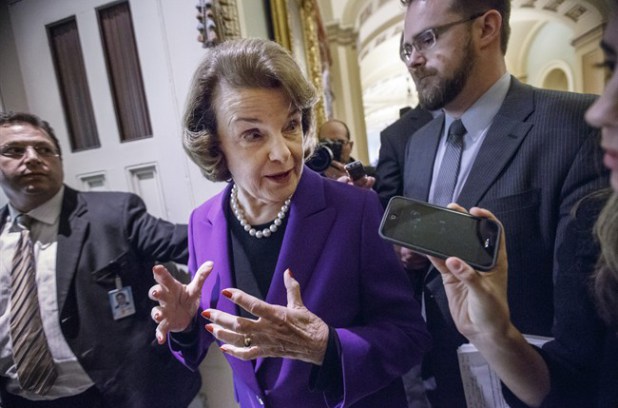 WASHINGTON – When the CIA set out to design a program to elicit intelligence from captured terrorists, it turned to two former Air Force psychologists with no practical interrogation experience and no specialized knowledge of al-Qaida, according to a Senate investigation released this week.

What the two men did have was an understanding of the brutal methods employed on American prisoners of war by governments such as North Korea and Vietnam, methods that were later used to help train U.S. soldiers and airmen to resist torture.

The spy agency ended up outsourcing much of its interrogation program to the pair, who formed a company that ultimately was paid $81 million, the Senate report says. The report adds new details to what has long been known about the integral role the two psychologists played in some of the harshest treatment of CIA detainees.

The report refers to the men using pseudonyms, Grayson Swigart and Hammond Dunbar. But current and former U.S. officials, speaking on condition of anonymity about information that is not public, have identified them as James E. Mitchell and Bruce Jessen.

The CIA told Congress in 1989 that “inhumane physical or psychological techniques are counterproductive because they do not produce intelligence and will probably result in false answers,” the report notes. But Mitchell and Jessen convinced top officials at the CIA’s Counterterrorism Center, then run by Cofer Black and Jose Rodriguez, that breaking people was the key to unraveling terror plots.

They reverse-engineered the military training techniques, which had never been studied as a form of interrogation. Among their recommendations was humiliation, painful stress positions, confinement, sleep deprivation – and waterboarding.

“On the CIA’s behalf, the contract psychologists developed theories of interrogation based on ‘learned helplessness,’ and developed the list of enhanced interrogation techniques that was approved for use against Abu Zubaydah and subsequent CIA detainees,” the Senate report said, referring to the first significant al-Qaida figure captured, taken to a secret prison and subjected to a battery of techniques.

Some CIA officials were troubled by the conflict of interest, the report notes. One CIA officer emailed that the pair had a “vested interest” in waterboarding. Another accused them of “arrogance and narcissism.”

The CIA, in its response to the Senate report, acknowledged that the conflict “raised concerns and prompted deliberation,” leading to a new rule in early 2003 that no contractor could issue a definitive psychological assessment of a detainee.

But the agency defended hiring the two psychologists.

“We believe their expertise was so unique that we would have been derelict had we not sought them out when it became clear that CIA would be heading into the uncharted territory of the program,” the agency said in its written response.

Rodriguez, who has criticized the Senate report, said he had nothing to add beyond the account of his 2012 memoir, “Hard Measures,” which says he asked the psychologists to help interrogate Zubaydah days after he was captured – before it was known whether he would co-operate. The Senate report says Zubaydah offered useful intelligence to FBI agents before he was tortured.

Black, in an email, said he never met Mitchell and Jessen, and declined further comment.

Reached at his home in Florida, James E. Mitchell said he could not confirm his involvement with the CIA, citing a secrecy agreement. But he challenged the Senate report as inaccurate in its assertion that the brutal tactics did not produce unique, otherwise unobtainable intelligence.

“I completely understand why the human rights organizations in the United States are upset by the Senate report,” he said. “I would be upset by it too, if it were true.”

“What they are asking you to believe is that multiple directors of the CIA and analysts who made their living for years doing this lied to the federal government, or were too stupid to know that the intelligence they were getting wasn’t useful.”

The report said Mitchell “had reviewed research on ‘learned helplessness,’ in which individuals might become passive and depressed in response to adverse or uncontrollable events. He theorized that inducing such a state could encourage a detainee to co-operate and provide information.”

University of Pennsylvania psychologist Martin E.P. Seligman, who has written on “learned helplessness,” said in an email, “I am grieved and horrified that good science, which has helped so many people overcome depression, may have been used for such dubious purposes.”

Mitchell asserted, as have former CIA officials who ran the interrogation program, that the current policy of using CIA drones to kill terrorists overseas with Hellfire missiles is more troubling than subjecting them to harsh interrogation measures.

“It’s a lot more humane, even if you are going to subject them to harsh techniques, to question them while they are still alive, than it is to kill them and their children and their neighbours with a drone,” he said.

In Ottawa we have a similar Dr. Mengle in charge of Torture and abuse of Children.
His name Dr. David Alexander McLean.

This vile example of humanity Fabricates evidence as a "hired pen" a professionally corrupt criminal who writes what ever Ottawa's largest Criminal Organization asks him to.

Dr. David McLean is responsible for a lot of child abuse by fabricating reports that are almost always disputed by other experts. His conclusions even run counter to his own written testing simply to provide our Corrupt Courts with Corrupt Judges who, are generally former lawyers for the same Criminal Organization, the Children's Aid Society of Ottawa.

If you want to meet a flock of criminals visit 1602 Telesat Court where you can meet the likes of Marguerite Isobel Lewis, a lawyer for the CAS who does not deny having fabricated evidence before judges who as former CAS lawyers, she knew would turn a blind eye.

Welcome to Ottawa Canada, a Corrupt Cess Pool of professional Criminals and child abusers disguised as Cops, Child Protection workers, Judges and Crown Attorney's who stay charges against the most violent of offenders because they are female.