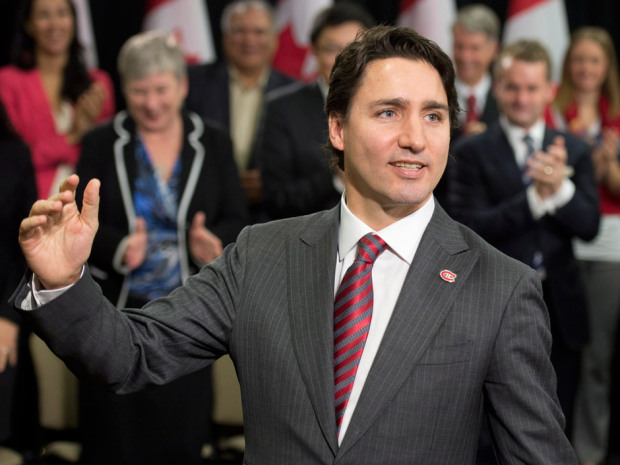 Former justice minister Irwin Cotler may be retiring at the next election but the Liberal Party will not be lacking for legal advice.

By my count, 30 of the party’s 143 new, nominated candidates are lawyers.

Mr. Cotler’s putative successor as the member of Parliament for Mount Royal, Anthony Housefather, has TWO law degrees and an MBA. He was also a local mayor and won seven swimming medals in a recent Maccabiah Games in Israel.

Lisa Abbott is a young aboriginal woman running in Saskatchewan who graduated from law school while raising two young daughters, and now runs her own law firm.

This is the calibre of timber from which Justin Trudeau (bachelor of arts, McGill; bachelor of education, UBC; snowboard school, Whistler/Blackcomb) will fashion his Cabinet, should he become prime minister.

There’s no arguing that it’s an impressive crop, on paper. There are more than 50 female candidates; 30 or so are from visible minority backgrounds; there are a number of prominent aboriginal candidates and a sprinkling of high-profile former journalists.

They were all in town for the Liberal Christmas party this week, where I chatted to a dozen or more. Generalizations are dangerous, even this one, but I’d make a couple of observations.

Firstly, the majority are successful people, used to being at the top of their chosen profession. If there is a Liberal wave at the next election, they will be shoehorned into a caucus and many will languish, lonely and unloved, so far back on the benches they will be in danger of falling off. Team Trudeau will argue this is not a bad problem to have, but this explosion of rookie MPs will be far less pliable than the NDP’s young class of ’11.

The second observation follows from the first. I didn’t get a sense of mission, purpose or principle from many of the people I talked to. Rather, the impression was of people who would quite like to pad their resume with some parliamentary experience.

The long-standing criticism of the Liberal Party is that it is a brokerage party that stands for nothing.

There is an element of truth to accusations made by people like Brad Lavigne, Jack Layton’s former adviser, in his book: Building the Orange Wave. “They can be in favour of free trade one day and against it the next. Every core principle is on the table. What you stand for today is what your pollster told you yesterday,” he said.

And, as Mr. Ignatieff found out to his cost, if voters sense the candidate is not in it for them, he or she cannot win standing. “Without it, no message can get a hearing,” he said.

If these new Liberals head out to the doorsteps believing it is their destiny, nay their right, to govern, they may end up sorely disappointed.

If that old sense of entitlement has been re-awakened, Liberal MPs could become as scarce as lawyers in heaven.

Justin Trudeau sees things through a gender lens and appears incapable of dealing the Canada's systematic discrimination against fathers.

It's got so bad in Ottawa that fathers are afraid to call the Ottawa Police because of their reputation for arresting and charging Male Victims of Domestic Violence and what is worse fabricating evidence NOT to charge violent mothers who assault children and partners.

In one recent case, a Detective Peter Van Der Zander was given a report of a 911 call where the police found a father bleeding around the neck from where his wife had attempted to strangle him.

The Evidence Fabricating Det. Peter Van Der Zander Fabricated a report that the mother denied attempting to strangle him. He fabricated evidence that this must have been a "reflex action". After fabricating evidence her sent her home with an Ottawa Police Victim Support worker and kept the Male Victim incarcerated for around 16 hours before releasing him without charges.

Hours after the mother was released, he interviewed the father and accused him of being a ped.oph.ile without a shred of evidence to justify such terrorizing treatment.

This Co.rr x..u.pt Cop was successful in terminating the children's relationship with their full time father by fabricating evidence despite the fact that another Ottawa cop eventually charged her for death threats, and some 55 assaults that occurred on another day.

If you need a Co.r.x ru.pt Ottawa Cop to Fabricate Evidence and you happen to be a violent woman, call Det Peter Van Der Zander at the Ottawa Gender superiority Program HQ at 464 Elgin Street.

If Justin Trudeau had any talent or "Obama factor" he would have spoken out against the Ontario Gender Superiority Program, a fas.cist program run by the Ontario Government that effectively promotes domestic violence against Fathers.

AT the forefront of this battle Ontario funds Billions of Dollars for K.or.upt lawyers like Marguerite Isobel Lewis of the Children's Aid Society of Ottawa who personally Fabricates Evidence or Ottawa's greatest Criminal, in the form of Ottawa Police Det. Peter Van Der Zander, a professional abuser of victims of abuse.

Note: No one in the Ottawa Police or the CAS Ottawa deny the above allegations of Fabrication of Evidence.

The Ottawa Police and the Attorney General of Ontario are well aware of the allegations and do nothing, except of course attempt to further obstruct justice and engage in another criminal offence called Intimidation.

Justine Lives in the Most K.orupt City in Canada... Ottawa. He should take a drive down to 1602 Telesat court and ask to meet Ontario's worst Child Abuser, and Fabricator of Evidence Marguerite Isobel Lewis.

You see, word is Marguerite Isobel Lewis is about to be "anointed' as a Judge in recognition to her Criminal offences that in Ontario are deemed to all part of the Government's Gender Superiority Program that promotes domestic violence by women towards children and partners.