The ruling is narrowly split. The assenters laid out conditions for search, but lifted emergency circumstances as a precondition. The dissenters vocally opposed it as a violation of privacy. 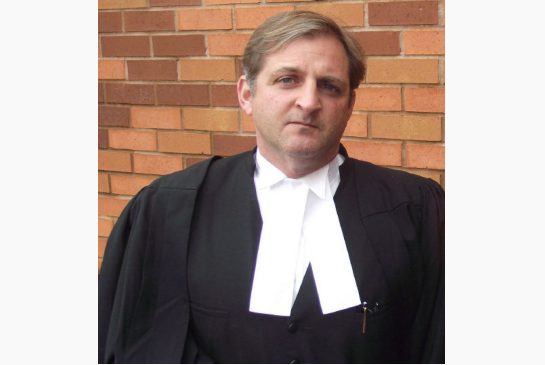 OTTAWA—In a narrowly split 4-3 ruling that runs counter to the law in the United States, the Supreme Court of Canada has upheld strong powers for police to conduct warrantless searches of a suspect’s cellphone upon arrest.

All seven judges who heard the Ontario challenge said cellphones and other personal digital devices contain a wealth of private information and may be locked and password-protected.

But Justice Thomas Cromwell, writing for the majority, said an individual’s privacy interest in their cellphone — whether locked or unlocked — is outweighed by law enforcement objectives at the time an arrest.

A cellphone search is “not as invasive as a strip search,” and is not automatically precluded by the Charter guarantee to be free from unreasonable search and seizure, the court said.

The court ruled the warrantless search power is not only restricted to emergency circumstances — although it suggested several times that the power must be used carefully and would generally be justified in the case of serious crimes and not “in relation to minor offences.”

Cromwell said the police don’t have “licence to rummage around in the device at will.” He set out four conditions to ensure warrantless searches of a suspect’s cellphone meet constitutional muster: the arrest must be lawful in the first place, the search on any cellphone found must take place promptly, the extent of the cellphone search must be “tailored” to the law enforcement objective (meaning, the court said, police should look at only recently sent or drafted emails, texts, photos and the call log). Finally, the police must take “detailed notes” of what they looked at and for how long — in order to aid courts to later rule whether the search was justified.

But a vocal minority of three judges — led by Andromache Karakatsanis — stated flatly their disagreement with the ruling.

The minority concluded cellphones and other digital devices are overwhelmingly different than other kinds of physical items that could be found on a suspect upon arrest.

The three dissenting judges pointed out cellphones are not weapons like guns or knives, and cannot conceal such a weapon, concluding the constitutional balance between privacy and public safety can only be struck in such cases by police requesting a warrant to search.

“Individuals have a high expectation of privacy in their digital devices because they store immense amounts of information, are fastidious record keepers, retain files and data even after users think they have been destroyed, make the temporal and territorial limitations on a search incident to arrest meaningless, and can continue to generate evidence even after they have been seized.”

“Only judicial pre-authorization can provide the effective and impartial balancing of the state’s law enforcement objectives with the intensely personal and uniquely pervasive privacy interests in our digital devices. Section 8 of the Charter provides constitutional protection for privacy, which includes the right to be free of the threat of unreasonable intrusions on privacy and the right to determine when, how, and to what extent we release personal information.”

The dissenting three — Karakatsanis, Rosalie Abella and the now-retired Louis LeBel — criticized the majority ruling, saying it sets out an impractical prescription for police to follow, will only generate “police uncertainty and increased after-the-fact litigation.”

The case will not have practical effect on the Ontario man Kevin Fearon whose lawyers challenged the common-law power of police to do such searches.

He was convicted in connection to a 2009 robbery at gunpoint of a jewellery vendor in Toronto, sentenced to six years in jail, and has since been released after serving his sentence, his lawyer Sam Goldstein told the Star.

Fearon won no solace from the high court.

It said the police search of his phone violated his rights because the officers had not taken notes of what they scrolled through and for how long, and so could not document the legality of the search.

Nevertheless, Cromwell said it was a minor breach, the police had acted in good faith at a time the law was unclear, and to exclude the evidence the cellphone search had provided would bring the administration of justice into disrepute.

The ruling is certain to have big implications for other Canadians who find themselves arrested by police.

Mein Kampf detailed how the government could slowly whittle away the rights of citizens and that they would not even notice.

Across Canada, there is an adoption of Conservative Ideas that undermine the Rule of Law, Due process to provide a lawless state that speculation that a person is guilty sets about a chain of abuses of legal processes that prevents any evidence to the contrary, fails to provide disclosure and, at the end of the day, use State appointed Rubber Stamps as Judges who simply confirm what ever the Police and or authorities Claim.