Losing a child to CAS should be much harder: Keenan

Why apply a much lower burden of evidence to removing children from their parents than to convicting people of criminal behaviour? 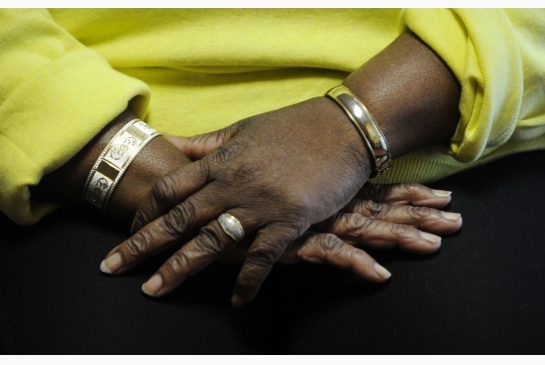 I would far prefer to be sent to jail than to have my children permanently taken away from me.
I suspect most parents would agree that losing their kids is among the very worst punishments to which they could imagine being subjected, a fate worse than prison.
But an ongoing series of investigative stories about Ontario’s child protection system in the Star reveals we apply a much lower burden of evidence to removing children from their parents than we do to convicting people of criminal behaviour — even though the consequences are in many cases so much more severe.
MORE AT THESTAR.COM: Society’s Children
For instance, Sandro Contenta and Jim Rankin reported on a case in which a couple had their children removed from their home, without being able to call any witnesses or contest the evidence offered against them, without any trial at all. The summary judgment highlighted the fact that the parents were facing criminal charges. Those charges were dropped months later — and the parents insist they were baseless to begin with — but their children remain in foster care three years later.
Rachel Mendleson reported on a case in which a woman’s children were taken away — and kept away — largely on the strength of hair lab tests showing she used cocaine. The type of testing used as evidence in her child protection case has recently been rejected by a court in a criminal case. A judge ruled you can’t be sent to jail on the strength of those tests. But those tests are the one major piece of evidence that mean Christine Rupert will likely never see her two daughters again.
Of course, punishment isn’t the aim of children’s aid societies when they remove children from their homes, but it certainly is the effect on parents. It appears to be punishing in the effect it has on many children, too.
Children seized from their parents very often face dire outcomes in their lives. About half of Crown wards, as they’re called, drop out of high school. The Star reports that 20 per cent of them change homes more than three times (some changing homes more than 60 times), and an outright majority have changed schools more than three times. An earlier report I read at TVO claimed that 68 per cent of homeless youth come from group homes, foster homes or youth centres.
McGill University researcher Nico Trocmé, a leading expert on child protection studies, sums it up: “We don’t know whether we’re doing more harm than good.”
It’s important to acknowledge that in many cases child welfare advocates investigate, they face a choice between very poor options: Leaving children in the care of apparently negligent parents, versus traumatizing them (and the parents) by ripping apart a family and putting the children into a system where they may fare no better.
But given the near-certainty of the disruptive and harshly punitive effects on all parties of removing children from their parents’ care, the standard for doing so should be high — near the levels of certainty of harm we expect as evidence in criminal cases. That’s not the case.
Child protection workers say that beginning in the 1990s the philosophy began to lean heavily towards taking children from their families. When they try to prioritize keeping families together, they are accused of “mandate drift.”
Only a quarter of children taken into care have suffered physical or sexual abuse — the kind of extreme cases most would agree demand harsh intervention. The remainder include cases of neglect — including the perceived risk of harm due to lack of supervision, and “maltreatment” by not having enough food in a home, not changing diapers, or not having appropriate clothing for the season. Substance abuse by parents seems to be a significant factor in many cases. Almost a third of cases involve parents on social assistance.
What many situations appear to call out for most is help: instruction or counselling in parenting and life skills, or more income support. Even in the absence of those, it’s hard to confidently say most children involved are better off removed from their families than they would otherwise be. It’s hard to stand by and do nothing when you see a child at risk, but it’s possible it may sometimes be the best of a range of bad options.
The situation is all the more disturbing because the list of risk factors considered by aid workers seems systematically tilted to further punish the poor, and some specific cultural groups. Inadequate living arrangements and income appear in reports as significant risk factors. The Star reported that First Nations children are 9.3 times more likely than average to be in care. Black children, who represent only 8 per cent of the Toronto child population, make up 41 per cent of the children in care.
Taken together, this system appears to be a well-intentioned disgrace that often actively ruins the lives of parents and children who are struggling. Indeed, it appears to punish them because they are struggling. The stories suggest an appalling lack of measurable standards, little gathering or use of evidence, and a patchwork of agencies using different methods with little coherent central oversight.
In law, the provincial government is the parent of children who are taken away from their families. In the process it uses to do so, and the effects it produces, it appears to be a neglectful and sometimes abusive parent. A parent exposing those it is responsible for to considerable harm. It’s a situation that cries out for intervention.

Edward Keenan is a Star columnist.

In a nutshell, the CAS are entirely unaccountable. When matters reach court the Judge hearing the matter is most likely a Former CAS lawyer who spent a decade or more as part of Ontario's Billion Dollar Criminal Cartel. The decisions are 99% likely to be what ever CAS ask for, and more often than not, based on Fabricated Evidence.

The reason for the incredible success of CAS in our Kangaroo secret Courts is that the judges are generally Former CAS lawyers "anointed" as judges by decades of politicians who support this criminal cartel of unaccountable private corporations in their own make work criminal enterprise.

Lawyers like Marguerite Isobel Lewis of the CAS Ottawa Fabricate evidence with impunity with the blessing and approval of the Premier of Ontario and the Attorney General who are equally responsible for promoting Fabrication of Evidence by CAS lawyers and staff.

When CAS don't have any evidence, they Fabricate it. They get judges like Tim Minemma a former CAS lawyer, to fabricate evidence as judges who can be guaranteed to be turn a blind eye to outright fabrications of evidence.


Across Ontario, there has never been a single criminal conviction of any CAS lawyer or child protection worker for fabricating evidence yet, its habitual and flagrant.

The Children's Aid Societies of Ontario have a different name with most lawyers, They are called "The Gestapo"

Check out the Video "Powerful As God" at blackout.ca

Every Ontario Parent especially Fathers needs to known that the CAS of Ontario are a Cult that generally recruits only those whose lack of empathy, integrity and ethics is overriden by their own fear of their employer and their job.

The CAS hate with a vengeance any current or former CAS employee who speaks out against the CAS.

Across Ontario, women now can repeatedly assault their husband until he calls the police. When the Police arrive and find him bleeding and bruised, the likes of Det. Peter Van Der Zander of Ottawa Fabricate Evidence NOT to charge the most violent of females and to fabricate evidence for the CAS to remove children from the care of full time fathers who happen to be victims of Female Domestic violence.


The most despicable excrement of Ontario Authorities are the Police Forces of Ontario who, work turn a blind eye to blatant criminal offences such as that of Obstruction of Justice and Fabrication of Evidence by one Marguerite Isobel Lewis - Ontario's most notorious Child Abuser.

And that's just one example of why CAS should be disbanded in disgrace.

If you are a CAS looking for an expert in Fabricating Evidence, Don't both asking Marguerite Lewis to work for you. She is apparently next in line for job as a Rubber Stamp Judge of the Ontario Superior Court of Justice.