Diplomatic Immunity: In Ottawa there are as many as 6,000 residents who are effectively above the law

Less than a week after the October terror attack on Parliament Hill, as many as nine police cars converged on a black SUV veering erratically down a major Ottawa thoroughfare.

Pulling the vehicle over, the officers confirmed the suspicions of 911 callers: The man behind the wheel was indeed visibly intoxicated.

If the driver were a Canadian citizen, his licence would be given a three-month immediate suspension and his car impounded for a week. If convicted, he would face a $1,000 fine and a one-year driving suspension.

But the 32-year-old driver flashed a badge: He was a Saudi Arabian diplomat with full diplomatic immunity. The police drove him to the embassy, towed his car and made a phone call to the Department of Foreign Affairs. (The Department did not respond to National Post requests over whether the diplomat faced any additional consequences.)

There are quirks to any capital city: Motorcades, recession-proof employment, an unusually vibrant singles scene. But the strangest side of Ottawa — and among its least visible — is the fact that it has as many as 6,000 residents who are effectively above the law. As a city filled with secretaries, drivers, nannies and teenagers who can technically break the rules with abandon, Ottawa is actually surprisingly well-behaved.

“You can issue them a ticket, but they wouldn’t have to pay it,” said Marc Soucy, spokesman for the Ottawa Police.

And it’s not just speeding tickets. In just the last five years, diplomats have shoplifted, skipped rent, allegedly brandished knives in street fights and led high-speed chases that ended with them plowing into police cars.

Every once in a while, a diplomat is even caught with a slave. Last year, the nanny of Philippine diplomatic couple Bueneflor Cruz, 44, and Robert Cruz, 45, approached an Ottawa lawyer saying that the Cruzes had taken her to Canada, stripped her of identifying documentation and forced her to work 14-hour days.

In May, Ottawa Police requested that the Philippine Embassy waive the Cruzes’ diplomatic immunity so that they could face Canadian human trafficking charges  — but by then the couple had already left the country.

“We’ve seen it in the past, but it hasn’t been brought to the police, the domestic worker is just rescued and official charges are never made because of fear for their lives,” said Aimée Beboso, chair of the Ottawa-based Philippine Migrant Society of Canada.

In the last 10 years, their group has dealt with three or four instances of a domestic worker seeking to escape slave-like conditions from a diplomatic residence: “Unpaid hours, confiscation of official documents … not allowing them to leave the premises without escort,” said Ms. Beboso.

The Children’s Aid Society of Ottawa similarly encounters about five instances per year in which diplomatic status complicates a child welfare investigation.

In one 2012 occurrence, the society called police about a possible sex assault on a minor perpetrated by the son of a diplomatic agent — although charges were not pursued due to a “lack of cooperation” by the complainant.

The singular incident that overhangs all instance of Canadian diplomatic misbehaviour occurred in 2001, when a severely intoxicated Russian diplomat ploughed his car onto an Ottawa sidewalk, killing lawyer Catherine MacLean.

So drunk he could barely walk, the diplomat invoked his diplomatic immunity at the scene, and was soon back home in Russia — although he would later serve four years in a Russian penal colony.

“The one law I always made sure to underline [with new diplomats] is our drinking and driving policy because of what happened here,” said Robert Collette, Canada’s chief of protocol from 2003 to 2005.

Mr. Collette is quick to note that diplomats are mostly quiet. Their rates of impaired driving are generally lower than that of non-diplomatic Ottawans, and they contribute an estimated $10-million into the local economy each year.

Plus, after decades of letting the British do it for us, it’s always nice to see Canada having direct relations with foreign countries.

Diplomatic immunity is laid out in the Vienna Convention on Consular Relations, and is based on the ancient principle that envoys should be free to negotiate peace deals without getting killed or kidnapped by their foreign hosts.

And the privilege goes both ways. Canada, for instance, can open embassies in some of the more fundamentalist corners of the Middle East without fearing that its staff will be prosecuted for accidentally blaspheming or exposing their hair.

As foreign representatives, Ottawa’s diplomats are not subject to federal tax, which means they can buy liquor at 50% off and request special tax-free bills at Ottawa restaurants. Diplomats are also entitled to purchase duty-free cars, a measure that can drop the sticker price as much as 20%. 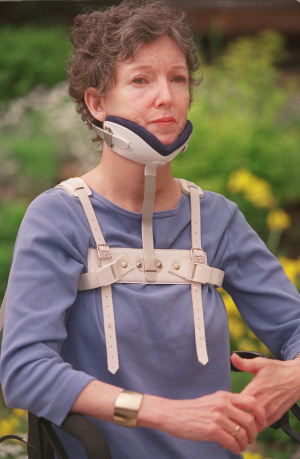 -Catherine Dore was injured by the drunk Russian diplomat

Carmakers like Volvo and BMW know this, and market aggressively to Ottawa’s diplomatic community. Often, it makes financial sense for a diplomat to purchase a car tax-free in Canada and then ship it home at the end of their posting.

Compared to, say, Damascus or Bratislava, Ottawa is generally considered a plum posting for the world’s ambassadorial staff, and the comfort of the Canadian capital does wonders to keep diplomats on their best behaviour.

“The embassies that I tend to work with are foreign missions that want to respect the laws of the host country, and that’s why they use me, because they don’t know what the laws are here,” said Ruba El-Sayegh, an Ottawa lawyer specializing in diplomatic law.

Ottawa’s real estate community, for one, has no problem taking on diplomatic tenants — although they incur quite a bit of added risk when they do so.

Not only do their properties effectively become converted into foreign soil as soon as they ink a lease agreement with an embassy, but diplomatic immunity makes it particularly tricky to evict troublesome tenants, or chase them for rent arrears.

“I have had to serve notices for late payment of rent or damage to the property on diplomatic tenants,” an Ottawa property manager told the National Post. “Nobody ever tried to invoke diplomatic privilege.”

However, Mr. Collette said instances of diplomatic tenants shirking their rent “has happened.”

“We cannot enforce these things, obviously, but we can try to apply pressure,” he said.

In those cases, a simple case of uncollected rent can become a minor diplomatic spat as Canada approaches the responsible embassy — and even the home country — to politely ask for the bill to be paid.

“We have been lucky, everything went well in that regard during the time that I was there,” he said.

Asking nicely has similarly proved to be an effective option whenever the rebellious teenager of a diplomat goes on an immunity-fueled petty crime spree.

“In my time, there may have been one adolescent who was difficult, and we had to ask the ambassador to come in so we could have a discussion about it,” said Mr. Collette, adding that the ambassador “took it upon himself” to ensure that the child was quickly set straight.

Parking, too, is surprisingly well ordered. In Washington, D.C., and around the United Nations headquarters in New York City, the streets are famously plagued with scofflaw diplomatic vehicles.

LYNN BALL, THE OTTAWA CITIZEN A car goes around a Jeep on its side where Brookfield joins the Airport Parkway going south.With Diplomatic plates.

As per a 2010 estimate, the City of New York was owed $18-million in unpaid parking tickets by foreign diplomats, with Egypt, Kuwait and Nigeria topping the list.

Meter attendants are a bit more hard-nosed in Canada’s capital, however. Since the 1990s, the Province of Ontario has pursued a policy of cancelling the diplomatic plates of scofflaws. According to some estimates, this has resulted in 80% of Ottawa diplomatic parking tickets being paid.

But, in a city that still remembers the death of Catherine MacLean, residents know full well that prosecuting the behavior of a law-breaking foreign diplomat can only go so far.

Only months after Ms. MacLean’s death, a drunk Japanese diplomat sped through a red light, narrowly missed a van full of teenagers and then smashed into a traffic light.

Canada asked to prosecute him, publish his name and then have him kicked out of the country. Instead, he had his keys taken away for a year.

There a host of scum of humanity in Ottawa who are not diplomats and have legal immunity from criminal and civil prosecution.

Tara Dobec is a Terrorist Crown Attorney who stays charges against the most violent of offenders simply because they are female or are part of Ontario's Criminal Cartel of children's Aid Societies.

Marguerite Isobel Lewis is a CAS lawyer in Ottawa who personally fabricates evidence and its ignored by former CAS Lawyers anointed as  judges of the Ontario Superior court.

Tim Minemma is a former CAS lawyer from Kingston who Fabricates Evidence in the court room to assist violent mothers. He also turns a blind eye to the likes of Marguerite Isobel Lewis who fabricates evidence and obstructs justice.

Det. Peter Van Der Zander is a Detective with the Ottawa Police. He Fabricates Evidence NOT to charge violent offenders when they are female and terrorizes male victims of domestic violence. Probably one of nastiest examples of Child Abusing Criminals you will ever meet. We would to hear from anyone who has evidence of his other criminal offences against the administration of justice.

Robert Godman is a CAS supervisor who acts in utter contempt for the law and fabricates evidence and obstructs justice by either supervising those that do or allowing it to happen.

Former Judge Monique Metivier "Retired" to avoid a complaint to the Judicial Council who conveniently sat on a complaint or around 18 months to allow her to retire. She "Rubber Stamps" requests for orders for custody of children to be placed with Ontario's most violent female offenders without any hearing, notice to parties in what is called an illegal ex-parte order.

Jennifer Belishen is a former lawyer from the CAS Ottawa. She rubber stamps corrupt requests of the CAS Ottawa to cover up criminal offences by the likes of Marguerite Lewis and Tracey Engleking.

Ottawa is riddled with Child Abusing Criminals who commit serious criminal offences against children and the administration of justice.

And they have more immunity from prosecution than any diplomat.