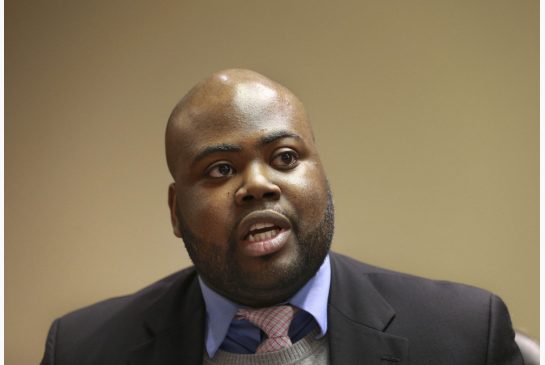 “We have seen this successfully implemented in other communities,” said Anthony Morgan of the African Canadian Legal Clinic, noting there are already children’s aid societies serving Ontario’s Jewish, Catholic and aboriginal families.

The clinic has set up a working group of academics, social workers and community members to study the issue, he added.

The legal clinic was reacting to a Star story that showed 41 per cent of children in the care of the Children’s Aid Society of Toronto are black. Just 8 per cent of the city’s population under age 18 are black.

Black community leaders blame cultural misunderstandings, poverty and systemic racism in the child protection system as well as schools and police, the largest source of referrals to children’s aid.

“The guts of this lies in the question about anti-black racism,” said Ryerson University social work professor Akua Benjamin, referring to what she describes as the core of the problem.

“The establishment of an agency directed, developed and owned by the black community will have a real impact on these numbers,” added Benjamin, one of several leaders who spoke at a news conference at the legal clinic’s downtown office Friday.

Urgent action is needed because black families are being torn apart and too many black youths in care are ending up in the criminal justice system, she said.

In the meantime, the clinic is calling on the government to mandate the involvement of the black community whenever child protection workers respond to calls about the safety of any child of African or Caribbean heritage.

In these cases, every CAS should have a local list of “competent and proven” African Canadian organizations to assist, Morgan said.

“Of course we know there are times when a child does need to be apprehended,” he said.

“But in terms of the legitimacy of that decision, the appropriateness of that decision, and making sure that the rights and the dignity of the family and the child are upheld, we feel that roster needs to be developed and used — and supported by our governments,” he added.

When black children are brought into care, they should be placed with relatives or culturally appropriate foster families, Morgan said.

The clinic also wants the government to mandate all children’s aid societies to collect ethnic data on the children and families they serve and for the numbers to be regularly publicized on agency websites.

The problem is history and systemic. It's primary cause is deliberate lack of accountability that itself stems from the arrogance and contempt of politicians who believe anyone involved with CAS must be the scum of society.

Make no mistake. A Black CAS worker is no different from a White CAS worker when they work in a Cult of unaccountability and endless Fabrication of Evidence.

All CAS Child Protection workers are brainwashed in Extreme Feminist views that men are violent criminals and their primary role becomes one of relationship destruction.

They actively encourage Domestic Violence by women towards men.

They receive Billions of Dollars that is spent on their own Gender Superiority and famously in Toronto a Racial Superiority Program that is Fas.cist in Nature.

Ottawa CAS lawyer Marguerite Lewis is typical of how CAS lawyers Fabricate Evidence "of admissions" when they don't have any. They arrange for "hired pens" corrupt Psychiatrists, the Dr. Mengals of the Psychiatric world to make reports to assist their predetermined conclusions not based on facts but Gender and Race.

The Children's Aid Societies of Ontario Remain a Cartel of Criminal Organizations because we have a Judiciary of Former CAS lawyers who are anointed by the government to Rubber Stamp anything and everything they ask for their Cult of child abusers.

That cess pool of Judiciary is chosen by selectors chosen by our equally gutless politicians who have their feet in their own various financial and political troughs.

Then there are their partners in Crime, the Police who never ever lay charges against CAS workers or lawyers.

It's no wonder that lawyers in Ontario call them "The Gestapo"

While Anthony Morgan of the African Canadian Legal Clinic has good reasons for his arguments, he fails to address the root question of why there is a Jewish, Catholic and Native Children's Aid Societies.

The problem is with the legislation and the politicians who have increasingly give these unaccountable Private Corporations absolute Power to fabricate evidence with impunity and the appointment of Judges who previously worked for this Criminal Cartel.

Our Judiciary at present is the ONLY accountability and they are even worse than the CAS lawyers or the Workers who Fabricate Evidence.

Take Ontario Superior Court Judge Timothy Minnema, he was a member of the Dutch Reform Church, known for collaborating with the Ad.olf during WWII. He was also a lawyer for the Kingston and Frontenac Children's Aid Society.

Ontario will continue to spend Billions of Dollars on this Criminal Cartel of Professional Criminals who abuse children rather than protect them.

The CAS hire the psychopaths, sociopaths, those with a propensity for cruelty and torture of children and parents. They are collectively the vile excrement of society and most of them should be in jail but that will never happen in Ontario's culture of Korruption and crime by those with absolute power.

The Toronto Star is to be commended on taking on this most deserving of subjects.

The Problems of the CAS of Ontario are not unique to one religion or race and the fact that we have Jewish, Catholic and Native CAS is the "Effect" of the CAS while the Lack of Accountability is the primary "Cause".

If you have a fire, you don't bring in different fire brigades because the house belongs to different religions or race. What's next, different police for Muslim, Hindi and Jewish citizens?

The REAL Problem is systemic Criminality of the CAS where Fabrication of Evidence and where Kangaroo Courts with Rules of Evidence that favour only the CAS and enable CAS to restrict evidence to only their own fabricated evidence.

The CAS is a criminal cult of psychopaths who appoint their own lawyers as Judges of the Ontario Superior Court to "Rubber Stamp" their decisions which are all too often made on the Assumption that they have Judicial Power, and the Power of God.

Corrupt Judges like the Dishonourable Child Abusing Maria T. Linhares de Sousa will refuse to even carry out the test for urgency to prevent CAS doing their usual Obstruction of Justice in "playing god" to "place children" on visits with or course, the least suitable most violent parent with an incredible record for violence.

Corrupt Judges like Monique Metivier issues orders for Custody to "cover up" obstruction of Justice by CAS lawyers like Tracey EngelKing and Marguerite Lewis from the Ottawa CAS.

Ontario is riddled with Psychopaths who are part of the Corrupt machinery of the CAS that costs Ontario Residents Tens of Billions of Dollars in indirect costs.

The Root Cause is our Gutless Politicians who have over the decades, appointed the least suitable excrement of society as Judges of the Ontario Superior Court where they fail to provide any accountability.

The CAS can be compared to a Rat and Cat Farm that does nothing but sound wonderful when it it does is breed rats.

The "Rats" at the very top of this feeding chain are those who earn the highest incomes from destroying marriages and the lives of children.

Those highest income earning "Rats" are the Judiciary of Ontario who have generally been anointed to their positions of absolute power by "Rats" gutless politicians who depend upon the votes of the Criminal Cult called the Children's Aid Societies of Ontario.

The Next Level of CAS "Rats" are the lawyers who are totally protected from CRiminal and Civil Liability by self serving legislation and a myriad of Corrupt Crown Attorney's like Tara Dobec of Ottawa, CAS supervisors who direct, directly or indirectly to "Fabricate Evidence.

Their fellow "Rats" are the Police officers of Ontario who refuse to prosecute the very worst "Rats" in society like Marguerite Isobel Lewis an Ottawa Lawyer who is employed by the CAS Ottawa.

This "Cat and Rat" farm, is fed with the lives of innocent children who in the vast majority of cases never deserved to be abused by the CAS.

Each CAS Office claims to be independent of the other but in reality, its an entirely unaccountable Criminal Cartel of Ontario's worst Criminals who are guaranteed never to be prosecuted while committing criminal offences.

Judges call it a "Free Pass" and for every "Free Pass" they give to CAS Violent Mother by condoning Fabrication of Evidence, they only further make themselves the most reviled collection of the excrement of Canadian Child Abusers.

Canada and in particular, Ontario, is a lawless state that is a very dangerous place to be a male victim of domestic violence.


When Fas.cists take over society, they do it incrementally with blind faith in a leader who operates on sheer terror.

That is exactly how the CAS Operate. Every School Teacher, Police Officer and any one with any role in society is first afraid of them and what they can do to them IF they don't fabricate evidence to support their case.

In Ottawa recently a Catholic Elementary School Principle recently committed obstruction of Justice and perjury by making a false report to the Ottawa Police to assist the CAS in terminating a child's relationship with his father for no other reason than to remove the child from a full time father to place the child with one of Ontario's most violent mothers.

When a Catholic School Principle Fabricates evidence to the Police and then denies under oath that he made a complaint to the Police, it speaks volumes of just how insidious and corrupt the court process is. It also speaks volumes about those who "collaborate" with the CAS.

Its a very good reason why you should NOT reside in Ontario and why you should not send your child to a certain Catholic Elementary School in Ottawa.

Ontario is literally a Fas.cist State that provides Billions of Dollars to Promote Gender Superiority and Racial Superiority, in fact any superiority of their narrow view of political correctness.

They are also extremely vindictive, revengeful and sadistic. They don't use guns to shoot people, they torture them with cruel and sadistic forms of abuse that drive many to kill themselves.

The Toronto Star is to be commended on publishing this series of stories and it makes you wonder when Ontario will vote those responsible out of office.

At the end of the day, its Peter MacKay that's got some answering to do.