Ontario to get $1.3 billion extra in federal transfer payments 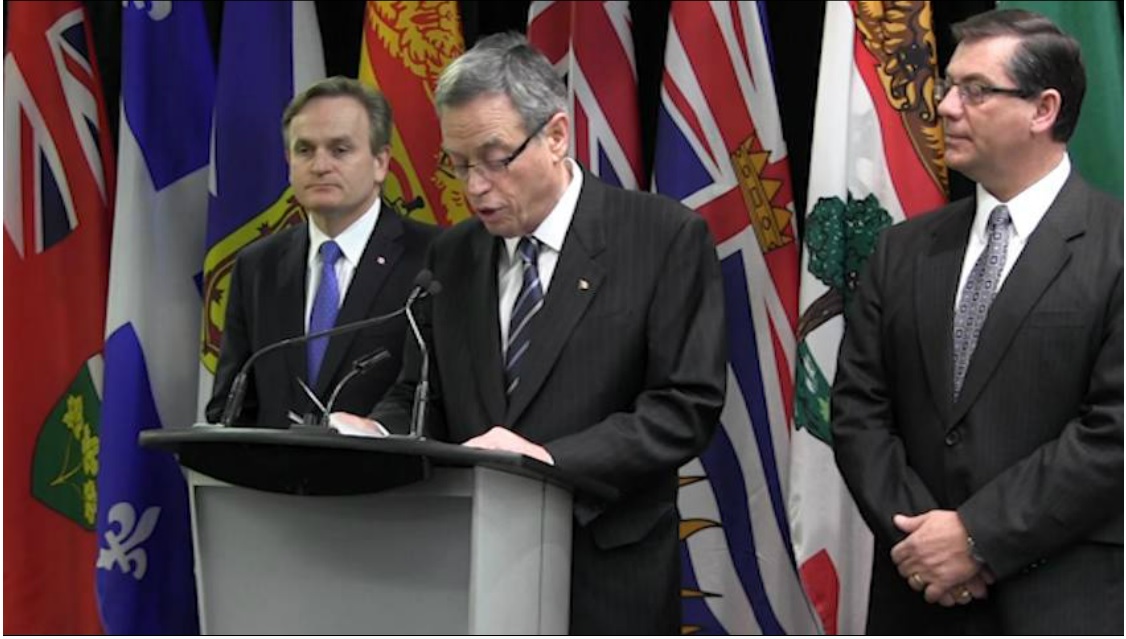 Joe Oliver is urging the provinces to balance their budgets but says transfers to them will increase next year. The federal finance minister is meeting with his provincial and territorial counterparts in Ottawa Monday.

OTTAWA—Ontario is getting $1.25 billion in extra cash from Ottawa next year, a boost which helps take the sting out of the $640 million in transfer payments the province says it was deprived of in 2014, the Star has learned.
Canada’s most populous province will get $20.4 billion from Ottawa for health, social services and equalization payments in 2015, up from $19.2 billion in the past year.
Equalization payments to Ontario will rise to $2.4 billion, up $375 million or 18 per cent over the previous year. That’s the biggest increase of any of the provinces or territories.
The payment also earmarks $13 billion for health in Ontario, up $735 million; and almost $5 billion for social programs, up $143 million, according to figures obtained by the Star.
The numbers will be part of the day-long discussion Monday when federal Finance Minister Joe Oliver meets in Ottawa with his provincial counterparts, including Ontario Finance Minister Charles Sousa. 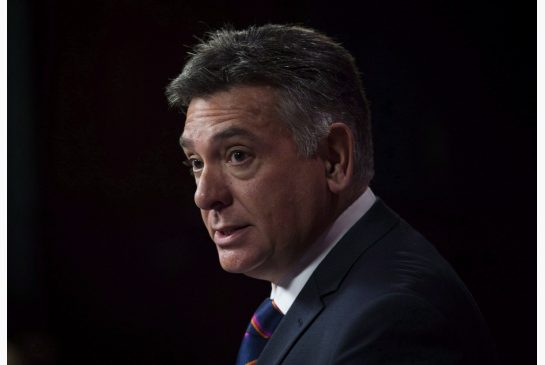 Oliver and his provincial counterparts are also expected to discuss the Canadian economy and the impact of falling oil prices, which has thrown federal and provincial budget forecasts into disarray.
Premier Kathleen Wynne, who has been seeking a meeting with Prime Minister Stephen Harper, and Sousa signalled in letters to senior members of the federal government that Ontario also wants to discuss infrastructure funding, pensions, possible improvements to the Employment Insurance system and the auto sector.
This will be first time Oliver has met in person with provincial finance ministers as a group since taking over from the late federal finance minister, Jim Flaherty, last spring.
Equalization payments, which are meant to guarantee that all provinces can offer an equivalent level of services, and federal transfers for health and social programs are paid out to the provinces based on complex formulas as well as population.
Queen’s Park has been in a bitter dispute after the federal government a year ago eliminated a provision meant to protect provinces from seeing transfers drop in any one year.
Ontario says that move cost it $640 million in 2014, when its transfer payments dropped to $19.2 billion from $19.8 billion in 2013-14.
Sousa raised the concern again in a letter written to Oliver last week, saying the lost transfers are making it harder for the province to tackle its budget deficit.
“Each year since the global recession, (the federal government) ensured that provinces experiencing year-over-year declines in major transfers were made whole through protection payments,” Sousa said in his letter to Oliver. “This year, as Ontario was the only province to experience a decline in transfers, your government eliminated protection payments altogether, leaving Ontarians at a disadvantage.
“I urge you to be fair to the people of Ontario and to avoid further unilateral actions that negatively or unfairly impact the people of Ontario,” Sousa wrote.
Oliver is likely to stress the increased funds going to Ontario in the coming year, which represents a 7 per cent increase in year-over-year transfers. However, if Ontario had been allowed to keep the disputed $640 million, the increase would ring in at 3 per cent.
Ontario will reap the most in transfer payments in 2015-16, followed closely by Quebec at $20.3 billion; British Columbia at $6.1 billion; Alberta at $5.4 billion and Manitoba at $3.4 billion.

The Federal Government is now providing an additional 2.6 Billion Dollars most of which will be used to Run Ontario's Criminal Cartel of Children's Aid's Society and around 75% of Police Budgets that are spent on Ontario's Gender Superiority Campaign.

The Federal Government has decided to "Pay Off" the Criminals of Ontario with an extra 2.6 Billion dollars in "extortion money" which is to "buy votes" and the support of the Corrupt Political leaders and Authorities in Ontario who have turned Ontario into a Fas.cist State.

Ontario Spends Billions of Dollars on Gender Cleansing. That is, Ontario Legal Aid increasingly cancels legal aid for Fathers, so that Most Fathers are now unrepresented.

When CAS and the excrement of the legal profession fabricate evidence, our Corr.upt Judiciary turn a blind eye and Ontario Legal Aid refuse to fund appeals of those blatantly Fas.cist decisions.

Every Canadian should be outraged at the endless habitual criminal offences and promotion of domestic violence and child abuse by, Ontario's Children's Aid Society and Ontario Police forces.

Take Marguerite Isobel Lewis, a lawyer for the Children's Aid Society of Ottawa who personally Fabricates Evidence. She had the confidence that the judge she lied to was a Typical Ontario Superior Court Judge, a Former Lawyer for the CAS who is guaranteed to "Rubber Stamp" what ever CAS ask for.


Why is the Federal Government Funding lawlessness, fas.cist agendas and government Run Criminal Organizations all of which are void of accountability.

These Ontario Criminals now obtain 99% of all custody decisions for children to be placed with women, even those who are at high risk of murdering their own children.

And Peter McKay does not lift his little finger...