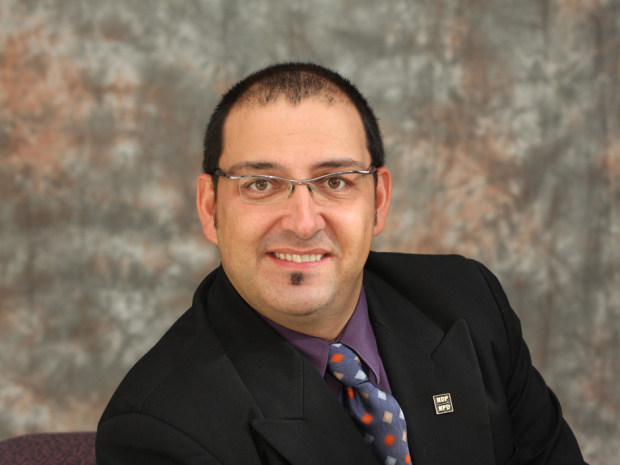 NDP MP Glenn Thibeault (Sudbury), is resigning his NDP seat in Parliament to run for the provincial Liberals.

The Canadian Press has learned Premier Kathleen Wynne will make the announcement later today that Thibeault is leaving the NDP to become the Liberals’ preferred candidate in the byelection.

Wynne came under fire Monday when the Liberal candidate in the June 12 general election in Sudbury, Andrew Olivier, said he was offered a job or appointment to step aside.

Wynne said she reached out to Olivier to let him know the Liberals had another candidate in mind, but insisted there were no “specific offers” made.

The Progressive Conservatives asked the Ontario Provincial Police to investigate Olivier’s claims of a job offer, while the New Democrats asked Elections Ontario to look into the situation.

Sudbury had been Liberal for years until New Democrat Joe Cimino took the seat June 12, but then surprised everyone by resigning in November after just five months.

Wynne has until next May to call the byelection in Sudbury.

The Political animals who jump ship, sometimes sink shortly thereafter. Its all part of the saga of politics in Ontario where its hard to find any politician who will put the social good before political point scoring.

Wynne while she complains Harper won't talk to her fails to return phone calls and letters regarding her Friends of the likes of
Marguerite Isobel Lewis a lawyer for the Children's Aid Society of Ottawa who fabricates evidence and who is protected by Corrupt Crown Attorneys like Tara Dobec.

Then there is the Attorney General of Ontario who also turns a blind eye to complaints about her friends, in Ottawa, Marguerite Lewis and Tara Dobec both of whom are the virtual God-Mothers of Ottawa Crime.