View from the Street: Can we please take violence against women more seriously now?

Monis had been in the public eye for a while, calling himself Sheikh Haron and sending abusive letters to the families of Australian soldiers killed in Afghanistan along with his partner, Amirah Duris. 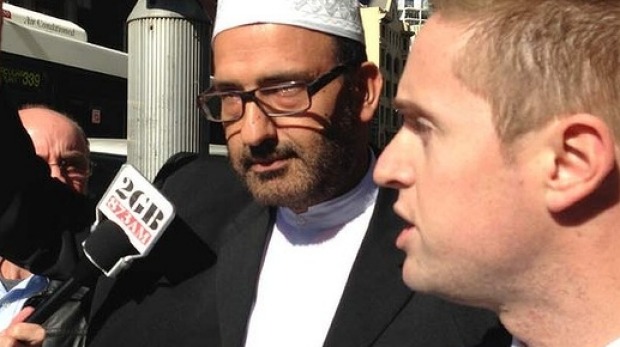 And this being Australia in 2014, there's going to be a huge focus on the fact that Monis was a self-declared cleric (as in, had zero credibility in the wider Muslim community) and had been granted asylum in Australia in 1996 after fleeing Iran. For those of an Islamophobic bent, this entire situation is cut and dried.

However, here's another question: how much violence does a man need to commit against women before authorities take him seriously?

The answer, it turns out, is a lot.

Monis had a staggering 50-plus charges of sexual assault filed against him, and was currently facing charges as accessory to the murder of his former wife Noleen Hasyon Pal, who was stabbed and set alight in a unit in Werrington, Western Sydney.

So: why, you may justifiably ask, was he not in prison?

It turns out that the bail laws in NSW were changed six days before his release on May 26 last year, under conditions which included daily check-ins with Campsie police and surrendering his passport.

Fifty sexual assaults and an accessory to murder still resulted in bail for Monis.

New bail laws are being prepared for NSW Parliament, coming into effect on January 28 2015.

So: is now perhaps the time for us to start taking violence against women seriously?

No fun in funding

If this was a different political climate we might also want to have a conversation about mental illness and the effect of widespread cuts to health services. Which other people have done, as it happens, such as here and here.

We might also wonder whether the 2013 cuts to funding of the NSW judicial system were entirely wise, and whether budgets had a larger impact on decisions like loosening bail restrictions than any concerns about justice or public safety.

But in this current climate of economic rationalism, those conversations are unlikely to happen. And hey, everyone likes a witchhunt, right?

However, one person is chuffed to bits over the whole thing: Rupert Murdoch, who sent a very public congratulations to his paper for being the first to cover the deaths of Monis and the two hostages.

Increasingly, women assault men, and when police arrive, they are under pressure to arrest HIM, when he is the obvious victim and results in the male victim of domestic violence being charged and, more often than not, children removed from the care of a full time father, the very sort of male who has sacrificed his career to advance the career of a mother with a penchant for abuse and violence.

This problem is now generational, and breeding more generations of children who learn that women have a right to abuse men and if he offers or makes any protect in any form, he never gets to see the children again.

Domestic Violence is a problem that affects both genders equally however, government remains possessed of what can only be called an idea that has become a program of Gender Superiority with respect to parenting after separation.