Madame Justice Suzanne Côté battled five years with Revenu Québec to be able to deduct more than $200,000 in clothing and “personal care” expenses from her annual earnings. 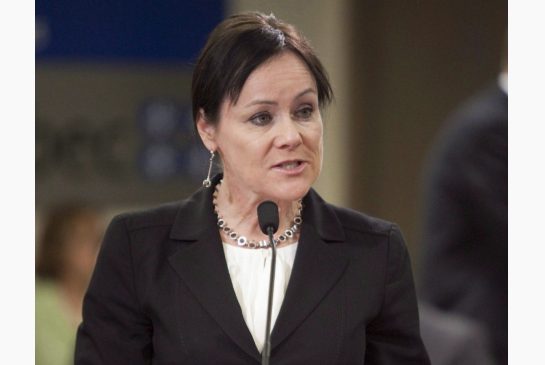 Court documents show Supreme Court Justice Suzanne C�t� made claims for tax deductions totalling $204,685 from 2004 to 2006 and that those claims were rejected by the Quebec tax agency.

MONTREAL—The newest member of the Supreme Court of Canada is a corporate law expert, but a lengthy fight to be able to deduct more than $200,000 in clothing and “personal care” expenses from her annual earnings has given her a unique window into the tax system.

Madame Justice Suzanne Côté battled five years with Revenu Québec, the provincial tax agency, after she claimed annual expenses of $50,000 to buy work clothes for each of three years from 2004 to 2006. During that same period, the top-flight Montreal lawyer claimed more than $25,000 in expenses related to personal care, as well as other miscellaneous items.

Court documents show that Côté made claims for tax deductions totalling $204,685 over those three years and that those claims were rejected by the Quebec tax agency. The documents were obtained by the Journal de Montréal, which first reported on their existence Wednesday. The newspaper provided those documents to the Star.

The lawyer with 34 years’ experience took Revenu Québec to court in 2009 to have its ruling overturned. In a May 2009 court filing, she argued that her job required her to “incur various expenses for the purchase of clothing and uniforms to be used at the office, in court and during professional activities.”

She denied that the claims were for personal clothing and argued that they were “reasonable.”

“The expenses are related to the running of a business by the claimant and were incurred to earn a salary,” she argued in her claim.

Revenu Québec noted in a statement of defence that it began auditing Côté’s expense claims in 2007 and that she refused on four separate occasions to provide receipts or other documents that would justify her claims.

The documents that tax auditors were seeking were eventually filed as exhibits in the court case, but were removed from the public court file when the two sides reached an out-of-court settlement on Sept. 13, 2012. That settlement makes it impossible to know what types of clothing items or personal care services Côté claimed as work-related expenses, what final agreement was reached between Côté and the Quebec government, or how much she eventually paid in taxes.

A spokesperson for the Supreme Court of Canada said that Côté had declined an interview request on the matter. But she got the backing of the Prime Minister’s Office on Wednesday.

“The matters between Justice Côté and Revenu Québec were resolved years ago,” said spokesman Carl Vallée.

Dick Pound, a Montreal tax lawyer who is perhaps better known as the former president of the World Anti-Doping Agency (WADA), said disagreements over allowable tax deductions for work clothing have a long history stretching back to jazz pianist Oscar Peterson, who tried to deduct the cost of his ubiquitous dinner jackets as a work-related expense.

Plainclothes police officers, however, were allowed to deduct the costs of a specially tailored suit jacket to accommodate weapons carried in a shoulder holster, Pound said.

“There’s been an expansion of the concept of what you have to do as a lawyer, as an RCMP officer or an entertainer to earn your living,” he said. “There’s a range of honest disagreement that is entirely normal in tax matters. In my experience, 95 per cent of all disagreements with taxation authorities end up being settled. Sensible people come to sensible conclusions.”

Côté was named to the top court last month by the Conservative government after the retirement of Justice Louis LeBel.

Vallée said Côté is one of the most experienced litigators in the country and that her appointment was supported by the Quebec government, members of the province’s legal community and the Canadian Bar Association among others.

It would be interesting to see what are the amounts similarly claimed by other judges and by our politicians who probably have a very large clothing allowance.

Do Judges actually have to buy their own robes?

Hell, they could be naked underneath and no one would be any wiser.

The Story fails to disclose the list of clothes that ran up some $200,000