Secret life of a jury: Luka Magnotta jurors may be facing conflict, stress, trauma, and even sexual tension 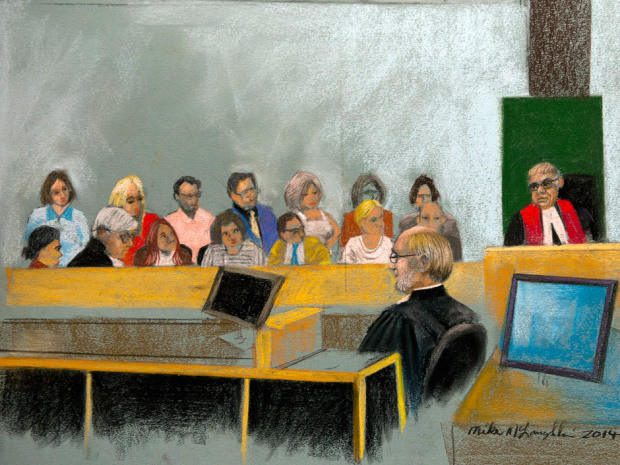 By law, Canadians can never know what happened during the days-long jury deliberations that decided the fates of such figures as Paul Bernardo and Robert Pickton.

Jurors may have split into bitter, screaming factions. They may have been trapped for days by a single, stubborn holdout. In the close quarters and high stress of sequestration, they may even have been tormented by simmering sexual tensions. 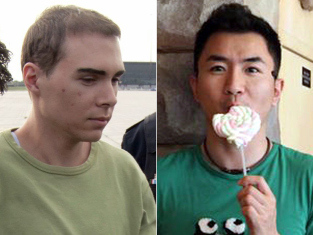 AP Photo/Montreal Police, File; Handout/CPLuka Magnotta, left, has admitted to killing Jun Lin but his defence said he is not criminally responsible due to mental illness.

“It can become something close to Lord of the Flies,” said Eric Gottardi, a prominent Vancouver criminal defence lawyer. “Dominant personalities just take over.”

Daunted by mountains of evidence, occasionally riven by interpersonal conflicts and beset with some of the most stress of their lives, juries in high-profile cases operate with the full burden of having been thrust into history.

“I felt it, this surge of power,” a former juror in a similar case told the National Post.

“There’s only 12 of you, and the whole country’s watching, you’ll never be this important again.”

As of Tuesday, the 12-member jury in the Luka Magnotta case is set to deliberate into their eighth day — and could well miss Christmas with their families as they mull the future of one of Canada’s most notorious killers.

“I can’t imagine a worse time of year to be holed-up in a jury worried about these kinds of gruesome facts,” said Mr. Gottardi. “I would imagine the pressure is becoming exponentially worse as the hours and days go by at this point.”

The legal term is “jury stress,” the emotional, psychological, physical and even sexual tension experienced by exhausted jurors struggling to do the right thing. 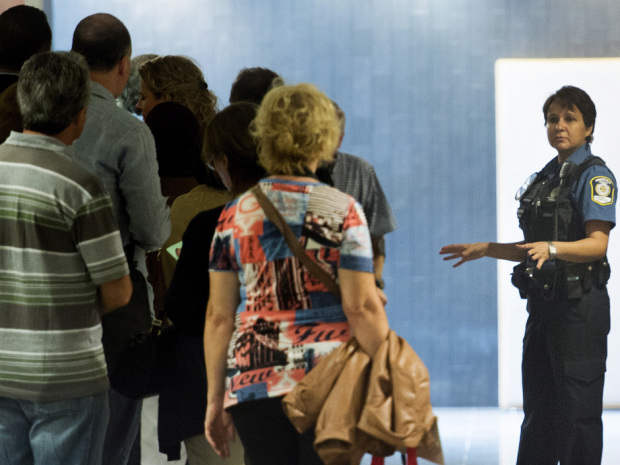 THE CANADIAN PRESS/Graham HughesPotential jurors are instructed by a special constable while they line up at the Montreal Courthouse as jury selection begins in the Luka Magnotta murder trial in Montreal, Monday, September 8, 2014.

Given the gruesome content of the Magnotta case, it’s entirely possible that the eight women and four men of the jury are also suffering from mild forms of trauma.

A 2008 study in the U.K., for instance, surveyed 68 former jurors and found that 15 of them had suffered from restless sleep, nine had been wracked by headaches and seven had suffered flashbacks. One was diagnosed with post traumatic stress disorder.

The actual process of jury deliberation is surprisingly unstructured: The jurors are herded into a room, handed basic instructions by the judge and left to figure out their own rules of order.

At night, sequestered juries are then escorted by sheriffs to hotel rooms stripped of all links to the outside world. There are no televisions or phones and no contact with friends or family.

If jurors are to, say, use the bathroom in the hotel lobby, a sheriff would first need to make sure it is clear of other hotel guests.

Moments of leisure are few. For the past seven days, the Magnotta jurors likely have been doing little more than eating, sleeping and poring over evidence.

Nobody is disputing that Mr. Magnotta killed university exchange student Jun Lin, dismembered his body on video and then mailed portions of the corpse to addresses in Vancouver and Ottawa in May 2012.

Instead, the jurors in Montreal have the much more difficult task of figuring out whether or not Mr. Magnotta is “criminally responsible.”

Faced with of pages of hospital records and the contradictory testimonies of six psychiatrists, the jurors — many of whom may have been bus drivers and plumbers as recently as last September — are being asked to decide whether Mr. Magnotta knew what he was doing when he killed Mr. Lin.

“Paranoid schizophrenia is a disease of the mind, but is it more likely than not that Mr. Magnotta was suffering from this at the time of the acts?” said Superior Court Justice Guy Cournoyer amid hours of jury instructions.

Jurors are known to be reluctant to hand out not criminally responsible decisions because of the perception that the verdict is a “get out of jail free” card.

The impression is not unreasonable. Vince Li was found not criminally responsible for the 2008 beheading of seatmate Tim McLean while on a Greyhound Bus through Manitoba. In February, with his schizophrenia deemed to be under control, he was allowed unescorted leaves from his mental hospital.

A case more familiar to the Montreal jurors would be that of Guy Turcotte, a Quebec cardiologist who was found not criminally responsible for murdering his two young children as his marriage fell apart.

Mr. Turcotte was released from a psychiatric institution only months after the verdict, sparking outrage across Quebec. He now faces a new murder trial.

Another former juror interviewed by the National Post spoke of the intense, almost soldierly, bond that formed between them as they spent every waking hour in each other’s presence — only to see it evaporate almost as soon as their work was done.

In a 2006 interview, a juror in the trial of serial killer Paul Bernardo spoke of the ”profound friendship and bonding” that had occurred with the other jurors. As has been observed at numerous other jury trials, the bond was so tight that they could laugh even as they made the most stoic decision of their lives.

“There was a fair degree of black humour amongst ourselves,” said juror Eric Broadhurst. “Which was sad in one way because of the seriousness of the case.”

Tristin Hopper is to be congratulated on probably one of the finest examples of journalism that sets an example of writing a story that vividly portrays the jury atmosphere with a lot insight and empathy that should win him awards.

The public perception is one of general ignorance and a lack of respect for the Judicial process, and for what the Judge, the Jury and the court staff who have to endure the incredible terror of having to constantly relive this atrocity.

While the crime is repugnant, society needs to look at exactly WHO was or who may have  responsible for his mental health?

The expert evidence is that Luka Magnotta was mentally ill. Rather than call for HIS lynching, why is it that the public do not question as to WHO might share in responsibility?

It's that head in the sand attitude of the Judiciary, the public that make this trial a concern.

Did Luke Magnotta come to attention ?
Who dealt with him?

What was his treatment if any?

What medication was prescribed?

While the public may scream for Capital punishment, perhaps these same members of the lynch mob should defer to the professional opinions who actually have some qualifications on the subject.

What should be of concern to the public is the "Credentials and Characters of the experts".

Increasingly "experts" are "hired pens" hired by the government or the defence, the Government having the deeper pockets can spend more and get more in the way of experts who will see it their way.

The Public of Ontario should spare a thought for the Children and parents who are victims of Ontario's Worst Hired Pen, one David Alexander Maclean, a hired pen for the Children's Aid Society of Ottawa who blatantly fabricates evidence to support violence by mothers towards children and fathers.

This lowest form of life totally ignores for example a mother's hundreds of assaults against children and their father even when the Ottawa Police charged the mother with threatening death and just 55 assaults that occurred on just one sample day out of hundreds.

Dr. David Maclean criminally Fabricates evidence and provides fictional conclusions that defy the evidence he is presented with.

His conclusions are that any father who expresses a concern about historic violence by any female towards a child as form of heresy deserving the child's termination of all contact with the father because his concerns of the mother's violence make him, an unacceptable risk of emotional harm.

The fact that she then assaulted her new male partner by placing a strangle hold around his neck telling him "My father was KGB, I know what I am doing" was not even mentioned in that report.

Spare a thought or the intent of this article which was to show some empathy for those closely involved with the trial who will not doubt be suffering PTSD for years to come.

I for one would not be able stand and listen to such disturbing evidence.