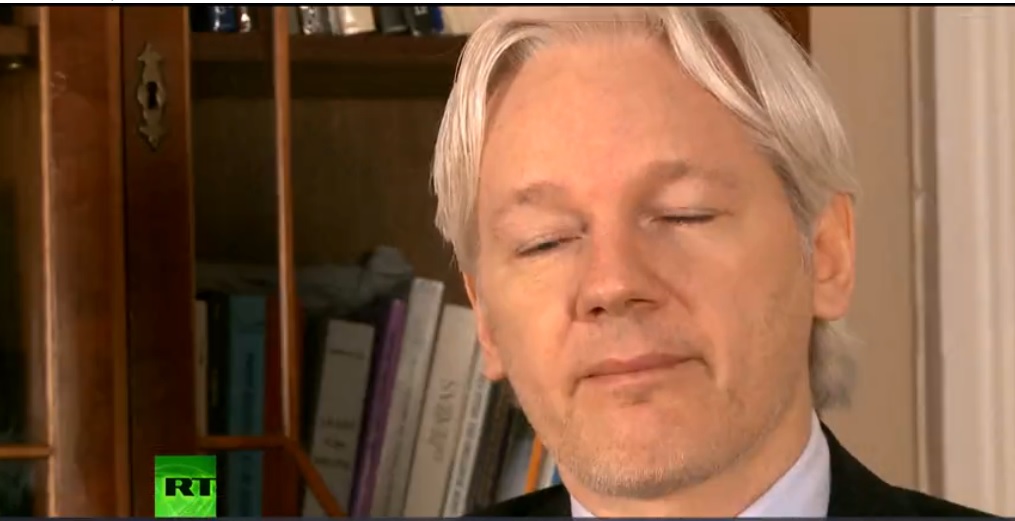 Afshin Rattansi goes underground on the recent decision by Swedish courts in the case of Julian Assange. His lawyer, Per E Samuelson, says the whole situation is a "mess" and that UK and Swedish governments should agree not to extradite him to the US, or allow him safe passage to Ecuador. MP Norman Baker reveals why he resigned from the Home Office, and talks about the "inconvenient" truths that the Conservatives wanted to bury when it comes to UK drug policy. Nick Dearden of the World Development Movement looks at the issues Band Aid 30 should be talking about if they want to improve the situation in Africa for the long-term. And we give our take on Prime Minister’s Questions, with the bedroom tax, mansion tax, and rents on the agenda.

Assange's own words condem him as a creep when it comes to his attitude to women, as does the evidence or what we can call "evidence" being the comments made by his female victims.

While the Swedish definition of "rape" is a lot broader that than used in other countries, if not the rest of the world, it sets an example of what Rape Laws need to be.

Rape is Rape, these days, if women want unprotected sex, they ask for it, especially if they wish to obtain cperm without consent, many women "rape" and "plunder" not to mention leave a trail of destroyed lives and children who never ever get to know even the name of the father.

In Canada, Australia and UK, around 25% of all births now , the father is either not named or given a false name. Most of those births are the result of a woman deciding to obtain cperm by deception "I can't get pregnant", I've been fixed", doctors told me I can't get pregnant etc and so the stories go on and on.

In most western countries, getting a man to unwittingly inseminate a women is the equivelent of winning the lottery and often is a large six or seven figures which makes it a very easy multi-million dollar fraud to engage in but, at the end of the day, its Rape.

Julian assange is a "Woman" in Australia language, a rapist, a moron, and an insult to Australian men everywhere in the world.

He is doing the world and women a great service by self incarcerating himself for his cowardly refusal to face justice in Sweden where he is unlikely to spend any time in jail.

Just read what his former workmates say about him.

Message for the Moderator.
Any time you "screen posts" it automatically gets posted PERMANENTLY on other sites that are easy to find.

Suggest you think twice before you start censoring these posts.