Massachusetts mom pleads not guilty to killing her babies 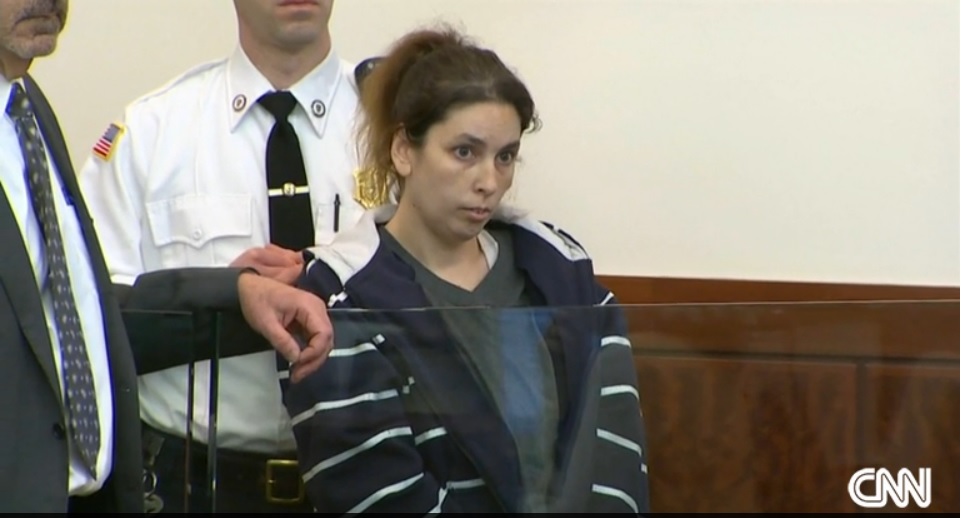 (CNN) -- A mother whose infants were found dead amid squalid conditions in her Massachusetts home pleaded not guilty Monday to two counts of murder and other charges.

Erika Murray, 31 showed no emotion as she quietly answered "not guilty" nine times in Worcester County District court as the charges were read out loud.

Besides murder she is charged with neglect, abuse, reckless endangerment, concealing a fetal death and even animal cruelty.

It took police officers in hazmat suits to retrieve the bodies of three infants found in September, amid what police described as filth and squalor at Murray's house in Blackstone, a town on the Rhode Island border.

Four other children belonging to Murray also lived in the home and were removed by the state in September.

Her boyfriend, who lived with her, also faces charges but not as serious as the murder counts against Murray.

Ray Rivera, 38, was indicted on two counts of assault and battery on a child causing substantial bodily injury, two counts of reckless endangerment of a child, two counts of cruelty to animals and one count of cultivating marijuana.

His attorney has said that he absolutely denies the allegations.

Father says he was unaware of the children

Both Rivera and Murray maintain that he not only never knew about the three infants he fathered that died in his home, he also was somehow unaware of two of the four living children removed from the 1,150-square-foot home.

DNA tests determined that Rivera is the father of all seven, according to CNN affiliate WHDH.

Eirka Murry had the bad luck of not living in Ottawa.

If Eirka Murray had lived in Ottawa, she could have called Ottawa's Violent Mother supporting Corrupt Rotten Cop, Det. Peter Van Der Zander who personally fabricates evidence NOT to charge the most violent of female offenders.

It's all part of the "old school" style of corrupt policing and part of Ontario's Fascist Gender Superiority program that promotes violence against fathers.