Increasing number of firearms on Ottawa streets due to influx of illegal guns from the U.S., police say 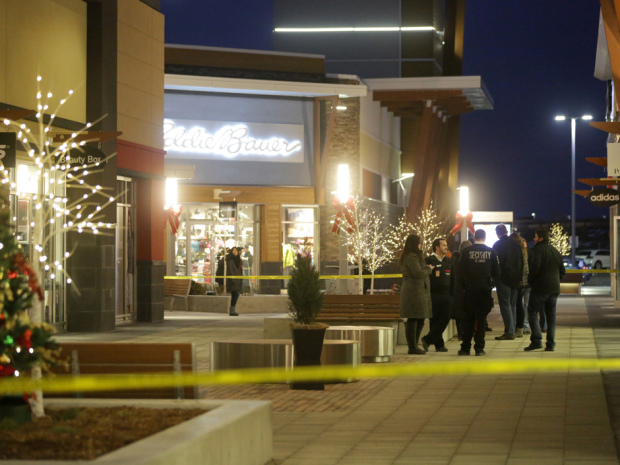 Handguns smuggled from the eastern seaboard of the United States, funnelled through border crossings in eastern Ontario, have contributed to an increasing number of firearms on Ottawa’s streets, police say.

Those firearms, some of which come from states such as Virginia and Florida, have wound up more often in the hands of Ottawa gang members who have been involved in shootings twice in the last three days. Those incidents — one on Boxing Day at Tanger Outlets mall in Kanata, another downtown at Bank and Slater streets early Monday morning — helped the capital set a record for annual shootings, 48 in 2014.

Tackling that growing problem has shown up in arrests, raids and seizures in the past few months.

For instance, in mid-December Ottawa police laid 254 charges against 27 people, seized seven firearms and more than 400 rounds of ammunition as part of a six-month investigation into brazen gun violence in the capital.

For criminals, if they want to find a gun, they are more than available on the street for the right price.

“There are more guns out there,” said Ottawa police Det. Chris O’Brien, who works on the force’s guns and gangs unit. “The trend in the last 10 years is there has been an increase in the number of guns on the street.”

About half of all guns seized by Ottawa police are locally sourced, meaning they have likely been stolen during robberies from local gun owners or dealers. In the past, weapons moved between Montreal and Ottawa, with some Montrealers renting out guns to gang members in Ottawa.

The other half of seized weapons are “foreign-sourced,” meaning they are smuggled across the border.

According to the most recent data from the Ontario Provincial Police, foreign-sourced guns made up the majority of “crime guns” seized by officers. The 2011 numbers showed that 60 per cent of guns used in crimes were smuggled across the U.S. border, 20 per cent were locally sourced, while the remaining 20 per cent couldn’t be traced.

Often, their point of entry is around Cornwall, including the Akwesasne Mohawk Territory, O’Brien said.

The Canada Border Services Agency in the past year has increased its focus on stopping firearms from illegally entering the country: The agency’s most recent annual performance report noted that the number of CBSA-led firearm prosecutions more than doubled in the past fiscal year from the average of the preceding three years.

It is often handguns that gang members use when they open fire, but they are not cheap. A handgun that sells in the U.S. for about $75 can sell on the black market in Canada for $1,500 to $3,000 for a more expensive handgun such as a nine millimetre, but the price also based on who is buying and who is selling.

Handguns, however, have become required equipment for gang members to protect their turf or expand their holdings. Once one drug dealer or gang members starts carrying a weapon, others do the same so they don’t cede power to others, O’Brien said.

The weapons of choice in Ottawa are nine-millimetre and .40-calibre handguns, the latter of which was used in the Boxing Day shooting at Tangers Outlets between rival members of the Crips gang.

— With files from Dylan Robertson

Canada has a collective refusal to face reality. The Gun Register was universally recommended by all police Chiefs in Canada. It gave police some valuable information that might save future lives.

At the same time, Police specifically the Ottawa Police engage in Illegal searches and Judges turn a blind eye , a nudge nudge wink wink encouragement to breach charter rights as long as its against criminals.

One classic example was the illegal entry and search of the home of Peter Roscoe of Ottawa who the police claimed had the smell of gas leaking to call the fire department to break down the door when the gas service was actually locked off. If ever there was a case of fabrication of evidence to justify an illegal entry/search, that was one example. There are lots of other similar abuses, that cops are trained to use and abuse in what is called "Old school policing" that brings guaranteed promotions for police to commit criminal offences.

While that is not the same as the other contested cases of illegal searches, it fails to deal with the problem that Police should NOT require "reasonable grounds" to conduct searches of any car on the road for certain specific searches.

Currently in Canada there is NO random breath or drug testing of drivers, while in other countries its not uncommon for hundreds of cars including police cars, ambulances you name it and every single one will be breath and or drug tested.

That provides a real deterrent.

When cars come across the border, there is No sane reason as to why Canada Border Services and or the variety of Police Forces should not be carrying out random searches of all vehicles crossing the border for drugs and firearms.

At least that way society will learn of the real levels of firearm and drug trafficking and bring to an end, the incredibly naive idea that "probable grounds" are first required.