Conservative tax-and-spending goodies and promises of balanced books come at a time of renewed fiscal uncertainty for Ottawa in 2015. 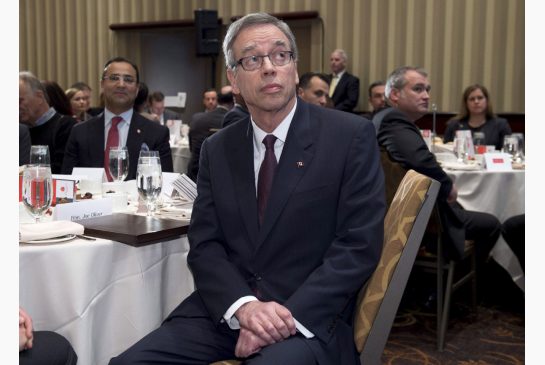 Finance Minister Joe Oliver has an escape hatch in his fiscal plan in the form of a $3 billion contingency fund, but even that may not be enough to avoid a deficit, economists say.

The Federal and Ontario Governments can suddenly find dozens of Billions of Dollars if they just opened their eyes to the Fas.cist Ontario and Federal Gender Superiority Program that promotes Domestic Violence and murder by women towards fathers.

Ontario Spends around 10 Billion Dollars a year promoting Domestic Violence by the 75% of Police Budgets spent almost entirely on promoting violence by women towards men.

Then there is the Billions of Dollars spent on the Family and Criminal Courts as a direct result of the Fas.cist Program of Gender Superiority that destroys children and creates an intergenerational problem of Female upon male violence.

A classic example is that of Rotten Ottawa Police Detective Peter Van Der Zander who Fabricates Evidence NOT to charge the most violent of female child abusers and father abusers.

Perhaps the greatest insult to Canadians is the financial cost when Police have NO accountability. But there is another greater insult, its the Insults to Justice called the Judiciary of Ontario who habitually fabricate evidence themselves after decades of doing the same while previously working as lawyers for the Unaccountable Criminal Cartel of Children's Aid Societies of Ontario that cost taxpayers Billions of Dollars.

No, Harper does not get it, neither does Justin Trudeu who is a political flip flopper devoid of any interest in the Rule of law or abuse of children by the CAS in Ottawa where he lives.