The trouble with autopilot: With the advance of technology, there is now too much auto and not enough pilot 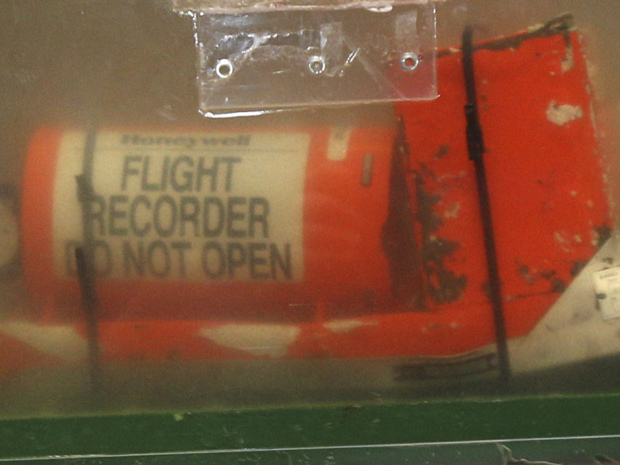 We now know that Air Asia flight QZ8501 crashed. And while we cannot be absolutely certain why it did so, the recent history of aviation disasters, which I have studied as a safety analyst for the last three decades, gives us a very good idea.

Over the past 20 years, 1,800 airline passengers and crew have been killed because pilots simply lost control of their aircraft. Loss of control in-flight, not caused by any structural or technical problem, has become established as the aviation accident category responsible for more passenger deaths than any other.

Back in the Seventies and earlier, airliners used to crash far more often than today, but for different reasons. Engineering and design then were less advanced, so technical failures of the engines, airframes, or the pilots’ instruments (avionics) were far more common, and the aircraft themselves were more difficult to fly. But in those days, loss of control by the pilots of a sound aircraft hardly ever featured.

The FAA’s John Hickey explained the rationale behind the research: “An evolution has occurred in that pilots, with their training, have become somewhat incompatible with the way airplanes are built and designed today. When we look at accidents over the last 10 years there is a common theme in the U.S. and globally. There is a fundamental misunderstanding going on between man and machine. We have to fix that.”

The FAA’s study, published last year, was called The Operational Use of Flight Path Management Systems. That rather turgid title refers to the computers that manage today’s autopilots.

The pilots have to manage the computers. Pilots touch the traditional flight controls only for a couple of minutes in every flight, and spend much of their time programming and monitoring the FMS — the flight management system. The FMS is their main computer interface with the aircraft, and directs its flight via the autopilot.

The FMS flies and navigates the aircraft more accurately and smoothly than a pilot could, and hardly ever fails. The pilots learn to trust it.

The FAA sums up the difference between the Seventies and now: “Managing the flight path of an aircraft is a basic pilot responsibility, but the means for accomplishing it have evolved considerably.”

In other words, pilots used to fly by brawn and brain. Now they do it by computer, with the brawn and brain as a backup. That, at least, is the theory.

In practice most pilots have not been trained for the modern piloting task. Regulations regarding what they must regularly practise — by law — are  out of date.

A few airlines are voluntarily adopting evidence-based training — tailored to pilot needs rather than out-of-date regulations — but only a few.
Not that pilots can be completely replaced by automation. This is because only one in 10 flights is completed as originally planned; as events change, so pilots are able to mitigate the risks.

The FAA working group established that today’s pilots have a number of “vulnerabilities.”

The prime one is that if the automatics fail, the pilots are no longer practised in managing without them. This leads pilots to lose confidence in their own traditional flying abilities, so when things go wrong they have a tendency to try to restore failed automatic systems when, in fact, they should be flying the aircraft to keep it safe.

Now back to the AirAsia accident. Control was lost shortly after the pilots requested clearance to climb and alter course to avoid storms. This has not been the only such fatal crash recently: three others have taken place under remarkably similar circumstances.

On July 24 this year an Air Algerie flight over West Africa also went missing shortly after the pilots reported changing course to avoid storms in their path. About two days later the wreckage was found in desert in Mali.

In June 2009 an Air France Airbus A330 — flight AF447 — was lost on a Rio de Janeiro-Paris route over the South Atlantic. The pilots were manoeuvring to avoid storm clouds at the time.

The aircraft’s “black boxes” were eventually recovered, revealing that the pilots had been confused by a momentary loss of airspeed information. The autopilot relinquished control to the pilots, but they quickly lost control of the aircraft. The icing that had temporarily blocked the external airspeed sensors was related to the storms close by.

There is a fundamental misunderstanding going on between man and machine

In another weather-related loss in August 2005, a West Caribbean Airways Boeing MD-80 flying from Panama City to Martinique went out of control while the pilots were discussing how to deal with engine icing the aircraft seemed to be suffering in high-level cloud.

The crew told air-traffic control that the plane could not maintain altitude. The stall warning — telling the pilots the aircraft was flying too slowly to generate lift — operated during the descent, which took just 210 seconds from cruise at 33,000ft to impact with the ground.

In all three cases there was nothing wrong with the aircraft that would have prevented the pilots retaining control if they had been practised at operating without the automatics.

But they were not.

The loss of the AirAsia A320 and all 162 people on board may well add to this sad catalogue of avoidable accidents.

David Learmount is operations and safety editor for Flightglobal

Auto-pilots nearly always do a better job of flying an airplane than
any computer as long as the right information was entered in the first
place.

At high altitudes where this jet was flying it is
approaching the maximum altitude that is limited by its approach to the
speed of sound and it's increasing stall speed. Its a little like trying
to stand on top of ever increasingly small top of hill that gets
increasingly sharp.

The auto-pilot will refuse to take the aircraft to what is called "Coffin Corner".

At the maximum Cruising altitudes, pilots tend to be wobble around in
height as the control gets more difficult without of course the use of
an auto-pilot.

Throw in a severe tropical storm, iced up sensors
providing wrong information to the instruments and flight computers and
suddenly the computer operators in the cockpit don't like what they are
seeing and try to make them show what they should be showing absent any
comprehension that some of those instruments are wrong.

While a tropical storm will have severe updrafts and downdrafts, the normal
practice is to maintain a level attitude and not to worry about the
fluctuations in altitude.

The data from this aircraft is consistent with a loss of control due to the pilots failing to fly the airplane and not a sudden catastrophic failure of the airplane.

The data information indicates a near vertical dive with incredible climb
rates that most children with some practice on a flight simulator would
be able to avoid.

While accident rates are a quarter of what they were 20 years ago, the general ability of pilots to be able to fly has continued to decrease.

One of the prime reasons is an incestuous attitude to flight training of hiring new graduates as instructors instead of seeking those with real experience and ability to share that experience and knowledge to a future generation.

This particular accident will have another aspect, a psychological and personality
aspect, that could be a combination of dictator and submissiveness.

To translate that into aviation, Judges would say, "What empty fuel
tanks", "what do you mean overloaded, I say its half empty. However when
it comes to their own safety, they are a collective group of some of
the most demanding and fussy passengers one can imagine.

If a judge finds out that a pilot might be appealing his decision, they do and will send a letter to the airline that they don't wish to fly with that particular pilot which is as good as sending a letter demanding that the airline terminate that pilot for no other reason that he happened to have the bad luck of being a male victim of domestic violence which in Ontario is heresy and deserving of a restraining order, a vexatious litigant order, and of course, termination of any and all relationships with children.

And that's a symptom of the lack of any  psychological and or personality
screening for members of the Judiciary who are chosen not for their
legal but political skills and ability to fly by the seat of their pants
with their eyes ears and mouth shut.