Tax benefits and new legislation ring in the new year

Families with children will receive greater benefits in 2015, but workers will pay higher EI premiums. 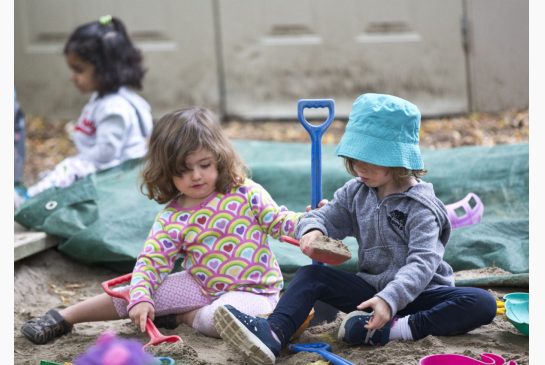 By: Joanna Smith Ottawa Bureau reporter, Richard J. Brennan Provincial Politics, Published on Wed Dec 31 2014
The first day of 2015 brings with it a mixed bag of good and bad news for residents of Ontario and right across the country.
To begin with, restaurant and bar patios are off limits — among other places including parks — to smokers across the province and on the national front all Canadians should brace themselves for higher payroll taxes.
Employment Insurance rates will increase to a maximum annual premium of $930.50, compared to $913.68 in 2014. However, the cap on the weekly EI benefit will also rise to $524 from $514 last year.
These are just some of the provincial and federal regulations and legislation that come into play on the first day of 2015.
Among them are the new federal income-splitting measures, which will put money back into Canadians’ pockets for couples with at least one child under 18.
In families where one parent works and the other stays home, or makes significantly less, the parent who earns more will be able to transfer up to $50,000 of taxable income to the parent in a lower tax bracket in order to claim a non-refundable tax credit worth up to $2,000.
Meanwhile, all families — including single-parent households — will see their Universal Child Care Benefit increased from $100 to $160 per month for children under the age of 6.
Parents with children between the ages of 6 and 17 will receive a new benefit of $60 per month.
The increased payment will not actually arrive until July 2015, but that cheque will include the additional amounts for the first half of the year. This enhanced benefit is going to replace the Child Tax Credit for the 2015 taxation year.
The Child Care Expense Deduction is also going up by $1,000 for each age group, although that change only kicks in for the 2015 taxation year, which means families will not be able to claim it on this tax return.
Those amounts will increase to a maximum of $8,000 for children under 7, $5,000 for children aged 7 to 16 and $10,000 for children eligible for the Disability Tax Credit.
The Children’s Fitness Tax Credit is doubling to $1,000 for the 2014 taxation year. It will become refundable the following year, which means that those whose income is low enough not to have to pay taxes will also be eligible for a refund.
In Ontario, the Liberal government says it is committed to seeing that the province has the lowest smoking rate in Canada. The new rules prohibit the sale of tobacco on post-secondary campuses and schools, and prohibit smoking on all restaurant and bar patios as well as children’s playgrounds and publicly owned sport surfaces.
Other provincial changes include:
The cost of shipping a parcel through Canada Post to anywhere in the country is expected to increase by 4.2 per cent for most customers beginning Jan. 12.
The cost of shipping a parcel via Canada Post to the United States or overseas is expected to increase by about 1.8 per cent for most customers.
The current price of stamps for mailing a standard letter within Canada — $1 for single stamps or 85 cents each if you buy them in a booklet — will remain the same throughout the year.

What the Government is not mentioning is that this is a Feminist budget.
In Ontario 99% of all custody decisions are made to favour Mothers even when they are the most violent mothers in Ontario.

Ontario operates a Gender Superiority Program that actively promotes the murder and abuse of full time fathers, a vulnerable group who, if they ever call police normally get charged and never see their children again.

If a man reports his wife is attacking him with a knife and she complains of hearing voices talking to her, Police will charge him with perjury.

If a Judge issues criminal charges against a mother, another Judge like the Corrupt Allan Sheffield of the vile Former Judge Denis Power will issue restraining orders because how dare a man ever say a woman is violent.

If a Judge like Robert Maranger or Jennifer Belishen gets hold a male victim of domestic violence they will terminate the children's relationship with their Full Time Father and place children with the most violent women imaginable.

Why? Because our Ontario and Federal Governments treat men, fathers as second rate human beings, devoid of legal rights, and suitable only for paying support to ensure that women get the wealth and that the sub human Fathers of Ontario get to be financial slaves.

Ontario, a dangerous place for children and fathers.