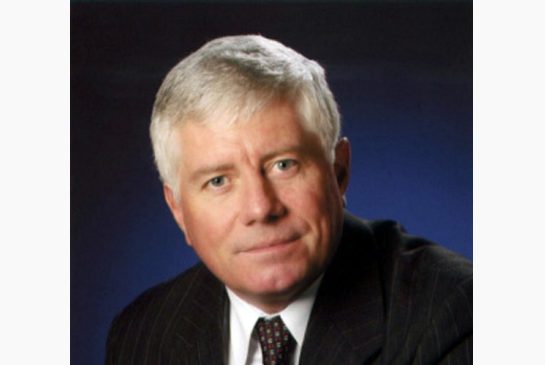 Eric Cunningham, former Ontario MPP, has died with his long-running lawsuit against two of his ex-wife's laywers unresolved. the legal action regards the actions of private investigators now jailed in the United States for money laundering.

By: Jacques Gallant Staff Reporter, Published on Thu Jan 01 2015
Former Hamilton MPP Eric Cunningham died in his sleep on New Year’s Day, hours after telling a friend that the stress from an ongoing lawsuit against people he said had sullied his reputation was going to kill him.
Cunningham, also a former federal candidate for the Liberal Party and public relations consultant, died at his home in Huntsville. He was 65.
In his final years, he became the very public face of the fight to have private investigators Cullen Johnson and Elaine White face justice. The pair is accused of reeling in clients by faking bank records to suggest that ex-spouses and relatives had stashed money offshore.
White and Cunningham’s ex-wife Joan Montgomery alleged during divorce proceedings in 2007 that he had hid $2.3 million in offshore bank accounts. A judge would rule that the evidence was false.
Johnson and White, who the Star exposed in a 2009 investigation, are serving jail sentences for money laundering in the United States. They still face fraud charges in Ontario.
Cunningham was recently fighting a lengthy court battle against two of his ex-wife’s lawyers, suing them for, among other things, malicious prosecution. He alleged that they did not do their due diligence when they presented the so-called evidence gleaned from the private investigators, said his civil lawyer, Marc Munro, who added that Cunningham was hoping for a positive outcome in 2015.
“Literally his final words to me were: ‘The stress of this is going to kill me,’ ” said private investigator and friend Derrick Snowdy. “We just laughed it off.”
Cunningham is survived by his second wife, Heather Hunter, daughter Ashley and son-in-law John Mesec.
“He was brilliant, kind, humorous and a warrior,” said Hunter, his wife of seven years. “He was diligent, he was thoughtful. He was such a fighter. He was a justice seeker. He was fighting for justice for himself and for his family. And he was the strongest person I’d ever known in my life.”
Born in Hamilton on April 14, 1949, Cunningham attended the University of Western Ontario and McMaster University and worked as an advertising executive.
He was the eldest of four children — two surviving brothers, Douglas and Duncan, and a sister, Pamela, who predeceased him. His father, also named Eric, died when Cunningham was 10 years old.
His mother, Catherine Estelle, was considered a pioneer in her field, opening one of the first private physiotherapy clinics in Ontario on Brant St. in Burlington in 1963, and later becoming chair of the licensing body for physiotherapists.
Estelle, who died three years ago, was an important figure in her son’s life, and actively volunteered on his political campaigns.
“There may have been prejudices out there in the workplace to the advancement of females, but whatever barriers were put in my mother's way she moved them aside and never complained about it,” Cunningham told the Hamilton Spectator after his mother’s death. “She got things done.”
Cunningham was first elected to the Ontario legislature in 1975 as a Liberal MPP for Wentworth North after having lost his bid the previous year for a seat in the House of Commons. He was re-elected in 1977 and 1981, serving until 1984. The Liberals were in opposition during Cunningham’s political career. He served as the transportation critic.
“He was a very, very creative guy, and was always thinking new and clever things to do,” said former Ontario Premier David Peterson, who assumed leadership of the party in 1982 and was first elected at the same time as Cunningham in 1975. “We were part of the new guard that was coming in.
“He was bright and energetic, liked a good scrap, wasn’t fearful. He was a good man to have on the team and was very committed to his community.”
Cunningham quit provincial politics in 1984, attempting for a second time to run federally, but lost again as the Progressive Conservatives under Brian Mulroney won a landslide victory. After that he went into public relations, and was working as an independent consultant based in Burlington right up until his death.
Current Municipal Affairs Minister Ted McMeekin assisted Cunningham with his 1984 federal campaign, and said it was because of him that he decided to join the Liberal Party, calling Cunningham a mentor.
“His constituents loved him and he loved them. He always had time for the little guy and fought some seemingly unwinnable battles,” said McMeekin. “He relished a good fight.”
The fight of his life would begin in 2007, when Montgomery and White alleged that Cunningham had $2.3 million in accounts in the Cook Islands, Panama, the Bahamas, Hong Kong and the Cayman Islands. Although Cunningham would come out the victor when it was proved that the information from the private eyes was a fabrication, the ordeal took an immense toll on him, both financially and emotionally.
“I was happy to be vindicated but this whole thing has beaten me down, had a huge and negative effect on my life,” he told the Star in 2009 during its investigation of Johnson and White.
Star investigations editor Kevin Donovan, who along with reporter Moira Welsh investigated the pair, said: “Eric was a quiet and honourable source of information over the many years I knew him. When he became a victim of a financial scam he was a dog with a bone, doing everything he could to help the Star and then the justice system flush out the truth. A lot of victims and perhaps future victims owe him a debt of gratitude.”
Munro, Cunningham’s civil lawyer, said he was “extraordinarily determined” to pursue his lawsuit against the lawyers. He said he now has to seek instructions from Cunningham’s family on the next steps for the legal fight.
“He believed in the process,” said Munro. “He truly believed in the saying that justice grinds slowly, but it does grind.”
Cunningham’s wife said Smith’s in Burlington will handle funeral arrangements, with a service expected to take place early next week.
With files from Kevin Donovan and the Hamilton Spectator

Wow, Marc Munro's telephone will be running hot for years to come as a result of this story.

Ontario Courts 99% of the time, give their stamp of blessing to any order obtained by fraud. They call it res duicata, or issue estopple, and the very worst underbellies of the legal profession do it day after day, commit perjury, obstruct justice and Fabricate Evidence.

Ottawa has several lawyers that the rest of the legal profession despise.

Robie Stewart Loomer fabricates allegations of fathers being pedophiles to gain urgent motions that are in reality private child protection applications AFTER the CAS and Police investigate and find no concerns.

Robie Stewart Loomer encourages his clients to be violent, knowing that if the police are called a "contact" will fix it.

Robie Stewart Loomer files Affidavits of service without having served the documents, and the Ottawa Police refused to investigate. Crown Attorney Tara Dobec Stayed Criminal Charges before a pre-enquete could he heard.


Then there is Marguerite Lewis, a child abusing Evidence Fabricating Lawyer for the Ottawa CAS who fabricates evidence of admissions when none were made of being a pedophile, and when a mother admits assaulting children by slapping them on the back, she changes the transcripts and claims that it was just Discipline.


Spare a thought for the victims of Ontario's Cartel of Criminal Organizations called the Children's Aid Societies of Ontario.

They are effectively engaged in mass murder of those who they destroy.

Thanks to our dead beat Liberal Governments who have for decades "anointed Judges" who were former CAS laywers as Judges where they continue to fabricate evidence and just "Rubber Stamp what ever CAS ask for.