Christie Blatchford: If this government has been trying to appoint a rabidly conservative court, it has utterly failed 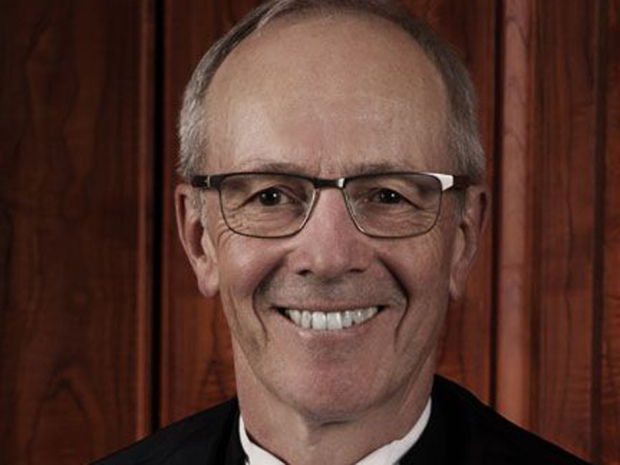 George R. Strathy is maybe the best answer to the paranoid yet popular notion that Prime Minister Stephen Harper is bent on remaking the judiciary in his own evil image, or, as one blockhead recently suggested, “trying to pack the courts with right-wing judges and former prosecutors.”

Mr. Strathy was appointed by the Harper Conservatives, first to the Ontario Superior Court, then to the Ontario Court of Appeal until finally, last June, he was named by the PM himself (prime ministers get to pick Chief Justices as well as members of the Supreme Court) as Chief Justice of the appeal court.

Before his rise to the bench, Mr. Strathy was a former civil litigator with a speciality in that well-known breeding ground of hard conservative thinking – maritime law.

So what was among the first orders of business for the presumed Harper toadie upon assuming the loveliest office with the best view at the lovely old appeal court building in downtown Toronto?

Why, it was to write a decision that delivered another kick to the nuts of his presumed benefactor, the PM.

This was in a case called R v Hamidreza Safarzadeh-Markhali, a fellow who’d been convicted of marijuana possession and eight firearms offences, including possession of a loaded handgun, and who was now appealing his conviction, while the Crown was appealing his sentence.

The three-member appeal court panel disposed of the conviction business quickly: Mr. Safarzadeh-Markhali claimed he’d been illegally searched and was the victim of racial profiling, but the court agreed with the trial judge that he had not.

Onto the sentencing: The Harper government had passed the controversial Truth in Sentencing Act, which did away with the practice of awarding 2:1, or more, credit for time served in pre-trial custody, set a new maximum of 1.5:1, but also changed the criminal code to stipulate that if an accused was denied bail primarily because of a previous conviction, he wasn’t eligible even for the reduced credit.

That’s because the government’s idea, in part, was to increase the sentences of repeat offenders, fellows just like Mr. Safarzadeh-Markhali, who had a long sheet including convictions for uttering threats, assault, aggravated assault, possession of a restricted firearm and was under a lifetime firearms prohibition.

He had not got bail, and had in fact consented to his detention, mid-way through his hearing, presumably because he realized he wouldn’t get it. Yet the justice of the peace made the endorsement under the revised criminal code to suggest that the reason he was denied bail was because of his record.

Thus, Mr. Safarzadeh-Markhali remained in custody for 20 months while awaiting trial, where he was smartly convicted. Because of the JP’s endorsement about his previous convictions, he theoretically wasn’t eligible for the 1.5:1 credit.

But the trial judge found that Mr. Safarzadeh-Markhali’s liberty rights under the Charter had been violated by the new law, and said that by limiting pre-trial custody to 1:1, the “least-informed justice,” the JP, could fetter the discretion of the best-informed one, the trial judge.

So, though the judge found that a sentence of six years would be appropriate for Mr. Safarzadeh-Markhali, he should get the enhanced credit anyway. He was duly given it – 31 months – which meant that he had a sentence of 41 more months to go.

The appeal court agreed, and, with Chief Judge Strathy writing, said the new law meant that three accused people, charged with the same offence and with the same criminal records, could end up serving very different sentences — with the fellows like Mr. Safarzadeh-Markhali, who were denied bail on account of their records and then denied the enhanced credit, serving up to an extra year in jail.

As Chief Judge Strathy allowed, the legislative purpose of the new law might be appropriate and might even be achievable in a fair manner, but, “Unfortunately, however, like many attempts to replace the scalpel of discretion with a broadsword, its application misses the mark and results in unfairness, discrimination and ultimately unjust sentences.”

In other words, how sharper than a serpent’s tooth is an ungrateful Harper judicial appointee.

And this was hardly the first time that Harper-named judges have been seen to stick it to the PM and government which appointed them, just a particularly delicious illustration of it.

Mr. Harper has appointed seven of the nine Supreme Court judges, yet that court almost routinely has thumbed its nose at his government’s tough-on-crime laws. The government has also elevated more Liberal-appointed Ontario Superior Court judges to the appeal court than it has bumped up Conservative-appointed ones.

It goes on and on: If this government has been trying to appoint the rabidly conservative to the courts, it has utterly failed. That may be because Mr. Harper et al just aren’t very good at winnowing out who is philosophically aligned with them (which is, by the by, surely the spoils owed the electoral victor) or, more likely, because as Andrew Stobo Sniderman wrote in Maclean’s magazine three years ago, the truth is that “Judges tend to defy partisan characterization.”

So what to make then of the recent whingeing from the criminal defence bar that the Harper government, in this instance Justice Minister Peter MacKay, is appointing too many prosecutors and not enough defence lawyers?

This was in relation to a sheaf of 22 new superior court appointments across the country last month. Of the 22, a total of eight were prosecutors.

First of all, the single largest group – nine — were from the civil side of things, litigators with specialities in labour law, bankruptcy, tax and the like.

But more to the point, being a prosecutor doesn’t begin to equate with being a Charter-loathing troglodyte. I am unaware of a speck of evidence that it does. As it happens, I know and have seen in action several of those appointees: They may of course be frothing-at-the-mouth law-and-order freaks, but nothing they have ever done or said would suggest that.

And history teaches that they’ll all do just as they please anyway, just as George R. Strathy does. Huzzah: Nothing to see here, people. Move along now.

Christie draws some obvious conclusions but there are other observations that the public need to make that shine a light on the reality of the Judiciary.

First, the "selection panel" is chosen by the government, burocrats who are there for their own agendas that include the most politically correct agendas regardless of party politics. They recognize that an election could suddenly put them out of a job unless they do, what is politically correct rather than legally correct.

When Judges make Political decisions that don't please Harper, it means that a judge was making a political decision that was made for his or her own long term survival and approval regardless of political power.

The most serious problem is that Judges have NO accountability. Harper and indeed all political parties could if "brave enough" could bring about psychological screening of judicial candidates.

There are a large number of the most unsuitable lawyers who in particular, worked for Ontario's Criminal Cartel of private unaccountable  Children's Aid Societies of Ontario.

The least suitable judges say "what conflict" while the most suitable decline in a flash any case that might be a conflict. The worst of the worst like Madam Justice Linhares Desousa seize themselves of cases to ensure total destruction.

Others like Jenifer Belishen and the worst of the worst, Alan Sheffield, make decisions that they believe are appeal proof in order to bury cases that might embarrass them or which are clearly an attempt to obstruct justice by a judge.

Mr. Harper and all our politicians need to understand the old saying that absolute power corrupts absolutely and at the top of the list of psychopaths, borderline personalities, and professional brown noses, we have those who get to be judges.

The problem is one of accountability for the most despised group in in society.