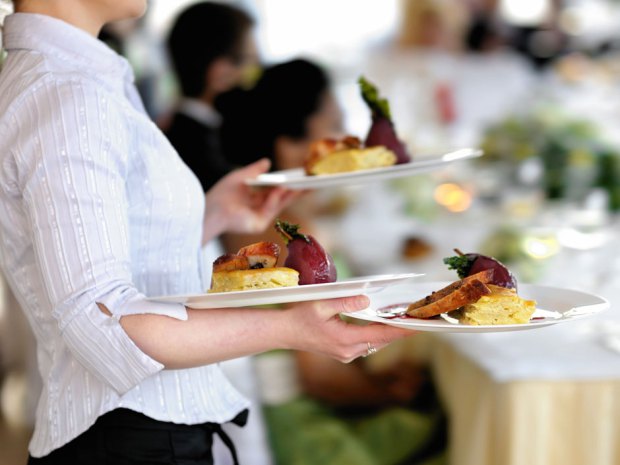 The Canadian restaurant industry is rife with discrimination, a warren of hostile forces aligned against … men?

“Just go to any restaurant or bar downtown”—Mr. De Bousquet specifically cited The Keg and Wild Wings —“and you’re likely to encounter an all female staff,” he said, “except for the males that work in the kitchen.”

But Mr. De Bousquet does not intend to let this state of affairs stand. He recently challenged the allegedly anti-male culture of Canadian restaurants in a case before the Ontario Human Rights Tribunal. And he won, sort of.

In 2013, Mr. De Bousquet’s client, Adnan Cenanovic, responded to an online ad for “female only” servers at a Bourbon St. Grill in a Richmond Hill food court. He didn’t get the job and, two days after applying, he hired Mr. De Bousquet to represent him in a sexual discrimination complaint.

The ruling in that case, released just before Christmas, reads like a polite, legalese wish for a pox on all sides of the dispute. The restaurant’s owner, Weiwei “Tony” Zhu, at first admitted to trying to hire only women for the open job, then later tried to recant, a switcheroo the adjudicator, Jennifer Scott, didn’t buy.

Mr. Cenanovic, meanwhile, didn’t act like someone who sincerely wanted a $10-an-hour food court job, Ms. Scott found. For one thing, he’d never worked in fast food before, despite having more than a decade of experience in restaurants and bars.

Mr. De Bousquet, though, denied that allegation. Not only did his client desperately want the job when he applied for it, he said, he still would have taken a job, any job after filing the case.

“In April, we contacted the defendant and we said that my client would accept a job as a settlement, and if the respondent didn’t want to hire him, he could arrange to give him a job through one of his connections,” he said.

In the end, Ms. Scott found that Mr. Cenanovic could not prove he’d lost out on the job because of his gender. But, because the job ad itself was discriminatory, he was nonetheless a victim. “The respondents violated the applicant’s rights when they posted a job ad that stated he should not apply because he is a man,” Ms. Scott wrote.

The Government of Ontario under different political parties has steadily adopted a FAs.cist Program of Gender Superiority.

Taxpayers spend billions of dollars on "The Mother's Aid Society" or what lawyers openly refer to as "The Gestapo", the unaccountable Children's Aid Societies of Ontario who get their own lawyers appointed as Judges who then rubber stamp away any idea that mothers might be perpetrator of domestic violence.

Marguerite Lewis is rumored to be a future judge, and she has all the usual qualifications, decades of fabricating evidence, a pathological hatred of fathers and a willingness to fabricate evidence.

Just why is she so brave?

You see, the judges she appears in front of like Jennifer Belishen and Tim Minemma are former CAS lawyers who are guaranteed to turn a blind eye to criminal offences against the administration of Justice.

Marguerite Lewis does not not deny the above allegations.

For those reasons, this is a true story for the public benefit and is not libelous etc.

The Ottawa Police actually started an investigation and a CASlawyer well spoke to the investigator and had it dropped. Her name? Tracey Engelking, another Criminal working for the CAS.