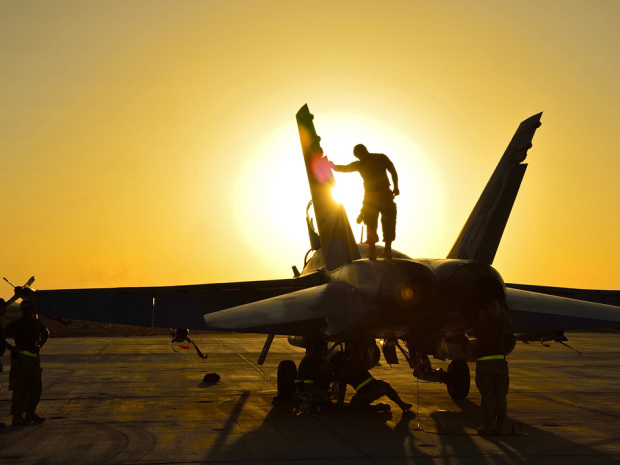 I found the recent foreign policy article by Postmedia’s Mathew Fisher predicting an isolationist path by a future Liberal government, in contrast to the Conservative policies evidently more to his liking, deeply flawed. It did not merit its description as “analysis.”

Let’s start with the obvious, the conflict in Ukraine. The Liberal position has been in total lock step with the position of the government from the very beginning. To suggest otherwise, as Mr. Fisher did, is simply wrong. How a journalist could be unaware of this is frankly difficult to even imagine.

Since a review is apparently necessary, here are some facts Mr. Fisher may have missed: During an emergency debate in the House of Commons more than a year ago, it was the Liberal party that first raised the issue of tough, direct sanctions against Putin’s cronies, while the other two parties were still non-committal. In fact, the Liberal party continues to advocate stiffer sanctions than the government on certain individuals close to Putin as well as providing armoured vehicle assistance to the Organization of Security and Co-operation in Europe, charged with monitoring the ceasefire conditions in eastern Ukraine. We have supported the government’s commitment to the NATO reassurance mission every step of the way. These deployments include CF-18s in the Baltic States, troops in Eastern Europe and a Canadian warship.

One last example: Mr. Fisher stated that China is asserting itself aggressively against its neighbours in its adjoining Pacific Ocean waters, and suggested that the Liberal Party is trying to avoid this “hot spot.” So my question is: What precisely is Stephen Harper doing about this issue? Here’s the answer: precisely nothing.

To generalize on the Liberal approach to foreign policy based on my party’s decision to vote against the deployment of 6 CF-18s to Iraq is simplistic and smacks of wanting desperately to make a point no matter what. The decision of the Liberal party to vote against sending CF-18s was based on the fact that the government had not presented a compelling case to justify such a role, as opposed to focusing on a different Canadian role to help defeat the Islamic State. The Liberal party believes the world needs to band together to combat the evil that is ISIS and each country needs to bring to the table what it does best. When a coalition is composed of some 60 countries with 50 or so contributing in a manner that does not include air strikes, there are obviously many options on the table — including other military roles.

To state, as Mr. Fisher did in his opening paragraph, that CF-18s were deployed to “to conduct round-the-clock combat operations” is, to put it mildly, over the top. The number of sorties has been very limited for reasons that were well anticipated beforehand:  ISIS is adapting rapidly to airstrikes and there is very real concern about collateral damage.  We don’t know how many bombs have actually been dropped by Canadian CF-18s so far, but based on what has been reported, it is probably a very small number.

So what is the highest and best use of Canadian strengths and talents? Yes, we can bomb as well as others, but we can also do other things better than others — like training Iraqi troops to defeat ISIS. We can also be a global leader in humanitarian aid, medical help and reconstruction — it’s all about winning the hearts and minds of local Iraqis and of ISIS’s victims. That’s where the real “heavy lifting” will have to be done. What could be accomplished if we took the considerable dollars we’re spending on bombing and used it for aid, medical support and training?

Our position is the opposite of isolationism. It’s active engagement designed intelligently to be the most effective it can be.

Despite repeated attempts to get the government to provide public committee hearings as well as a cost for our deployment of 600 Canadians and the aircraft they are supporting, the answer has always been the same: “We’ll let you know when the 6 months are up.” Other coalition partners have been willing to release their costs, which is the only way to determine whether our dollars are being spent effectively on this important mission.

The Liberal party will remain engaged on this issue, as we will remain engaged with all the issues that impact Canada and global peace and security. Any suggestion otherwise is simply not in accordance with the facts that are already on record, even if Mr. Fisher would prefer not to acknowledge them.

Marc Garneau is foreign affairs critic for the Liberal Party of Canada.

It's unfortunate that Marc is now used as a Liberal marketing tool for their party propaganda rather than use his expert knowledge for the valuable use it could otherwise be used for.

The Liberals, especially in Ontario have Provincial State Funded Terrorists funded with Billions of Dollars a year in the form of Ontario's Cor.rupt Criminal Cartel of Children's Aid's Societies that cost Canada more than a very large fleet of F35 fighters.

While ISIS is gaining extremists who are driven by religious ideas, the Government of Ontario is driven by an equally repugnant Fasc.ist ideals of Gender Superiority that effectively discriminate against every father in Ontario.

The fact is the Liberal Government is founded on cronyism and corrupt ideas that pander the political correctness. It breeds unaccountability and destruction of the rule of law.

Check out our wanted pages.