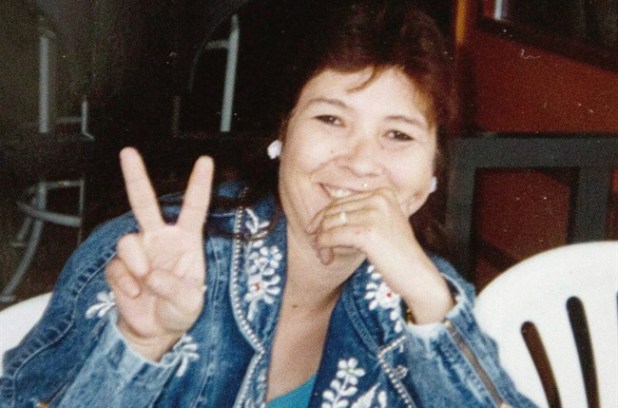 Brenda Moreside is shown in a family photo.

EDMONTON – A judge’s report on an Alberta woman killed by her boyfriend despite calling for help says domestic violence training for police and 911 operators needs to be constantly updated.

Provincial court Judge James Wheatley made seven recommendations after a fatality inquiry into the death of Brenda Moreside almost a decade ago.

Wheatley says many of the changes have already been made.

Moreside, who was 44, made an emergency call in February 2005 and asked that police remove her boyfriend, Stanley Willier, from her home in High Prairie in northern Alberta.

Court heard the operator was argumentative with Moreside and didn’t pass important information on to RCMP, who didn’t go to the house.

Twelve days later, officers acted on a tip and found Moreside lying dead in her pyjamas near the door of her home.

Willier pleaded guilty to manslaughter and was sentenced to 13 1/2 years in prison.

911 Training is not going to change the systemic social discrimination against victims of domestic violence.

Native women are well known group to suffer disproportionately high amounts of  not just domestic violence but of social injustice and discrimination in its various insidious forms.

One of the classic examples of that discrimination is abuses of the the Child Protection System with the idea that native children will be better off if "given" or "Placed" with a high income earning, socially and politically correct adoptive parents preferably of the same sex to satisfy political correctness.

In the Cities like Ottawa, its the fathers, full time fathers who are most at risk of domestic violence by women knowing that they call the likes of Corrupt Rotten Cop Det. Peter Van Der Zander who will personally Fabricate evidence NOT to charge the most violent of female offenders who habitually assault children and partners.

It's enough to make you want to puke.