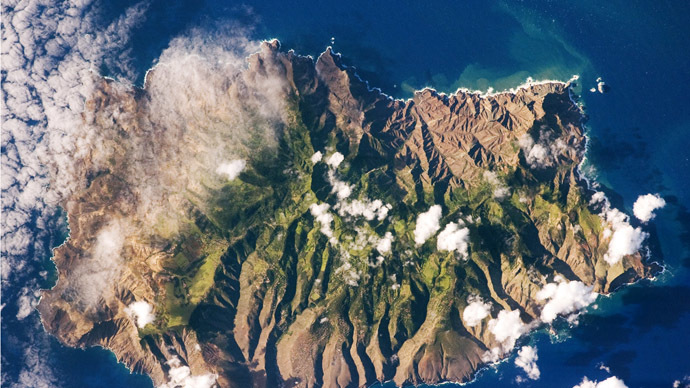 Britain’s Foreign and Commonwealth Office (FCO) admits it made an “erroneous” report to the UN when it denied that child abuse was rife in the British overseas territory of St Helena.

Two child protection whistleblowers who worked on the island are now suing the FCO and the UK Department for International Development for constructive dismissal.

Claire Gannon and Martin Warsama, UK social workers who worked on St Helena, which has 4,000 inhabitants, were shocked by what they found on the island. They said they were victimized after reporting abuse, then were threatened and eventually forced to leave.

The FCO then commissioned a report by children's charity the Lucy Faithfull Foundation. The report was not published, but the findings were leaked to the whistleblower website. It found there was a “persistent” culture of abusing teenage girls and a “cultural acceptance of the premature sexualization of children” on St Helena. Girls were subjected to “violent and brutal” attacks, the report said.

When the FCO was asked by the UN about the island in 2013, the FCO said the LFF report found “no evidence of sexual exploitation.”

However, the FCO has now told the Sunday Times: “It was a former member of St Helena government staff who included the erroneous line in the report, and we have now changed the clearance process so it can't happen again. When we found the line included, we had it changed, and the UN have accepted that change.”

Gannon’s witness statement says: “The FCO … even lied to the UN in order to cover up the child abuse and police corruption. The FCO said that having had the benefit of the LFF report, there were no issues on the island … they know that to be entirely untrue. The Lucy Faithfull Foundation report stated the exact opposite,” the Sunday Times reports.

The report had revealed that:

* St Helena has a culture of acceptance of child abuse

* Juries only convict the most serious sexual abuse cases

* Puberty, rather than the age of consent, is considered acceptable for sex

* Brutal sexual conduct is considered the norm on St Helena

It also raised concerns that a British-funded airport due to open in 2016 could make St Helena a magnet for sex tourists wanting to have sex with young girls. It warned: “Existing vulnerabilities and confusions on St Helena in respect of sexual conduct might prove ripe for exploitation by more sophisticated visitors.

RT UK seems to spend a lot of time attempting to undermine the confidence of the British Public with embarassing stories and, this story, "fair game". Its the publication of a story that will not make mainstream press.

The problem is that its a demonstration of the Russian mentality that fails to see the view of the average British Citizen, Canadian or US citizen for that matter.

Russia has a lot of culture and values that put western countries to shame and if RT wishes to gain some propaganda value, it needs to show how, areas such as "Child Protection" are essentially corrupt in western countries and a form of Nazism or at least Fascism.

For example Russia places value on traditional marriages rather than the western alternative of promoting gay marriage that does not produce children.

Russia needs to set examples of legal acceptability by BANNING from Travel to Russia those who engave in criminal offences against Children, especially Russian Child citizens in other countries.

Marguerite Lewis is a Child Abuser of Russian Child Citizens and as such should be banned from entry to or travel to any country that refuses entry to known criminals.