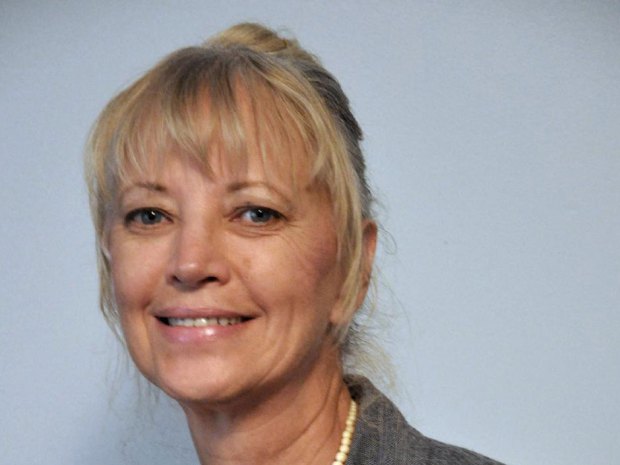 An Ottawa doctor who treated a suicidal teenager with vitamins can only work with patients who have other doctors taking care of them, Ontario’s College of Physicians and Surgeons has ruled.

The 19-year-old woman died by suicide in spring 2011, after just a few months in Dr. Jennifer Margaret Armstrong’s care.

The woman first went to Armstrong in December 2010, according to a college disciplinary finding released Monday. She had a history of suicide attempts and hospitalizations, but her mother said she’d improved with the help of a doctor experienced in environmental medicine.

That isn’t an officially recognized specialty in Canada, but the mother hoped Armstrong’s work at the Ottawa Environmental Health Clinic, in a little building on Carling Avenue near Andrew Haydon Park, would help her daughter.

Armstrong never did a standard mental-health assessment on her new patient, the disciplinary finding says.

“There were no conventional treatments offered or documented for her psychiatric symptoms,” the disciplinary finding says. “(The) patient was not treated for her psychiatric symptoms by another physician according to the chart. Dr. Armstrong did not refer this patient to another physician for the psychiatric symptoms or her seizures. The patient did not have a family physician. Instead, Dr. Armstrong concentrated on giving vitamins, minerals and amino acids, which are not the standard of care. Her focus regarding this patient was on chemical sensitivities and metal toxicities.”

Armstrong admitted to not having upheld a proper standard of medical care for the young woman, the disciplinary finding says.

The website for Armstrong’s clinic talks about helping people who’ve been made sick by constant exposure to low doses of chemicals and energies in their environments, from mould to heavy metals to electromagnetic radiation. Treatments include vitamin infusions, allergy tests and “detoxification.”

Many of those treatments aren’t covered by public health insurance, and the site says patients can expect to pay between $500 and $2,000 out of pocket for the first month of Armstrong’s care. A vitamin infusion alone can cost up to $200.

The voice mail at the clinic says patients who wear scents or smell of smoke won’t be treated. It also says the clinic isn’t taking new patients and its waiting list is closed.

Armstrong gets to keep her medical licence, but current patients, according to the disciplinary finding against Armstrong, have until the end of January to find other doctors or Armstrong has to stop treating them. Those other doctors will have to get regular updates on what Armstrong does with each patient, including new therapies she plans or changes to treatment she’s already doing. There’s no time limit on the condition.

Armstrong’s registration with the college says she graduated from the University of Toronto’s medical school in 1977. The Citizen has interviewed her in the past on environmental sensitivities (she suffers from them herself, she said) and the toxic effects of moulds. In 2011, a story said her clinic had a three-year waiting list.

Environmental medicine has a difficult history. Its devotees point out that numerous substances have done damage to human health for a long time before they’ve been widely recognized as dangerous — pesticides, lead and cigarette smoke, for instance — and argue that if we paid more attention to such factors, we’d be healthier.

Critics, including many doctors, say sometimes there’s no evidence that something is dangerous because it actually isn’t dangerous, and trying to find environmental sources for particular afflictions can mean ignoring real problems.

This "doctor" is a classic example of how a Female Medical Professional, can get away with horrendous abuse of patients and then smile for the camera.

She displays all the symptoms of a borderline personality if not a psychopath with delusions of grandeur combined with a propensity to engage in fraud.

It's a classic example of how Society will assume Female Medical Professionals are sacred cows and can do no wrong.


The reality in Ontario is very different. Ontario promotes violence and abuse by women towards children and fathers with billions of dollars of state funds protected by a
Judiciary cherry picked from the worst of the worst fabricators of evidence as Judges where they escalate and enforce a FAs.cist view of society thru a gender lens that results in 99% of children in custody cases being placed wit women, even when they are the least suitable and the most violent women imaginable.

Readers should do a google search on Sherri Tenpenny another loonie toon doctor that advocates against immunizations.

Our society refuses to take note of Deranged delusional female psychopaths simply because they are medical professionals.

In Ottawa, our Judiciary operate with a Gender Lens, a crazy delusional belief that men are bad, and women are good.

In Ottawa our police fabricate evidence to support these female psychopaths.

When it comes to Male Abusers, spare a thought for the victims of Ottawa Quack, Loonie Tune, Father hater and Fabricator of Evidence
Dr. David Alexander McLean, "a psychiatrist" whose real role for decades has been as a "Hired Pen" for the Ottawa Criminal Child Abusers, the Children's Aid Society of Ottawa.

Recently Dr. McLean reccomended that a mother who was charged with threatening to kill the father of her children, of assaulting him some 55 times in one day, be given "custody" when in fact, she was not in reality the child's full time parent who cared for the child.

Dr. McLean is probably Ontario's worst and most dangerous child abuser while he still practices.

The best thing Dr. Mclean can do for society is to "retire" and or turn up his professional toes permanently.

What is most insulting is that this Fabricator of Evidence engages in the most horrible abuse of children that is worse than sexual abuse of a child.

Ontario will be a lot safer when this creep gets a ticket on the next mission to Mars.