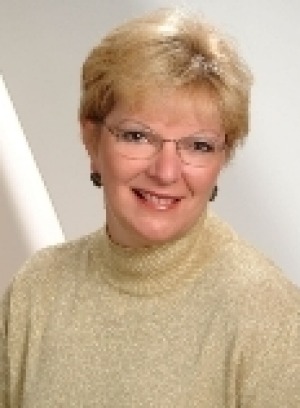 Doctors are calling for the federal government to stop a high-profile American anti-vaccination campaigner from entering Australia for a planned speaking tour in March.

Sherri Tenpenny, a trained emergency physician and osteopath, is due to begin a series of lectures about vaccines in Melbourne on March 1. The author of Saying No to Vaccines is expected to be joined by Australian homeopath Isaac Golden, who controversially promotes the use of natural products to prevent disease.

John Cunningham, a Melbourne surgeon and spokesman for pro-vaccination group Stop the AVN, said the government should not allow someone of such poor character into Australia to spread fear, paranoia and misinformation.

Australian Medical Association's Council of General Practice chairman Dr Brian Morton also supported the call for her to be blocked from entering, saying her views were inconsistent with overwhelming scientific evidence supporting vaccination.

"Sherri is one of the highest-profile anti-vaccine liars in the USA, and we should be sending a strong message to these loons that in Australia we rely on facts, science, and rational and considered opinion by people with expertise," Dr Cunningham said.

"Stephanie is organising the tour through the Get Rid of SIDS Project Inc and the GanKinMan Foundation, which are both dubious organisations. The money paid for tickets is going straight into her pockets," Dr Cunningham said.

Stop the AVN, a group of health professionals and scientists who have been trying to stop vaccination sceptics, formerly known as the Australian Vaccination Network, are running a social media campaign that is trending under #StopTenpenny.

A spokesperson for Immigration Minister Peter Dutton said the minister was taking advice on this matter and would make further comment when appropriate.

A Department of Health spokeswoman said: "Public discussion on immunisation is welcomed but parents should always ensure they are fully informed with accurate, scientifically based information on the benefits and risks of childhood immunisation."

Ms Messenger defended the tour and said hundreds of tickets had been sold. "This is about free speech and informed choice," she said.

It would be laughable for the government to block Dr Tenpenny's entry to the country, she said.

Readers should do a google search on Dr. Jennifer Margaret Armstrong another loonie toon doctor.

Our society refuses to take note of Deranged delusional female psychopaths simply because they are medical professionals.

In Ottawa, our Judiciary operate with a Gender Lens, a crazy delusional belief that men are bad, and women are good.

In Ottawa our police fabricate evidence to support these female psychopaths.

When it comes to Male Abusers, spare a thought for the victims of Ottawa Quack, Loonie Tune, Father hater and Fabricator of Evidence
Dr. David Alexander McLean, "a psychiatrist" whose real role for decades has been as a "Hired Pen" for the Ottawa Criminal Child Abusers, the Children's Aid Society of Ottawa.

Recently Dr. McLean reccomended that a mother who was charged with threatening to kill the father of her children, of assaulting him some 55 times in one day, be given "custody" when in fact, she was not in reality the child's full time parent who cared for the child.

Dr. McLean is probably Ontario's worst and most dangerous child abuser while he still practices.

The best thing Dr. Mclean can do for society is to "retire" and or turn up his professional toes permanently.

What is most insulting is that this Fabricator of Evidence engages in the most horrible abuse of children that is worse than sexual abuse of a child.

Ontario will be a lot safer when this creep gets a ticket on the next mission to Mars.