Police association wants more officers, passenger discusses ‘traumatizing’ Ottawa flight and the NCC on how the Rideau Canal skateway comes together on The Ed Hand Show 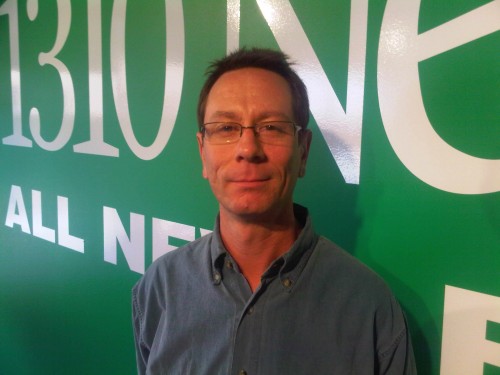 OTTAWA – Ottawa Police Association calls for hiring freeze to be lifted, NCC explains the maintenance involved for the Rideau Canal Skateway and an Ottawa area woman discusses her ‘traumatic’ flight from the Dominican Republic to Ottawa on The Ed Hand Show.

Ottawa Police Association President Matt Skoff discusses their call for a hiring freeze to be lifted calling the force ‘understaffed.’

Bruce Devine, Senior Manager, Operations, Facilities and Programs of the National Capital Commission discusses the process of ice being installed on the Rideau Canal, as well as what its like to be working in the deep freeze.

Executive Director of the Ottawa Mission Peter Tilley discusses what they’re doing to help people out of the cold during this latest snap.

Charles Lammam of the Fraser Institute discusses their study taking a look at the idea of ‘Guaranteed Income.’

The Ottawa Police have a lot of gall asking for a "hiring freeze" to be lifted when they effectively operate a Criminal Organization funded by taxpayers for $400 Million Dollars a year, of which around 75% is largely spent on Ontario's Fas.cist Program of Gender Superiority that promotes
Murder and Violence by women towards fathers.

If you take a look at famous quotations of Mein Kampf, you can see it reads like the practical operations manual of those Ontario State Funded Criminal Organizations that operate with impunity, immunity and total lack of accountability.

In Ottawa, Police claim that 90% of victims of domestic violence are female, a statistic that is promoted by the Extreme Feminists who in turn gain billions of dollars of escalating funding for their feminist propaganda.

The Criminal actions of the Ottawa Police cost society billions directly and indirectly.

A classic example is that of Ottawa Rotten Cop, Detective Peter Van Der Zander that the Ottawa Police Association don't seem to give a dam about.

Peter Van Der Zander, a drop out was recently promoted AFTER he was caught Fabricating Evidence to NOT charge one of Ottawa's most violent women who was arrested after she tried to strangle the full time father of her children.

The arresting officers told Van Der Zander that she had pulled him by the hair down on to a couch and then placed both her hands around his neck in a strangle hold around his neck that was so tight it left scratch marks and blood around his neck. He also had six inch diameter purple bruises from a very large number of prior assaults.

The arresting officers noted that those injuries needed to be photographed but never did.

Van Der Zander Fabricated his report with a string of fabrications including a claim that "She denied pulling his hair and attempting to choke him". The Ottawa Police later repeatedly failed to comply with court orders for that disclosure and when it was obtained, the Video showed Det. Peter Van Der Zander never asked her the questions and she never answered the questions he claimed she answered. He also made numerous other fabrications of what he heard on a recording and again, none of them existed.

Van De Zander went so far as to "Blame the victim" you see, he also claimed that her attempt to murder her husband was "a Reflex action" and quoted the case law of where it was used, but omitted to use the cases where such claims were thrown out and convictions recorded.

Van der Zander after interviewing the mother told her he was concerned IF he released her, she might go home and kill him with a knife! Then he told her that "next time, you be the first person to call the police"...

At the same time, he effectively removed the children from the fathers full time care and placed them in the care of the violent mother who he knew had a record of prior assaults.

He released that violent mother without interviewing the male victim of her violence, and kept the father locked up for nearly another day to give her a "head start" by sending her home as a "Victim" in an Ottawa Police Funded Victim Services Car, with a Victim Services female victim support worker.

Van Der Zander failed for the next few weeks to do any further investigation, as did his superiors Staff Sgt. Isobel Granger who simply removed him and replaced him with another detective who, six months later carefully had other charges from another day, screened and approved by an unnamed Crown Attorney.

The "Mother's Aid Society of Ottawa" stepped in and had Ottawa's Corrupt Crown Attorney TARA DOBEC "Stay the charges.

Those charges? were repeated death threats, and a charge of assault for some 55 assaults that occurred on just one day.

The Mother's Aid Society of Ottawa sent her to Jewish Family Services for a bit of paper that read "Anger Management Certificate". Two days later she assaulted her new male partner by placing a similar strangle hold around his neck, and with her thumbs intertwined around his neck told him "My father was KGB, I know what I am doing.

When that assault was reported to the Ottawa Police they did nothing.

When she discovered he had reported the assault, she demanded he "withdraw it" as she had been able to threaten and intimidate other witnesses. When the second male victim reported that intimidation to the Ottawa Police they did nothing.

The Ottawa Police operate as an unaccountable Criminal Organization that promotes violence by women towards fathers, they make "Custody decisions" by fabricating evidence, and then abuse their powers by Fabricating Evidence and or omitting evidence to lay Malicious prosecutions against Male Victims of domestic violence.

In Ottawa Recently, a woman changed to an old T-Shirt, poured her husband a glass of wine, and then without any warning punched him in the face, and called 911.

When the police arrived, they found him with blood pouring out of his nose.
Give you one guess who was arrested and who was charged.

That was a typical Ottawa Police Arrest of another Male Victim of Domestic Violence.

Without any corroborating evidence or witnesses, to support "She said" and contrary to all the evidence, the police laid charges that did not have a hope in hell of ever getting a conviction.

That case went to a four day trial that cost the father many tens of thousands of dollars.
For privacy reasons, the exact amount is left broad.
For the same reason is a similar amount that this violent mother agreed to pay to the father
for his criminal legal expenses due to the fabrications.

Every day in Ottawa, the Ottawa Police lay Criminal Charges against Male Victims of Domestic Violence and on some of those occasions, the male victims even include male, police officers.

And that's a story you wont hear from the Ottawa Police Association.

We live in a Police State where the police are increasingly taking money of the citizens
to pay themselves for work that they create that includes a great deal of Criminal Offences
by Police for Make Work Projects to justify their own propaganda.

It should. Famous Quotations from Mein Kampf read like the practical operations manual of
the Ottawa Police.

Chief Bordeleau is a master at propaganda.
.
He needs to be with a Corrupt Evidence Fabricating Police Force
that believes it is above the law.
.
Across Ontario, one only needs to look at the incredible number
of Police wearing "Safety Vests" that are the tell tale sign of
"Paid Duty" that is in reality, Financial Extortion by Police at exorbitant rates
when the same work should be and could be done by construction workers and or
private security contractors.

Ottawa Police lay an incredible number of charges that never result in convictions.
.
The also arrest an incredible number of people who are never charged.
.
Those two groups are largely composed of Male Victims of Domestic Violence
to satisfy the need for "statistics" to justify their Promotion of Hatred and Violence
against Fathers when, many of them are in fact fathers.

To justify those charges, the Police make it as difficult as possible for anyone to
hold them accountable.

First, they have their own "favorite Judges", that get assigned to their most difficult cases,
.
That means the Police can and do, fail to provide "Stincombe disclosure" obligations.
.
It gets worse, they habitually fail to comply with those orders because "Their Judges"
will do nothing about it.
.
When Judges make orders for the Police to disclose, the Ottawa Police effectively
give the court the finger and laugh.
.
Then when they do disclose, they leave out the very evidence that know will exonerate
the accused.

.
When evidence is NOT disclosed, it is often a key indicator that the Police were engaged
in a Criminal Offence and they don't wish to have that seen in court.
.
The Police have a very Negative and distorted idea of Justice that revolves around
them getting Promotions, as did Detective Peter Van Der Zander after he was caught
Fabricating Evidence.
.
The Ottawa Police Chief when provided with that evidence directly, immediately dropped
it on his deputy to write a PO letter.

The OIPD refused to investigate and despite the matter being in front of a long list of
Ottawa Judges, not a single Judge made a comment regarding the Criminal offences
committed by Det. Peter Van Der Zander.

The Ottawa Police are a Criminal Organization, and with a Chief who is an expert at Propaganda
the abuses both legal and financial will only escalate.

The Ottawa Police have a Criminal Code of Silence, and should ever any officer actually
give evidence that incriminates another, he or she will be shown to the door even it takes a few years to engage in terror, bullying, intimidation and isolation that end up making those they don't like leave the Ottawa Police.

The Worst Rats remain in the Ottawa Police the longest time and are rewarded with promotions.
The Ottawa Police make it very clear that officers are required to make "entries" in their confidential data base that reads like a Secret Police Neighbor reporting crap about their neighbours. Its riddled with fabrications about almost anyone and everyone in Ottawa.

Its a file that NO one other than an Ottawa Police can view and it is NEVER disclosed.
If officers make "contributions" above a certain level, then the are eligible for promotions.

IF you happen to see and Older Ottawa Police Officer with a lower than normal rank,
it may speak highly of his ethics and his refusal to play what is called "Old School Policing".