MacDonald, Dan & Farber: John A. Macdonald was a near genocidal extremist even for his time 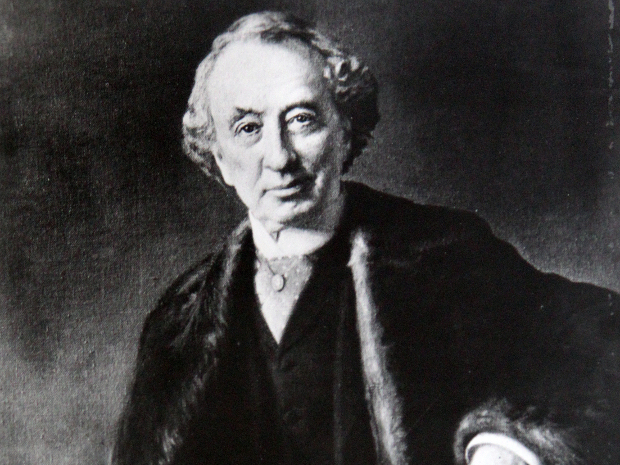 In the spirit of Hobbes, Montesquieu, Burke — and Machiavelli.

In the lead up to Kingston’s Canada Day celebration last year, the Shadowland Theatre manufactured a number of gargantuan puppets — “The Giants of Canadian Confederation.” The highlight of the parade was a 15-foot likeness of Sir John A. Macdonald, his grotesquely oversized pinkish head and hands molded from papier-mache, held aloft with sticks and ropes by two members of the theatre company.

Puppetry is a useful image. We can and should understand the motivations and the actions of those who are supporting the puppet — promoting a certain type of commemoration of John A. Macdonald — a celebration of his positive works which ignores, or at least minimizes, his crimes against aboriginal peoples in the construction of Canadian nationhood.

Canadian historian Tim Stanley has stated that “… Macdonald’s were among the most extreme views of his era. He was the only politician in the parliamentary debates to refer to Canada as ‘Aryan’ and to justify legalized racism on the basis not of alleged cultural practices but on the grounds that ‘Chinese’ and ‘Aryans’ were separate species.” His racism was not of the garden variety — he went much further than others — he feared racial contamination. Asians, he seemed to say, were the Ebola of the late 19th century — against which the emerging Aryan dominated state had to protect itself.

The pre-Confederation era was not ideal by any means, but a partnership ethos was certainly more evident during the earlier process of treaty making which went back to the 18th century. A partnership ethos marked by the two row wampum (First Nations historical view of peaceful coexistence between themselves and colonial parties) represented an ideal of how the relationship could have been. The ideal was about brotherhood, a sharing of the river, a voyage together side by side but respectful of each other’s traditions and autonomy, laws and governance systems.

In his dismissal of the partnership ethos of previous treaties and a tradition of mutual respect, Macdonald must be seen as an aberration of aboriginal-settler relations to that point. His opportunistic administration changed the nature of how the pre-Confederation treaties were honoured.

The result were acts which today could be seen in hindsight as genocidal — the deliberate starvation of peoples to clear them from the land. This might be seen as part and parcel of a larger colonial project of the Victorian era which saw millions dead in Ireland and tens of millions in British India, where natural droughts were perverted by the hands of colonial administrators into famines. Macdonald repeated this pattern on the Canadian plains, starving his fellow humans into submission.

Why did he do it? Primarily because his national dream was a European settler dream — it was not an aboriginal dream.

Professor James Daschuk, in his seminal work Clearing the Plains, signals the “outright malevolence” of the Macdonald government in bringing about the starvation of Plains Indians, to “starve uncooperative Indians onto reserves and into submission.” In 1885, rebutting criticism by the Liberals, Macdonald stressed that food was refused “until the Indians were on the verge of starvation, to reduce the expense.”

Fascism continues to this day in Canada. Now it's "Gender Superiority" that relies upon promoting violence by women against children and fathers, not to mention a wealth transfer system that actively encourages criminal offences including extreme violence in order for a single 911 call to remove a full time father.

It is amazing how the worst psychopaths get to rise to the highest positions in society.

The Ontario Government invests billions of dollars into the least accountable criminal cartels whose lawyers habitually fabricate evidence with an absence of any empathy or compassion for the destruction they cause.

Now with consecutive Ontario Governments turning an intimidated blind eye, they have become even more entrenched with their own underbelly being appointed a Judges of the Ontario Superior Court.
Check out the wanted pages at Ottawa Mens Centre for the story

about Marguerite Lewis, a lawyer for the Children's Aid Society of Ottawa,
that local lawyers refer to as "The Ges.tapo".

Everyone should never forget that it could be tomorrow that you are a law abiding citizen and suddenly end up being arrested and thrown in jail for being a victim of terrorism.

While we all greatly respect the RCMP and intelligence there have been a number of flawed investigations with dubious evidence.

Readers should take careful not of what Joseph Addelman said on Saturday.

“This is going to be a case that will determine the Canadian system’s value of
freedom of expression, freedom of assembly, freedom of religion, as
these will be core issues at the trial.”

With the seriousness of these charges, it will be weeks before a bail hearing is heard and the statement of Joseph Addelman indicates that the odds of them not being granted bail as remote.

Now, Public Safety Minister Steven Blaney just happened to be in Paris and his comments are also worth noting.


"”They are not linked in itself by exact link but they are part of this
extremist ideology and in that way they are related but not necessarily
in the same cell or groups.”

In Ottawa, even members of the RCMP can end up being the victims of an over zealous Ottawa Police with preconceived ideas that men are violent and women are victims.

Unfortunately, the RCMP cannot go after Domestic Terrorists like that of Ottawa Police Det. Peter Van Der Zander who Fabricates evidence to NOT charge the most violent of females and incarcerates men for not other reason than because they reported female violence.

Its that lynch mob mentality that increasingly results in throwing out the Rule of law.

Now, if these two men had been heading to northern Iraq to assist the Kurds, Steven Blaney and Steven Harper would probably be at the airport to see them off.

Canada has a very serious problem with "Domestic Terrorists" and it spends Billions of dollars funding "Terrorism", an issue that is effectively subjected to censorship, heard in secret courts more secretive than those of national security where the judges, are former professional fabricators of evidence for what local Ottawa lawyers openly refer to as "The Gestapo".

Ontario's Domestic Terrorists are exemplified by Marguerite Isobel Lewis, the subject of an Ottawa Police Investigation 13-72534 and a Det. John Gibbons after looking at the documentary evidence of transcripts concluded "She lied to the judge, its perjury".

You see Marguerite Lewis is a lawyer for Ottawa's number one Terrorist Organization, the Children's Aid Society of Ottawa where she personally Fabricates evidence to protect the most violent of female offenders by claiming admissions of being a pedophile when in fact no such admissions were made.

She also fabricated evidence to get rid of a mother's admissions of having assaulted children.  She also acts in contempt of court, contempt of the legislation, in fact she has total contempt for the Administration of Justice but thats normal for her because the Ottawa Judges hearing those secret court hearings are former lawyers for the same Terrorist Organization.

Rumor is that this professional terrorist is about to be made a Judge of the Ontario Superior Court and spend the rest of her days, as a corrupt rubber stamp for "The Gestapo".

check out the wanted pages at the Ottawa Mens Centre