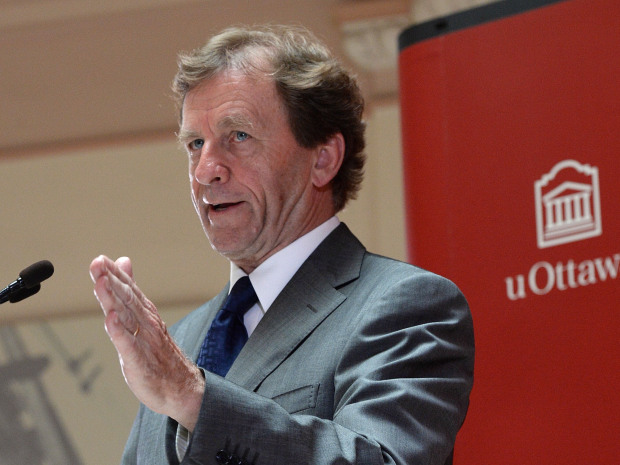 While the public's attention has moved on to UVA, Dalhousie, and other institutions across North America caught up in sex scandals, there are still 24 men at U of O left with the lingering effects of guilt-by-association.

Over the past couple of years, the slightest whiff of anything sex-assault-related has become kryptonite for a university’s reputation. Just ask Dalhousie University president Richard Florizone, who has, for weeks, been grappling with the fallout from a few profoundly idiotic sexual comments made on a Facebook page by a group of dentistry students. Or ask University of Virginia president Teresa Sullivan, who suspended all fraternity activities on campus in November after Rolling Stone published a horrific tale of a fraternity gang rape, only to have the facts of story fall apart when faced with external scrutiny. Most universities opt to overreact rather than underreact when faced with such situations, lest they be accused of perpetuating that cancerous scourge known as “rape culture.”

University of Ottawa president Allan Rock certainly wasn’t going to take that risk. When news emerged last February of an alleged sexual assault involving some team members in Thunder Bay, Rock went big. In a nationally televised news conference on March 3, Rock announced that the entire men’s hockey team would be suspended as the university and the police investigated the alleged incident. Then, in June, Rock extended the suspension to include the entire 2014-2015 season, and fired the team’s head coach. The sweeping sanction stood even after police laid charges against two of the team’s players, exonerating the rest.

In June, Rock acknowledged his guilt-by-association approach wasn’t entirely just. “The shadow cast by the allegations of misconduct has affected all members of the team,” he said. “Some unfairly.” But really, what else could he have done? Wait until police charged specific individuals before throwing a cloud of suspicion over the entire team? Absolve, at the very least, those who weren’t even at the site of the alleged incident? No; some might call such measures “fair justice,” but others would call it rape culture. Imagine what they would say on Twitter! No, Rock certainly couldn’t have that.

Rock may have dodged the Twitter shaming then, but the issue hasn’t gone away. Twenty-four members of the former men’s hockey team — all except the two facing charges — have joined forces to launch a $6-million class action lawsuit against Rock and the university, alleging that the school’s handling of the situation damaged their reputations.

“A dark shadow of suspicion was thrown over all the players even though the university already knew at that point the identities of the two players alleged to have been involved in the assault,” said Lawrence Greenspon, the lawyer representing the players. “There is a right way and a wrong way to go about investigating sexual assault,” he added. “This was the wrong way.”

While the public's attention has moved on to UVA, Dalhousie, and other institutions across North America caught up in sex scandals, there are still 24 men at U of O left with the lingering effects of guilt-by-association

In April, one of the team’s former players, Pat Burns, penned an open letter to the university’s president detailing how his reputation had been affected by the blanket suspension. Burns said that while he was fully cooperative with both police and university investigators, his classmates and the public assumed him guilty because of his membership on the team. He was disinvited from an annual athletes’ gala and a reception for graduating athletes, and he suggested that the university simply saw him and his fellow innocent teammates as “collateral damage.” “My years of dedication and my good name have been smeared by the very university I spent so much time working to promote,” he wrote. “And I’m not the only one.” Other players said they lost their summer jobs, were too anxious to go to class and couldn’t wear their team coats out in public without facing ridicule.

The University of Ottawa and Allan Rock defended the decision to suspend the entire team in a statement released a couple months later, saying that “widespread behaviour that was disreputable” compelled the university to punish all players. There was a vague mention of alcohol use (Hockey players drink? Good heavens!), but few specifics were supplied. And yet, even if specifics were there, it wouldn’t much matter; months earlier, the entire team was connected in the public mind in an alleged assault most had nothing to do with. Incongruously, the university then refused to release details of its internal investigation on the grounds it might violate the players’ privacy.

While the public’s attention has moved on to UVA, Dalhousie, and other institutions across North America caught up in sex scandals, there are still 24 men at U of O left with the lingering effects of guilt-by-association. This was Mr. Rock’s mess, and he still hasn’t cleaned it up. In hindsight, he should have opted for the Twitter shaming.

Allan Rock is an insult to Justice and the fundamental principles of Justice who represents the front line of Ontario's Male Apartheid system that deprives men especially fathers of all legal rights.

Ontario funds Billions of Dollars to its Fas.cist Program of promoting violence by women towards men. Police now arrest male victims of domestic violence for simply making a complaint of a mother being violent to children and or their father.

Ottawa Police Det. Peter Van Der Zander is typical of the lowest form of humanity who personally fabricates evidence NOT to charge violent women. Even after he was removed from such a case, his superiors Staff Sgt. Isobel Granger and Sgt. Norm Friel covered up his Fabrication of Evidence, Obstruction of Justice and what can only be called Domestic Terrorism.

After he was caught Fabricating Evidence he was PROMOTED.

That's the Ontario Fas..cist program that promotes hatred and violence towards fathers.