Lenore Skenazy: I let my 9-year-old ride the subway alone and was labeled ‘America’s worst mom’

Two Maryland parents stand accused of doing the unthinkable: They trusted their kids, 10 and 6, to walk home from the park. The children got about halfway there when someone saw them and called the cops.

For this, parents Danielle and Alexander Meitiv have been visited by the police and child protective services. Their kids were interviewed at school, without their consent. CPS even threatened to take their children away.

All because we are having a hysterical moment in our society. We believe children are in danger every single second they are unsupervised.

I learned this firsthand six years ago, when I let my 9-year-old ride the subway alone (we live in New York). I wrote a column about it. Two days later I found myself decried as “America’s worst mom” on the “Today” show, MSNBC, Fox News and NPR. 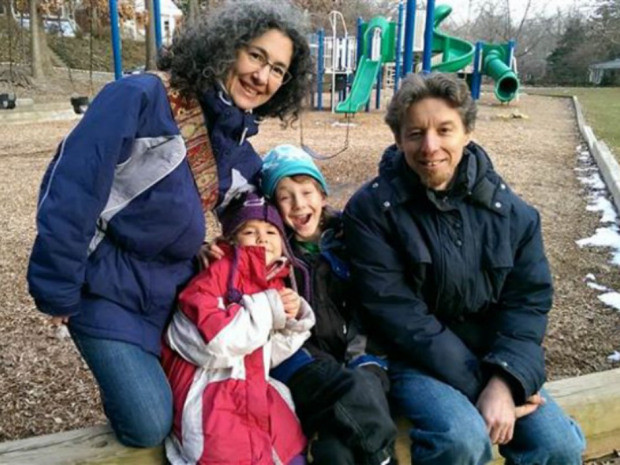 That weekend I started my Free-Range Kids blog to explain my philosophy. Obviously, I love safety: My kid wears a helmet, got strapped into a car seats, always wears his seat belt. But I don’t believe kids need a security detail every time they leave the house. When society thinks they do — and turns that fear into law — loving, rational parents get arrested.

Six years of daily letters from readers later, I know my work is only too necessary. Consider these examples:

— Over the summer, a South Carolina mom who sent her 9-year-old to play in a popular park was arrested for not supervising her child. She was held overnight in jail, and her daughter spent 17 days as a ward of the state.

— In the fall, an Austin, Texas, mom who let her 6-year-old play outside within view of the house was also visited by the cops and then child protective services. CPS interviewed her kids individually and even asked her 8-year-old daughter “if she had ever seen movies with people’s private parts,” the mom told me. “So my daughter, who didn’t know that things like that exist, does now. Thank you, CPS.”

— Last week, I got an email from a mom in Maryland. She’d left her 10-year-old in the car, watching her 1-year-old, while she — the mom — ran into the grocery. Someone called the police.

“I told him my daughter is responsible enough to watch her sleeping sister for 10 minutes, that I’ve never done it in the past but needed to get a few items, and [that] I didn’t want to wake her sister for that short a period of time,” she said. “He told me that a murderer that has never murdered anyone in the past doesn’t make him less of a murderer.”

Look at that language. Murder. As if the mom had intentionally endangered her child’s life.

The authorities act as if these children are “lucky” they made it out alive. But the facts don’t bear that out. Childhood abduction is exceedingly rare. As of 1999, the latest year for which we have statistics, the number of American children abducted in what’s known as a “stereotypical kidnapping” was 115, according to the Department of Justice. Of those, 40%, or about 50, were killed in a country of 72 million children under age 18.

Sadly, children are in far more danger of being abused, kidnapped or killed by their parents than by any stranger on the street. 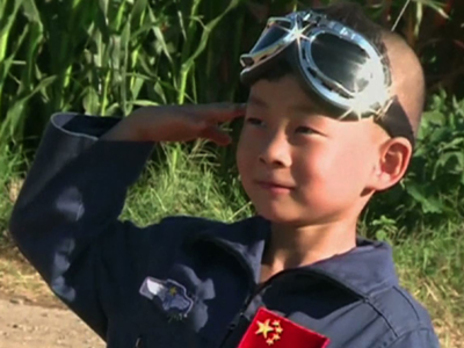 That’s why, when I interviewed Ernie Allen, then head of the National Center for Missing and Exploited Children, for my book, he told me, “We have been trying to debunk the myth of stranger danger.” He added that the safest kids are the ones with self-confidence.

Consider that word. It isn’t “parent-assisted-confidence.” To become street smart and self-reliant requires spending some time doing things on your own. Like walking home from the park, once your parents let you.

On my television show “World’s Worst Mom,” I try to help parents do just that. I take parents who are too afraid to let their kids play on the front lawn, or go to a public bathroom by themselves (at age 13!) and make them let go. Then I whisk the kids off to play in the woods or walk to the park.

When they come tumbling back, happy and hungry, the parents do something surprising: They grin. They’re so proud!

So, that is my prescription now for America, including its cops and case workers: Instead of imagining the worst, send your kids out to do something you did at their age. You can even have them wait in the car a few minutes.

Reality will break through the terror. And maybe we’ll stop criminalizing the parents who love their kids and also let them go.

When it comes to unthinkable Child Abuse, Spare a thought for the victims of Ontario's Criminal Organization called the Children's Aid Societies of Ontario.

The Children's Aid Society of Ottawa is riddled with professional Child Abusing Criminals that is so notorious that local lawyers call them "The Gestapo"
and for good reason.

The CAS Ottawa employ an unconvicted Child Abuser, Phil Hiltz-Laforge, who personally fabricates evidence to ensure that children are removed from Male Victims of Domestic Violence and given to the most violent of mothers.

Marguerite Lewis, a lawyer for the CAS Ottawa who personally fabricates evidence to protect women who repeatedly assault children and try to murder the full time fathers of their children.

Tracey Engelking, a lawyer for the CAS Ottawa commits criminal offences of Obstruct Justice by seeking Ex Parte Orders, without notice to the father and or even informing the father afterwards.

Timothy Minnema is a former CAS lawyer turned equally corrupt Judge of the Ontario Superior Court where he "rubber stamps" orders for the Ottawa CAS. He also turns a blind eye to blatant obvious fabrications of evidence by lawyers like Marguerite Lewis. Tim Minnema was or is a member of the Dutch Reform church, famous for being collaborators for the 3rd Reich.

The list of former CAS lawyers who turned Judges where they "rubber Stamp requests for the CAS to abuse Children is long and terrifying.

At the CAS Ottawa, one of the worst criminals is "Robert Godman" aka "Rob Godman" who "supervisors" the Abuse of Children by failing to return children to the parents that their own investigations showed were not a risk of harm to the child.

If you have any experiences with these Criminals, drop us a line.