After years of legal turmoil, Douglas Gary Freeman is finally back in the arms of his family in Mississauga. 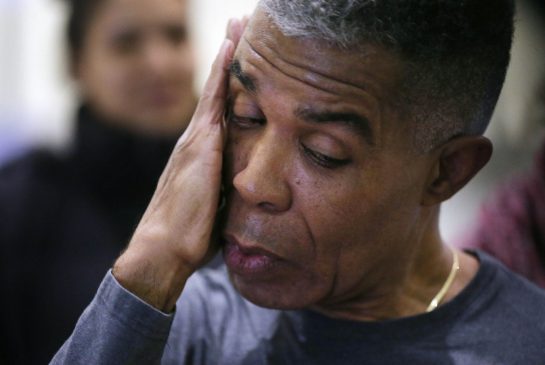 Douglas Gary Freeman is moved to tears after being reunited with his family as he arrives at Pearson International Airport on Wednesday night.

Leila, 37, said the family’s hopes have been raised and dashed so many times over the years that she couldn’t believe her dad was finally coming home.
Over the past 10 years, Freeman has missed family weddings, milestone birthdays, his children’s university graduations, the birth of his five grandchildren and the funeral for his father-in-law.
“Can’t get that back,” said his wife sadly.
She talked excitedly about the menial tasks she’ll undertake with Freeman in the coming days.
“I almost want a snowstorm so we can go out and shovel together,” Coelho said with a laugh. “Just all the little stuff ... I could never get my scrambled eggs like he does.”

When it comes to Domestic Terrorists every father in Ontario needs to be warned about a Detective Peter Van Der Zander who personally fabricates evidence to NOT charge the most violent of mothers who attempt to strangle to death the full time fathers of their Children.

Rarely is there ever so much evidence but to justify a string of criminal charges against the vile Child Abusing Evidence Fabricating, Rotten Cop.

He is not alone, In Ontario it's now normal for police to arrest and charge male victims of Domestic violence, even if they happen to police officers from another police force.