The Canadian Press and Globe staff 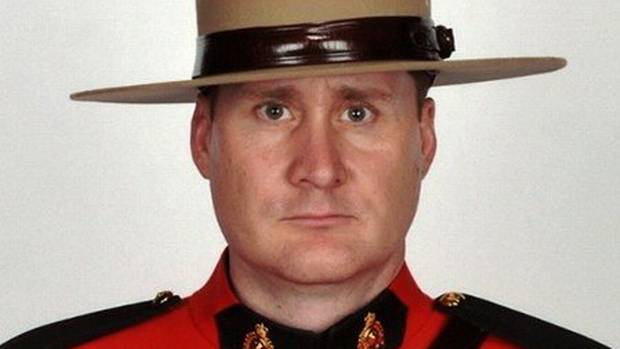 While we send our condolences to the families and colleagues of these two Alberta members of the RCMP, it is a tragic reality that the causes of these deaths and future deaths will not be addressed in any realistic manner but with politically correct mindset that comes from the narrow world as it is viewed by police.

The RCMP are first to be congratulated on having more accountability than any other police force. I've rarely ever met a member of the RCMP that did not impress as to ethics and integrity.

The problem is that deranged, mentally ill or those suffering serious personality disorders will develop a pathological hatred of police most probably on the basis of that small but significant percentage of what is called "Rotten Cops".

While most police officers are above reproach, there is still, in many police forces a culture of criminality, where the police are the worst criminals in society.

The Ottawa Police are such a Criminal Organization that bring disrespect, hatred and risks to every other officer who does not deserve to be at the receiving end of a psychopath who develops a pathological hatred of all police officers.

I would invite the RCMP to ask themselves why it is that Canadian Police are encouraged to commit crimes against society and in particular, crimes against the administration of justice.

Presently in Ontario, there is NO accountability for the worst criminals who are police officers.

Recently a Detective Peter Van Der Zander was caught, Fabricating Evidence NOT to charge a woman who tried to strangle to death the full time father of her children. He was first removed, another officer then took the precaution of screening charges with a Crown and then laid charges. As the local CAS called the Senior Crown Tara Dobec to have those Charges corruptly Stayed, the Ottawa Police promoted this "Rotten Cop" who now dirties the reputation of every other Police officer in Canada.

If the RCMP want to clean up their reputation, they can start with a phone call to the Chief of the Ottawa Police and inquire how and why, a child abusing evidence fabricating Rotten cop gets to be promoted AFTER he is caught Fabricating Evidence and Obstructing Justice.