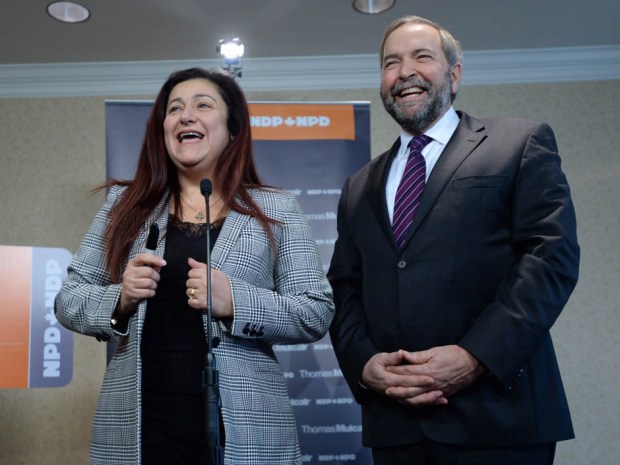 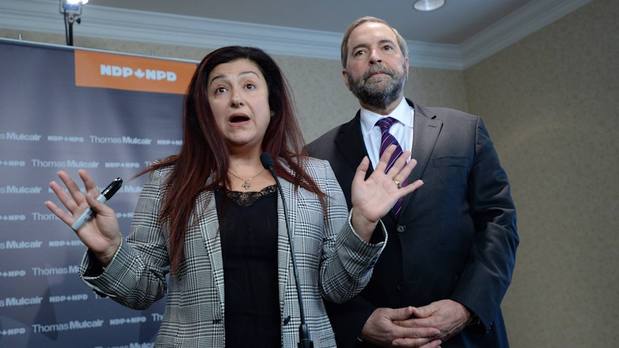 Elected in 2011 as a Bloc Québécois MP — her riding was one of the few in Quebec to resist the New Democratic Party orange wave — Mourani now is jumping ship to that very party.

At the root of the move to the NDP is her well-publicized dispute with former Bloc leader Daniel Paillé after she chose to oppose the Parti Québécois government’s failed charter of values.

The Bloc was in favour of the charter.

Her transformation, however, is complete as she now considers herself a federalist because she thinks the system offers the best protection for minorities.

After signing her first NDP membership card, Mourani will take a final step in the process and officially become the NDP candidate for the riding in the lead-up to the next election.

The nomination meeting is Wednesday evening. A sign of how important the race is for the NDP, party leader Thomas Mulcair plans to be on hand and will speak.

Mourani is running unopposed and will be acclaimed.

For the record, in the next election, the riding will be called Ahuntsic-Cartierville because of a federal riding redistribution process.

The addition of the Cartierville voters makes the riding more likely to vote Liberal, so Mourani has her work cut out for her. 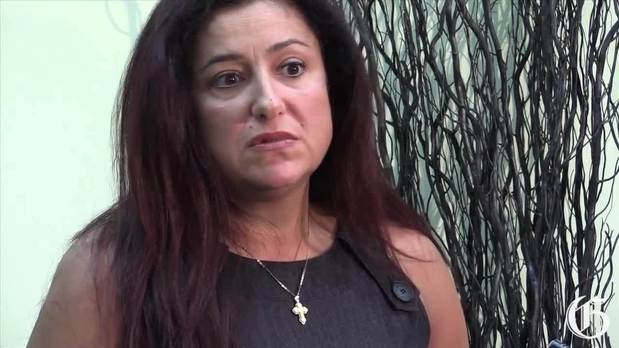 But with the federal parties cranking up their election machines, Mourani and the NDP are planning a big fight to keep their Quebec seats. If Prime Minister Stephen Harper respects the fixed-date election law, the election will take place in October 2015.

The challenge for Mulcair and his party is to prove the orange wave was not just luck or strictly based on the late leader Jack Layton’s personality.

An advantage for the party is the fact all but two of the 54 NDP Quebec MPs elected in 2011 are running again. In the last election, 75 seats were up for grabs in Quebec. With changes to electoral boundaries, the next campaign will be fought in 78 ridings.

Mulcair also wants a good performance here in the event of losses in other Canadian ridings — particularly to the Liberals who are polling ahead of the NDP.

However, the party has lost four MPs since 2011. St-Maurice-Champlain MP Lise St-Denis went over to the Liberals, Jonquière-Alma MP Claude Patry jumped to the Bloc, Repentigny MP Jean-François Larose joined Forces et Démocratie and Montcalm MP Manon Perreault is under investigation by the RCMP and was kicked out of the NDP caucus.

In preparation for the election, the NDP recently boosted its Quebec staffing.

And watch for Mulcair to make more and more appearances here in his home province.

Note: This commentary below was not going to be posted on this web site until, someone complained to the National Post and had it removed.

Any time that happens the post will be posted on a variety of web sites and will stay up indefinitely.

Tom Mulcair is to be congratulated on this latest small but significant success.

The NDP has a very dirty legacy inherited from Jack "the john layton" who spent most of his career dumping on fathers and supporting Ontario's slow but insidious fas.cist program of Gender Superiority.

While Tom Mulcair has ethics that put the other politicians to shame, he has yet to speak about the lack of legal rights for children and in particular the void of legal rights for Fathers that was created by the overlapping Liberal and NDP acceptance of Male Gender Apartheid.

Tom Mulcair has a one in a lifetime, golden opportunity to do the "right thing" to address the realities and not the politically correct but fas.cist programs of the NDP past.

50% of Canadians are male, most of them fathers and they are treated as the 3rd Reich treated the jews.

Ontario spends literally Billions of Dollars on it's fas.cist programs and not a single politician federal or provincial has yet to pluck up the courage and address the
most substantive modern issues that are an economic and social time bomb.

There are very serious problems with our Corrupt Dysfunctional Fas.cist Legal system that appoints the worst personalities as Judges who terrorize the country with abuses of absolute unaccountable power.

Is Tom Mulcair that courageous?

So far, dam near every provincial and federal politician plays the
WYFM , "whats in it for me" and does not give a dam about
Canada's future.

It's time for change and Tom Mulcair

now has a very short window of time to

kick but or turn up his political toes.