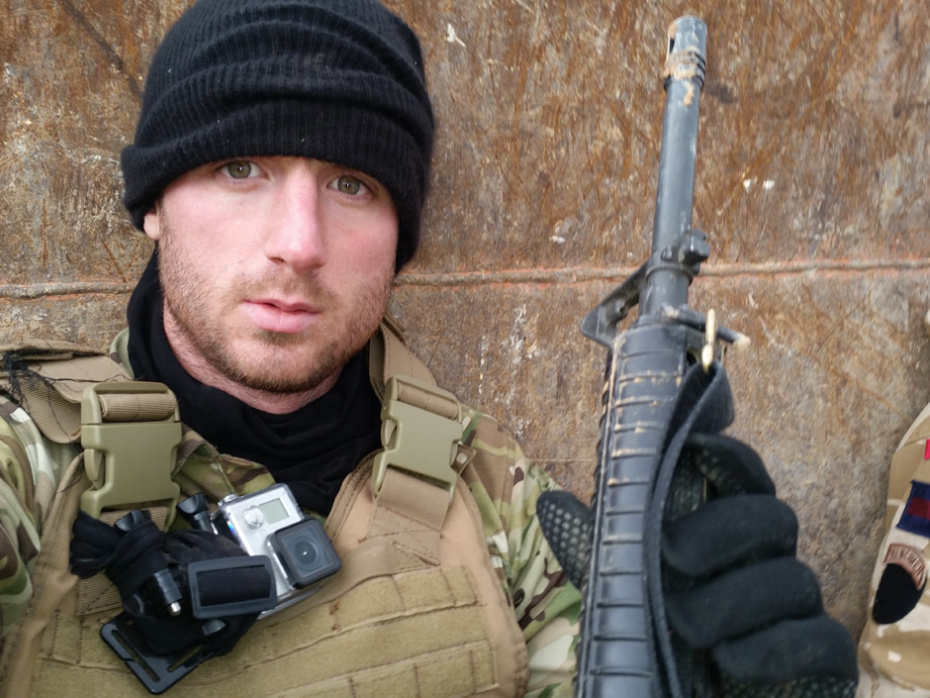 “We are proud and relieved that Dillon has returned safely home from the Middle East,” Randy Hillier, a Progressive Conservative MPP, said in a statement posted on his Facebook page.

He said his son, who saw combat alongside the Peshmerga, would be “taking time to readjust and reunite with friends and family at home before he is available for any further public comment or availability.”

A retired corporal in the Princess Patricia’s Canadian Light Infantry, Dillon Hillier traveled to Iraq in November to volunteer with the Peshmerga, saying it was “the right thing to do.”

The Peshmerga had been recruiting Westerners into its ranks but last week posted a message on Facebook saying its volunteer coordinator had been “released of duties.”

The note advised prospective recruits to make their way to Patriotic Union of Kurdistan headquarters in Iraq but “you very likely won’t be used for direct engagement unless it’s really urgent.”

Kurdish forces recently retook control of Kobani — a major defeat for ISIS, which suffered heavy loses in the fight. Six Canadian extremists were among those reported killed around the Syrian town.

Mr. Hillier was the first veteran of the Canadian military known to have joined Kurdish forces battling the Islamic State of Iraq and al-Sham. His public acknowledgment that he was fighting alongside the Kurds, and reports that more Canadians were preparing to join him at the frontlines, caught the government by surprise.

Foreign Affairs Minister John Baird warned that Ottawa could not assist Canadians in the region and suggested they instead join the Canadian Forces or “look at humanitarian work.”

Canada’s six CF-18 fighters based in Kuwait have been conducting air strikes against ISIS, and almost 70 Canadian soldiers are training the Iraqi military and have engaged with ISIS three times.

But frustration over the limited Western military response to ISIS atrocities appears to have prompted some veterans to volunteer to fight, with some citing the October killings of two Canadian Forces members by extremists.

“Jane and I would like to express our deep appreciation to all those who contacted us, offering their thoughtful and generous support to our son Dillon while he was engaged alongside the Peshmerga in Iraqi Kurdistan against the Islamic State (ISIL),” Randy Hillier said.

Randy Hillier is one of the few "honourable" members of parliament who has stood up and asked parliament for accountability for the Children's Aid Society, a Liberal cult that is in reality a Mega Billion Criminal Cartel that can only be called

Canada can send fathers to fight overseas but they are being killed in droves in Canada by a Fas.ist war against fathers, of "Gender Superiority" that is in Ontario

funded with billions of dollars to fund the litigation of the most violent mothers in Canada.

While Canadian Fathers are sent overseas, the Family Courts of Ontario ruthlessly terminate children's relationships with fathers often because the mother was violent to the father.

In Ontario, it results in 99% of custody cases of children being placed with mothers who usually get, 99% of the time anything and everything they want.

For this, you can thank the decades of Liberal patronage of the Criminal Cartel called The children's aid societies of Ontario.