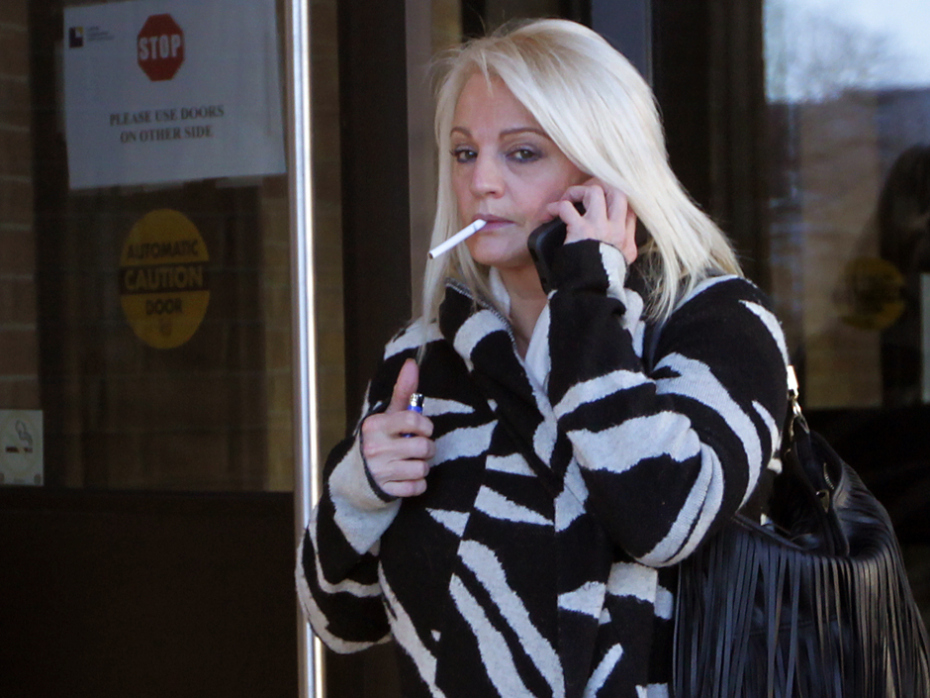 Sabrina Lacommare holds a phone to her ear as she leaves Superior Court in Windsor on Tuesday.

A cocaine dealer claims she is a battered wife who sold little bits of her husband’s drug inventory to make money to flee the abusive relationship.

But a man who says he was her former lover told a different story when he testified against her in Superior Court Tuesday.

Sabrina Lacommare, 49, was arrested in June 2011 with 10 baggies of cocaine and a big wad of cash in her purse.

When police raided her Lakeshore home that same day, they found more coke, scales, packaging materials and more than $8,200 in Canadian and U.S. cash.

Defence lawyer Patrick Ducharme told the court all the cocaine belonged to Lacommare’s abusive husband, Mark Anthony Trudel. While Trudel was in Calgary, Lacommare took some of the cocaine her husband had hidden in their home and sold it to his customers, Ducharme said.

But Steve Hillman told a different story. Hillman said he met Lacommare in August 2010 at Edge Nutrition where he worked. Lacommare would visit him and they became friends, then lovers. 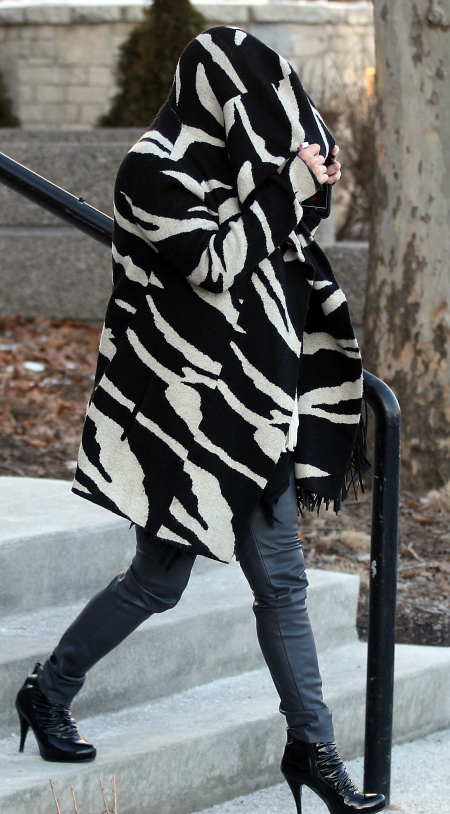 Sabrina Lacommare covers her head while leaving Superior Court in Windsor on Tuesday.

Lacommare, a petite blond, had no job, but was always flush with cash and “dressed to the nines,” Hillman said.

When the relationship became intimate, Lacommare disclosed that she sold cocaine for a living, Hillman testified. She had been doing it for eight years and made $1,000 a day at it, Hillman said Lacommare told him.

Hillman said Lacommare carried a cellphone that rang incessantly. Lacommare would have brief conversations then would run off to meet her customers.

Hillman said Lacommare’s cocaine would come in parcels mailed in Calgary. She would pick it up at the post office in Belle River, then hide it in her home.

Under questioning by federal drug prosecutor Richard Pollock, Hillman said he never noticed any injuries to Lacommare that would suggest she was being abused. In fact, Hillman testified, Lacommare told him she once punched her husband in the face and threw a set of keys at him when she suspected he was cheating on her.

Hillman said their relationship petered out after she was arrested.

Under cross-examination, Hillman testified he was collecting a provincial disability pension and was supplementing that income by working under the table at his friend’s store. He was once caught smuggling a nutritional supplement over the border. Ducharme called Hillman a habitual liar.

Ducharme also questioned Hillman about a sex tape he made with Lacommare. Hillman testified Lacommare concoted a story that Hillman had made the tape without Lacommare’s knowledge and emailed clips from it to people, including her husband. Hillman said when he showed the video to police, they dropped their investigation because it was clear Lacommare knew about the recording because she was holding the camera.

Lacommare also tried to get a restraining order against Hillman.

“She was trying to ruin my credibility because she knew I’d be testifying here today.”

Lacommare pleaded guilty Monday to one count of possession of cocaine for the purpose of trafficking. Her husband had faced the same charges, but the prosecution withdrew them after police determined Trudel had been out of the province at the time of the raid.