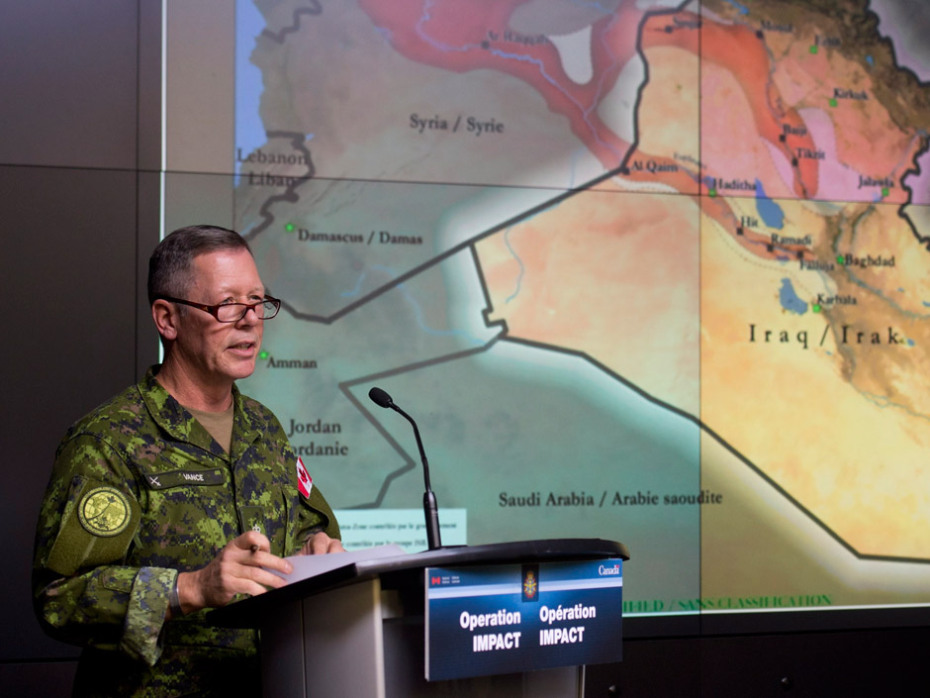 Unlike our allies who have kept a lid on the operational activities of their special forces in Iraq, the Harper government and the Canadian military made an uncharacteristic decision to permit details to be released about what Canada’s special forces are doing there.

Hence the storm of criticism led by the opposition and the media that likely will intensify Thursday when Defence Minister Rob Nicholson and Gen. Tom Lawson, the chief of defence, are to answer questions from parliamentarians.

I have been told by Iraqis and Kurds during several visits to the region last year and by Western sources there and elsewhere, that American and British special forces often have operated “outside the wire” and have been in serious gunfights with the Islamic State of Iraq and al-Sham (ISIS).

The telling difference is that the Yanks and Brits, who between them have perhaps 30 times more special forces in Iraq than Canada does, have maintained silence on what they are up to — for reasons of operational security — while our “openness” has turned to bite both the government and our Special Operations Forces Command.

An upshot of this is that the opposition and journalists in Canada have been reporting that U.K. and U.S. soldiers have not been forward deployed and in combat alongside the Iraqis and Kurds they are advising. The implication is that only Canadians have, with the further insinuation that the government has been acting nefariously, breaking promises and so on.

Yet more than two months ago, Britain’s Daily Mail reported that “SAS troops with sniper rifles and heavy machine-guns have killed hundreds of Islamic State extremists in a series of deadly quad-bike ambushes inside Iraq” that were taking place almost daily.

If this report is true — and given the storied history of the SAS, the Green Berets and U.S. Navy SEALs, it would be passing strange if it wasn’t — the Brits and the Yanks are deeply involved in combat missions. That is something very different than what the modest number of Canadian advisers have been up to there.

The U.S. and Britain have been conducting such “black ops” for months. Canada’s 69 special forces apparently have been involved only in far more benign “white ops.” Small numbers of Canadians — typically it would be four to eight soldiers at a time — have sometimes left the bases they are living on because that is the only way to effectively teach Iraqi and Kurdish forces how to surveil hostile terrain and to laser enemy targets for coalition aircraft flying overhead.

Openness is not second nature for Prime Minister Stephen Harper. Our allies must be wondering why his government decided to share this usually secret information now — because there is no going back. Imagine how the critics would howl if the information door were now to be slammed shut.

But if the government is going to be open, it should be completely open about what is going on. Canadian special forces soldiers are in Iraq. They are providing military advice to Iraqi armed forces. Sometimes they are out on patrol with Iraqi soldiers. If they come under fire, they are going to fire back. This was obvious to anyone with much experience of how recent wars have been conducted, yet the government and Gen. Lawson suggested this was not the case several months ago.

The ensuing hullabaloo is a reminder of the childish, uninformed level of debate in Canada about military issues. We are so different in this regard from our allies. One need only look at the Australians — who have three times as many special forces in Iraq as Canada does — and the more mature way they discuss defence matters.

There is a broad national consensus on defence Down Under instead of our deep chasm between handwringers and realists. Our elites want Canada to be heroic in some touchy-feely way but at the same time to remain boy scouts, unbloodstained, to let others carry the fight for us. They want to play armchair quarterback in a game they not only despise but do not understand.

Canadians, particularly our elites, should wake up and grow up. There is something big and very frightening going on in the Middle East. A bunch of zealots under the banner of ISIS is not only trying to take over Iraq and Syria, they have acted on promises to come for us, in Canada. We can sit passively and await their further deadly incursions. Or we can take on our proper responsibilities to defend Canada and Canadian interests and get out into the world and assist those who confront this evil.

The opposition and some of the commentariat aside, most voters appear to be standing with the Harper government in its approach to ISIS. An example was provided last week in St. Catharines, Ont., as an audience gathered for a business announcement applauded when the prime minister told them, “if those guys fire at us, we’re going to fire back and we’re going to kill them.”

Polls — including those conducted in Quebec, which is notoriously averse to sending Canadian troops into war zones — are of a piece with that.

Most Canadians understand the ISIS threat and are not surprised or bothered by Ottawa’s military engagement in Iraq.

The Opposition attacks on Harper on this issue really show the lack of all the parties to act in a bipartisan manner when it comes to national security.

Tom Mulcair has accused Harper of "lying" to Canadians when he had a host of reasons as to why he could not be more specific at the time.

It begs the question as to why, Harper chose to "come clean" now.

Did he deliberately bait the opposition to call him a liar?

All the political parties need a check up from the neck up and a kick in the rear when it comes to recognizing domestic terrorists that receive Billions of Dollars of Federal and provincial funds to support fas.cist government programs of Male Gender Cleansing.