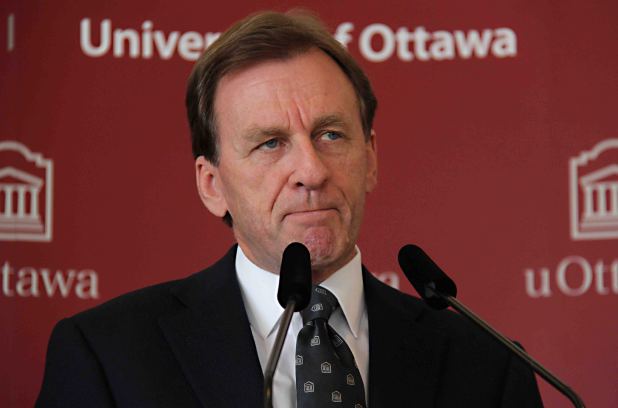 Two high-profile sex scandals have prompted the University of Ottawa to adopt 11 new recommendations put forward by a Task Force on Respect and Equality to make the school a “beacon” when it comes to tackling sexual violence.

The move sets the school apart from other universities in the country, according to executive director of the Ottawa Coalition to End Violence Against Women Erin Leigh.

“The senior administration commitment and resources and engagement with students and community partners really sets it apart,” said Leigh. “To have the President of the university say this is a priority, do something, that is special.”

Leigh said she was impressed with how comprehensive the report was, with plans to introduce courses on rape culture and the commitment to senior administration training and having resources readily available. She also found it useful that the report surveyed 1,088 students, more than two-thirds of whom were women.

“What we see here is a strong commitment from senior administration with very concrete action and resources to support that action.”

UOttawa President Alan Rock presented the findings of a report that looked at sexual violence and rape culture at the school – a report prompted by a leaked Facebook page in February of last year that detailed sexually graphic banter about the head of the student union.

A month later, the University suspended the men’s hockey program amid sexual assault allegations stemming from the team’s trip to Thunder Bay last year. Two of the team’s players were later charged with sexual assault.

The report, which followed a nine-month investigation, recommends everything from the university creating an action team to respond promptly to allegations, implementing a new sexual violence policy and making sex assault stats public.

While the report does take the issue seriously, Leigh did note that it was a reaction to two scandals that tainted the school last year. She wants to see other universities take a proactive approach to rape culture.

Alan Rock represents one of the most outrageous examples of promotion of hatred towards men in Canada.

This is a university with the reputation of promoting murder and violence by women to wards men.

Alan Rock as a former government minister was key in promoting Ontario's Fascist ideas of Gender Superiority that have promoted murder and violence by women towards men.

Any male victim of domestic violence has a better chance of being arrested and charged than the female perpetrator.

The Ottawa Police train their officers officially and unofficially to promote that violence by women towards men.

Its called "old school policing" it also makes the Ottawa Police a Fascist Criminal Organization that is part of the Extreme Feminist doctrine of "Gender Superiority"
that results in 99% of children being placed with mothers even when they are the most violent.

If you meet any of these vile examples of humanity.

Ask them to resign.

Ontario's Fascist Government Program of promoting murder and violence by women towards men is no better exemplified by Ottawa's most outragious insult to justice than
Crown Attorney TARA DOBEC.

You see, Tara Dobec "Stays charges" when faced with incontrovertible evidence of violence by women towards children and partners.
Tara Dobec recently overrode a decision by another Crown Attorney to charge a mother with death threats and assault for some 55 assaults in just one day.

The evidence was numerous photographs taken by doctors, medical reports, reports to lawyers and digitial audio recordings of ALL the assaults with the mother describing why he deserved absolute cruelty and why she wanted to cause him pain and suffering.

Tara Dobec is effectively one of the worst child abusers in Canada. She is entrusted to serve and protect and acts like a operator of a gas chamber at a concentration camp with about the same level of empathy and compassion.

The very worst Domestic Terrorists are not members of ISIS but of the Attorney General's department of Ontario that operates like Himler's SS, in promoting murder and violence against one gender, 50% of the population simply to satisfy
Ontario's Fascist Ideas of Gender Superiority.

Tara Dobec also stays charges against the most vile of child abusers like
Marguerite Isobel Lewis, an Ottawa CAS lawyer who personally fabricates evidence
to abuse children to remove them from male victims of domestic violence and to place them with the most violent of females.

Our justice system is akin to that operated by the Gestapo, which is the name that local lawyers use when referring to the Children's Aid Society of Ottawa.

Alan Rock makes many fathers and males in Canada want to puke.

by women towards men and advises them to claim to be victims.

That's Ontario and its one of the reasons why Ottawa is a very dangerous place for fathers and a very high probability of fathers being victims of endless domestic violence.

Thanks now, in part to Alan Rock.

The University of Ottawa has incredible power.
The University is able to silence any criticism of its policy of promoting murder and violence by women towards men by its extreme feminists.

Alan Rock was a key member of an Ontario Government that slowly and insidiously removed legal rights for children and fathers, which increasingly anointed as Judges, the excrement of the legal profession who worked for the Children's Aid Society.

These former CAS lawyers turned Judges now Rubber Stamp any and all decisions requested by the CAS to the point that they have become effectively the Judges who fabricate their own self serving evidence.

One such Judge is Timothy Minnema, who turns a blind eye to Marguerite Lewis's blatant fabrications of serious admissions of sex abuse when no such admissions were made. Timothy Minnema is a classic example of how Ontario appoints professional Child Abusers to be judges of the Ontario Superior Court where he personally Fabricates Evidence and, turns a deliberate blind eye to Fabrications of Evidence by Marguerite Lewis.

Before you Rush to "Flag" this item, you might like to know that Marguerite Lewis was investigated by the Ottawa Police for Fabrication of Evidence and Obstruction of Justice. These are criminal offences against Children and against the Administration of Justice.

A Sgt John Gibbons of the Ottawa Police concluded "She lied to the Judge , its perjury".

Ottawa is riddled with Government Funded Domestic Terrorists and the problem is systematic lack of accountability with an ever increasingly level of Corr.uption in the Judiciary of Ontario.