Justin Trudeau on being Catholic, pro-women’s rights and pro-choice 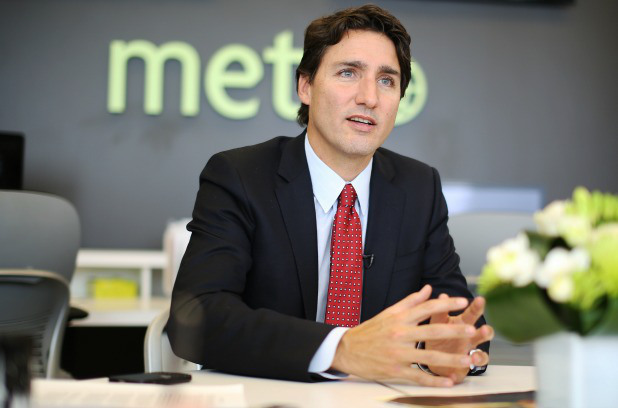 On the divisive issue of abortion Justin Trudeau has a practiced answer. It’s one he says is based on personal conviction, not political strategy.

He supports a woman’s right to choose.

He’s Catholic, but said that elected representatives should not impose personal views on entire communities.

“I’ve sat down with a number of bishops, archbishops and even a cardinal and I’ve talked about the fact that their job as priests is very different than my job as a leader, as a politician,” he said.

He became a little emotional when speaking about his mother, before quickly composing himself.

“My mom also taught me that strength is also about vulnerability.”

Trudeau recalled his mother’s fear of going public about her mental health struggles. She had been criticized in the press for other issues and feared more of the same.

“Instead, people were unbelievably supportive and positive,” he said. “All my life people tell me how great my dad was and what an impact he had, but over the past few years as many people come up to tell me the work my mom has done on mental health has had an impact on them.”

He was tested last year when two Liberal MPs were accused of sexual harassment. He kicked both out of caucus.

“Most workplaces are further ahead than the House of Commons was, and that’s why there was very little I could do within our existing system, which is why the actions I took were fairly decisive.”

He sighed before answering that cultural change is needed before legislative change.

“Our judges, our judicial system, our police, our investigators, are in a very, very difficult situation responding to something like that, that’s already happened and in many cases, ends up being he-said-she-said,” Trudeau said.

Justin Trudeau has some serious problems in that he turns a deliberate blind eye and remains silent on the Ontario Governments Fascist Program of Gender Superiority that makes being a full time father in Ontario, an almost certain probability of being a victim of domestic violence, without the right to call police or have any legal rights in the province of Ontario.

Justin Trudea will Flip Flop, change colours and or deal with the devil as any other politician in Ottawa. He is not the person he presents in his image.

The Saga of Eve Adams is a classic example of how a Politician like Justin Trudeau can fall for an attractive women and see what he wants to see and not what is actually there.

Justin Trudeau's brain worked exactly like Steven Harper's except, now, Justin Trudeau is taking a gamble with a certain risk of failure, of taking on Eve Adams who has an incredible record of ethical problems, failed relationships and double crossing men, including Steven Harper.

Justin Trudeau is heading for a pile of trouble that his brain just refuses to allow him to consider. How could there be anything wrong with this blind brown eyed bomb shell, the hottest female in Canadian Politics.