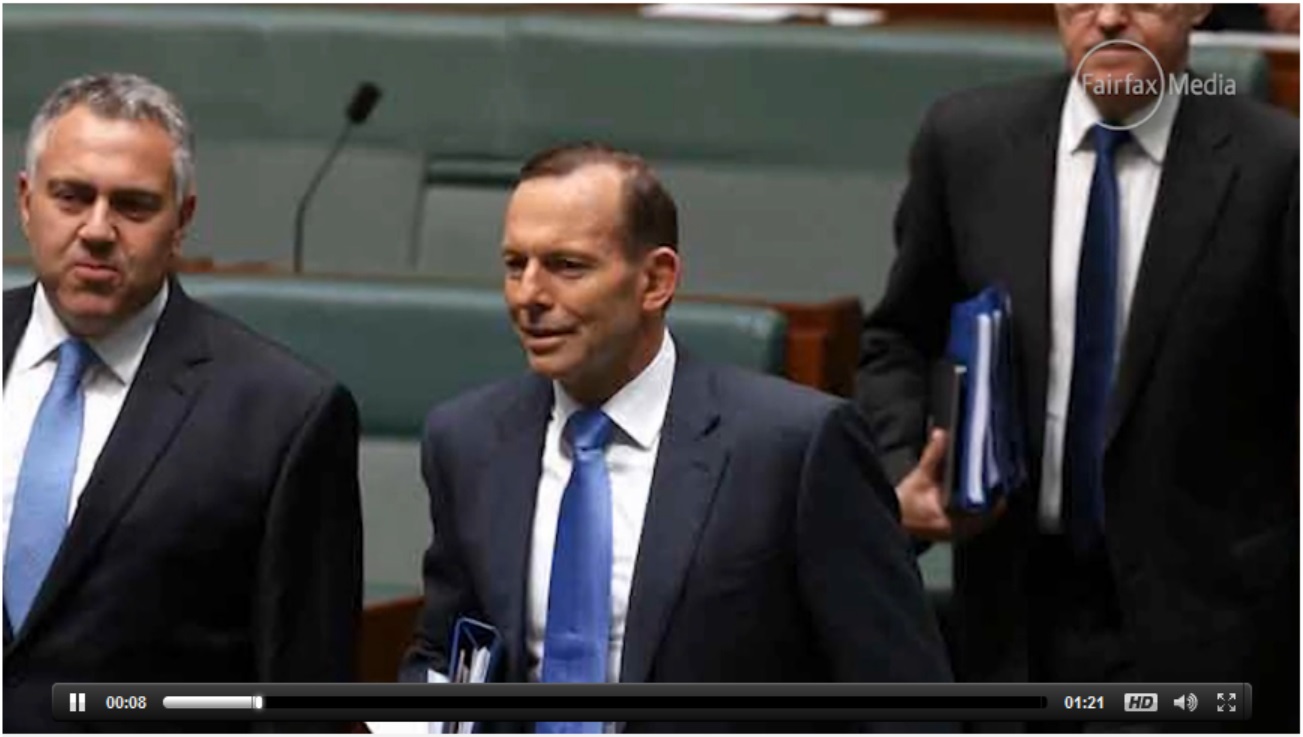 Tony Abbott will meet with his party on Monday to fend off a challenge to his leadership, 24 hours earlier than the party spill motion was scheduled.

Before Julia Bishop thinks she can challenge for the PM position, she needs to take a look at her decision NOT to take any interest in an Australia Child Citizen who was incarcerated in Ottawa Ontario as the result of Fabrication of Evidence by a lawyer and a police detective who was later removed and charges laid by another detective.

Julie Bishop was provide with incontrovertible evidence that the Ottawa Police and the unaccountable Child Protection private corporation called the Children's Aid Society of Ottawa flagrantly fabricated evidence to place an Australia Child with a mother who was charged with death threats and assault for death threats and 55 assaults in one day.

Julie Bishop was also provided with translations that showed the mother had an addiction to Strangulation and spoke of strangling the children.

Julia Bishop took no notice when another male partner reported to Police that she assaulted him with a stranglehold to his neck and the Ottawa Police did nothing.

If she can't act as a responsible DEFAT minister she can't be realistically considered for the Role of PM.

Four Prime Ministers in Four Years would be obviously troubling and an international embarrassment.

When is Four Prime Ministers in 20 months it begs the question as to why the Opposition has not expressed it's concerns to the incredible national embarrassment that is unfolding.

Its a sad reality that those who achieve the position of Prime Minister are riddled with personality problems that go into a mad mad world of delusional ability to make decisions without talking to anyone but themselves.

Tony has long suffered from engaging his mouth without his brain too many times and the endless examples of sheer stupidity cannot be resolved by collection of gutless politicians afraid of challenging a leader, who is guaranteed to keep shooting his mouth off.

"My government" we screwed up, not one word of "I screwed up" and
next time I will consult with others before shooing my mad monk mouth off.

Tony can move the meeting forward one day, but the odds of him not receiving divine messages of absolute wisdom and not being a speaker from god is now, from experience sadly and entirely remote.

If we believed Tony, that it's the Public and not the cabinet who decide who is going to be prime minister, than if that is true, then tomorrow will be Tony Abbott's last day as Australian Prime Minister.

What a pity he never learned to engage his brain before his mouth. His mistakes were minor but habitual and eventually, a national embarrassment that cannot continue.